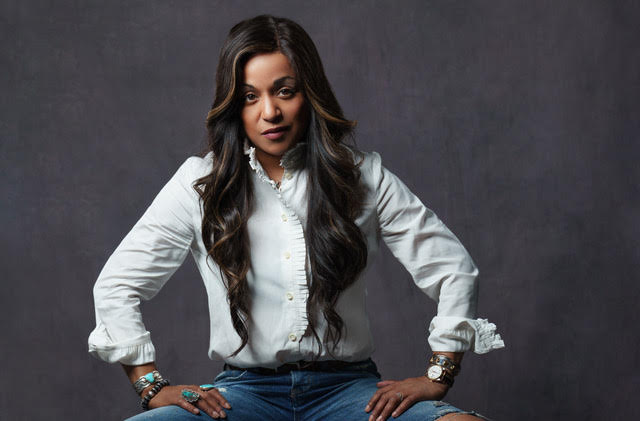 Cotton is a New York City-based singer/songwriter originally from Hopewell, New Jersey, whose style is rooted in gospel with an emphasis on jazz, soul and rock. In 2010, Cotton was named Lilith Fair’s Ourstage Local Talent Winner for New York City. Since then she has shared the stage with the likes of Robert Cray, Bon Jovi, Gregg Allman and many others.

Tickets are $25 for adults and $15 for youth age 16 and under. There is a 50% tickets discount for frontline workers. BTG is following all state and municipal safety guidelines in effect. Patrons should bring low-back chairs and/or blankets to enjoy the performance under the tent. For tickets and more information, see the Berkshire Edge calendar or contact Berkshire Theatre Group at (413) 997-4444.

Ungar and Mason achieved international acclaim when their performance of Ungars’s composition “Ashokan Farewell” became the musical hallmark of Ken Burns’ “The Civil War” on PBS. The soundtrack won a Grammy Award and “Ashokan Farewell” was nominated for an Emmy Award. The duo draw their repertoire and inspiration from a wide range of American musical styles along with their own songs, fiddle tunes and orchestral compositions. In recent years, Ungar and Mason have reached an ever-widening audience through their appearances on “Great Performances,” “A Prairie Home Companion,” their own public radio specials, and through their work on film soundtracks such as “Brother’s Keeper,” “Legends of the Fall” and PBS documentaries. They have performed at the White House for two presidents and tour extensively delighting audiences across the country.

Tickets are $25 in advance and $30 at the door, and pre-purchase is recommended due to limited space. For tickets and seating guidelines, see the Berkshire Edge calendar, or contact (413) 429-1176 or deweysessionsmusic@gmail.com.

Held on the lawn outside BBG’s Education Center, the sale will include a diverse selection of hardy perennials chosen for fall interest, with varieties of goldenrod, aster, fern and honeysuckle. Grown in-house, the collection includes sun- and shade- loving perennials as well as a selection of popular plants from BBG’s greenhouse and display gardens.

Timed admission ticketing will be required for all attending the plant sale. Admission is $7.50 for adults and free for members and children under 12. Proceeds from the Plant Sale support BBG’s education and horticulture programs. For more information, contact Berkshire Botanical Garden at (413) 298-3926 or info@berkshirebotanical.org.

Reiniger (1899-1981) was a German film director who is considered the foremost pioneer of silhouette animation. In 1918, Reiniger created animated intertitles for “The Pied Piper of Hamelin,” a film directed by Paul Wegener. She was admitted into the Institute for Cultural Research, an experimental animation and short film studio. She was asked in 1923 to create a feature-length animated film, an unusual request at the time. The result was “The Adventures of Prince Achmed,” a project that took three years to produce. Reiniger and her staff crafted thousands of cutouts of intricate silhouettes. For each frame, the cutouts were manipulated by hand and then shot by a camera operated by her husband, Carl Koch. Twenty-four frames were needed for each second. The final product was nicknamed a shadow show, a recognized artform of which Reiniger is considered the inventor.

A former film curator for the Berkshire Museum’s Little Cinema, Gilder has appeared on the film podcast “Citizen Dame.” Her play “The Curious Abduction of Mona Lisa” was performed at Ventfort Hall in 2013.

Tickets, whether in attendance at Ventfort Hall or viewed via Zoom, are $20 and advance reservations are required. For tickets and more information, see the Berkshire Edge calendar, or contact Ventfort Hall at (413) 637-3206 or info@gildedage.org.