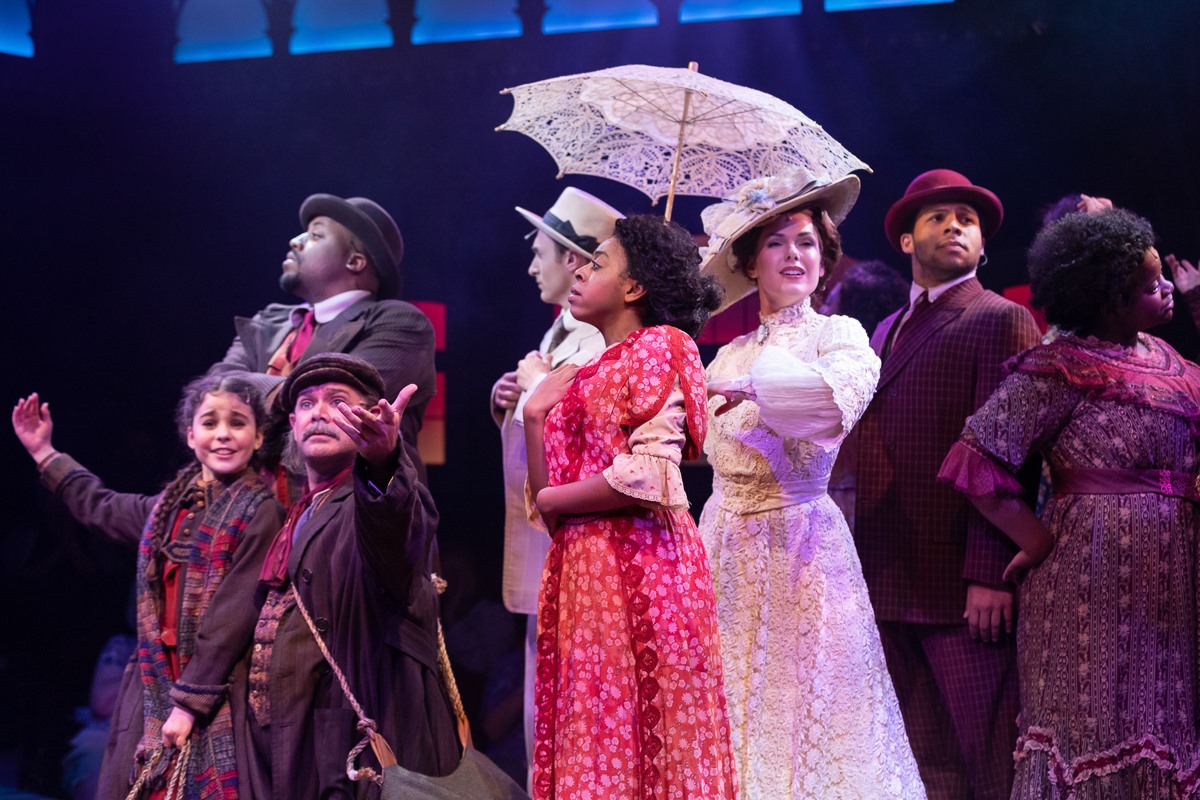 Chatham, N.Y. — Mac-Haydn Theatre has announced the launch of “In the Meantime,” a weekly webcast series hosted by producing artistic director John Saunders, as part of the Mac-Haydn Online virtual programming initiative.

The series will premiere Friday, May 22, at noon and continue subsequent Fridays at noon throughout the summer, with episodes appearing on the Mac-Haydn’s online platforms and machaydntheatre.org. Episodes will showcase notable Mac-Haydn alumni discussing their artistic endeavors during quarantine as well as their past experiences working at the theatre.

This week’s episode will feature Mac-Haydn favorite Emily Kron, last seen as Audrey in the 2019 production of “Little Shop of Horrors.” Kron’s past roles at the Mac-Haydn also include Sally Bowles in “Cabaret,” Nellie Forbush in “South Pacific,” Geneviève in “The Baker’s Wife,” and her Berkshire Theatre Award-winning performance as Mrs. Lovett in “Sweeney Todd.”

Bergman is the author of the Friends of Charles Dickens Award-winning collection of short stories “Counterpoints.” “Cement Dust” is Bergman’s second published novel. The former communications director at the Berkshire Historical Society and former executive director of the Edna St. Vincent Millay Society, Bergman is a working theater critic in the Berkshires as well as a former journalist for CBS Newsfeed and other newspapers and websites.

Conducted each year to honor the year’s best independently published books, the IPPY Awards recognize excellence in a broad range of styles and subjects. Due to the COVID-19 pandemic, the gala award ceremony in New York has been canceled; winners will instead use #IPPY2020 to post acceptance speeches and related award content.

Copake, N.Y. — In association with the Copake Grange, the Two of Us Productions will present to classic radio drama thrillers as the next offering in its Virtual Staged Readings Series Saturday, May 23, at 7 p.m.

In “Trouble at the Circus,” detective Dick Tracy investigates the sudden death of a talented elephant trainer who dances with her elephants until the night that she is trampled to death for no apparent reason. In “Justice Wears a Blindfold,” Daily Sentinel newspaper publisher Britt Reid learns that a well-respected local judge is apparently going out of his way to not send a local hoodlum to jail. Donning his alter ego as stern justice fighter the Green Hornet, Reid and his resourceful assistant Kato intervene to make sure that the trial is fair and the public is protected.

An annual collaboration between DTF and local schools for the past six years, the program has provided opportunities for regional middle- and high-school students to learn about playwriting and create plays of their own. This year, DTF has taken its classes online, making the Vermont tradition available to all students and teachers. For the 2020 session, entries will be accepted on a rolling basis and will continue throughout the summer, culminating in a celebration of the winning plays in the fall.

This year’s teaching artist, Heidi Armbruster, is a New York City-based theatre artist and a founding member and co-curator of DTF’s Women Artists Writing Group. Armbruster’s play “Mrs. Christie” received its world premiere at DTF in 2019. Her plays have been produced and developed at theaters across the country. As an actress, Armbruster’s credits include “Time Stands Still” on Broadway and the Lincoln Center production of the Pulitzer Prize-winning play “Disgraced.” She was awarded a Drama League nomination for her work in the Keen Company’s revival of “Tea and Sympathy” and has many TV and film credits.

The program offers brief virtual lessons taught by Armbruster, with writing prompts and assignments available for download. Instructors may schedule a session for a whole class or individual sessions for specific students. The first four classes are available through DTF’s website and official YouTube channel, with more to follow soon. Classes and play submissions can continue throughout the summer, and educators interested in participating should contact Armbruster at heidiyp@dorsettheatrefestival.org.