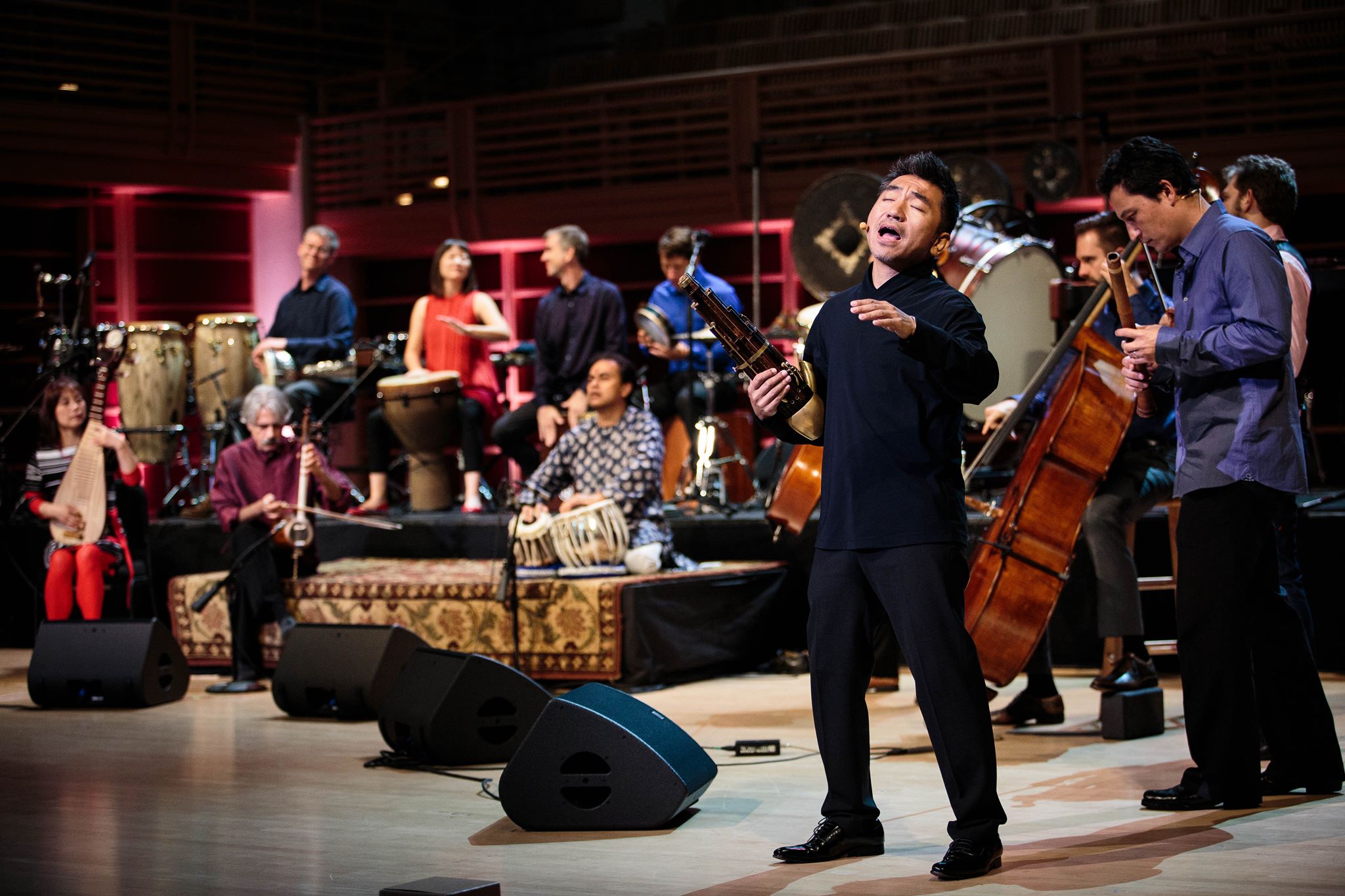 Lenox — Shakespeare & Company will host its 2018 season gala Saturday, June 30, at 5:30 p.m. This year’s event will honor trustee Michael A. Miller for his 25 years of dedication and feature a performance blending music and theatre from the Silk Road Ensemble and Shakespeare & Company performers.

The evening will begin outdoors in the Roman Garden Theatre with cocktails, hors d’oeuvres and a silent auction. The festivities will continue at 6:30 p.m. with performances by musicians from the Grammy Award-winning Silk Road Ensemble and Shakespeare & Company artists. After the performances, guests will be welcomed into the tented courtyard for an elegant dinner catered by Kate Baldwin Food. After dinner, guests will be invited to join the entire Company for desserts and dancing with DJ BFG.

Founded by cellist Yo-Yo Ma in 1998, Silk Road Ensemble creates music that engages difference, sparking radical cultural collaboration and passion-driven learning to build a more hopeful world. Its musicians represent dozens of artistic traditions and countries, from Spain and Japan to Syria and the United States. The Ensemble is a musical collective that appears in many configurations and settings, from intimate groups of two and three in museum galleries to rousing complements of 18 in concert halls, public squares and amphitheaters.

All tickets include admission to the opening performance, cocktail reception, dinner, dancing and dessert. For those interested only in the after-party with cocktails and dancing, passes are available $40. Festive dress is encouraged. For more information or to reserve tickets, call (413) 637-1199 x105.

West Stockbridge — Turn Park Art Space will present a site-specific performance Sunday, July 1, at noon to inaugurate the opening of its “Inhabitants of Childhood” exhibit by Georgian-American visual artist and designer Uta Bekaia.

New York City-based Georgian artist Bekaia’s favorite childhood playground was the forest, and his installation at Turn Park is based on his childhood fantasies—his sculptures are half animals, half invented creatures. A multimedia artist, Bekaia combines performance with wearable sculptures and mixes video with sewing and embroidering craft to create art shows that are colorful, avant garde and outrageous.

The suggested admission price is $15 for the general public and free for Turn Park members. For more information, contact Turn Park Art Space at (413) 232-0275 or info@turnpark.org.

A dance-driven musical that takes place in a fictional nightclub, “Scat!” is the tale of one family and what happens when dreams encounter the realities of American life in the 1940s and ’50s. “Scat!” was created and choreographed by Urban Bush Women founder Jawole Willa Jo Zollar and features an original jazz score composed by Craig Harris and performed live by Harris with a five-piece band and two vocalists, with dramaturgy is by Talvin Wilks.

Zollar founded Urban Bush Women in 1984 as a performance ensemble dedicated to exploring the use of cultural expression as a catalyst for social change. In addition to 34 works for UBW, she has created works for Alvin Ailey American Dance Theater, Philadanco,University of Maryland, Virginia Commonwealth University and others; and with collaborators including Compagnie Jant-Bi from Senegal and Nora Chipaumire. In 2006 Jawole received a New York Dance and Performance Award for her work as choreographer and creator of “Walking with Pearl…Southern Diaries.” Featured in the PBS documentary “Free to Dance,” which chronicles the African-American influence on modern dance, Jawole was designated a Master of Choreography by the John F. Kennedy Performing Arts Center in 2005. UBW has toured five continents and has performed at venues including Brooklyn Academy of Music, Lincoln Center for the Performing Arts and the Kennedy Center.

Tickets are $35. For tickets and more information, see the Berkshire Edge calendar or contact Club Helsinki Hudson at (518) 828-4800.

Guatemalan educator to speak at Church on the Hill

Lenox — On Thursday, June 28, at 7 p.m., Guatemalan educator Magdalena García Domingo will give a talk titled “Indigenous Education in Guatemala: Ending a Legacy of Genocide” at the Church on the Hill chapel.

Survivors of Guatemala’s genocide are creating a new kind of education for their children. The residents of rural Maya village Copal AA la Esperanza have founded a community-run middle school that focuses on indigenous culture, human rights and sustainable forestry. Students and teachers from the school have also been active in opposing hydroelectric dams and petroleum extraction in their region.

As a child, García was forced to flee her home during the Guatemalan military’s campaign of genocide against the Maya people. Growing up in refugee camps, she quickly became a leader in the organization Mama Maquín, which fought for women’s participation in the refugee return to Guatemala in 1993. After the return, she was elected to the parents’ committee of the New Dawn Maya Middle School to provide indigenous-centered education for youth in her community.

Monterey —The Bidwell House Museum will hold its first annual Open Mic Music Festival and concert Sunday, July 8, from 4:30 to 8:30 p.m. The family-friendly event boasts something for everyone from musicians who love to play to music lovers who enjoy listening live bands. The first two hours of the show will be open-mic format for any musician interested in playing. The performances will then segue into a concert with the BTUs.

The cost of admission is $10 per car. Guests are encouraged to bring picnics and enjoy an evening of music. Snacks and soft drinks will be available for purchase. Musicians interested in participating in the open-mic portion of the event should contact the Bidwell House Museum at (413) 528-6888 or bidwellhouse@gmail.com by Friday, June 29, so the museum will know how many acts to expect.