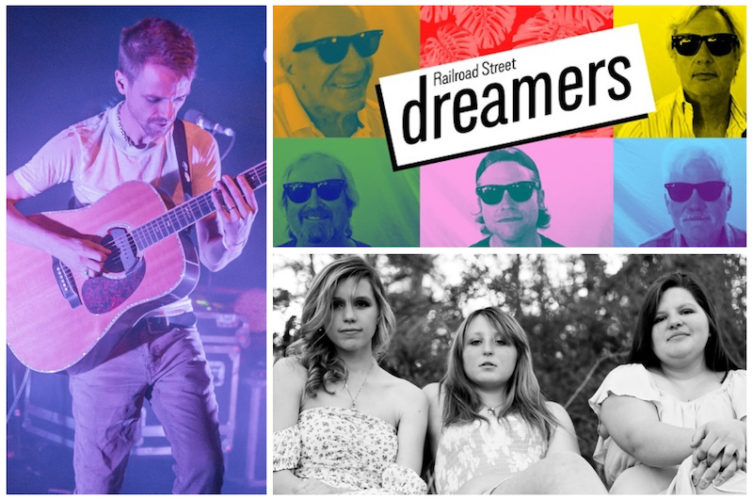 PITTSFIELD — Downtown Pittsfield, Inc. will present Indoors Out! Music on North, on Friday, Sept. 17 from 8-9:30 p.m., at Sotille Park, Persip Park, and the parklet at The Marketplace Cafe. The three downtown locations will feature free outdoor performances by local musicians who have also played with Berkshire Busk! The performances will immediately follow the Community Concert with Whiskey Treaty Roadshow at The Common, and everyone is welcome downtown after the show to enjoy food, drink, and more live music.

At Persip Park, Garrin Benfield will present freestyle acoustic rock. His music is a blend of moody, guitar-driven rock and polyrhythmic groove, run through the filter of a serious singer-songwriter. Benfield has become an underground favorite at festivals, rock clubs, coffeehouses, and house concerts.

The Marketplace Cafe’s parklet, at 53 North Street, will feature The Midnight Anthem, a musical trio made up of Catherine, Sophia, and Grace — cousins by birth, but sisters at heart. The group has a knack for creating music that is both fun to listen to and touches the soul, offering an entertaining blend of original songs and popular tunes with a country flair.

The rain date for Indoors Out! is Friday, Oct. 1 at 5 p.m. The event is presented in partnership with Berkshire Busk! and ArtWeek Berkshires.

“Ice Glen” was written by New Marlborough playwright Joan Ackermann for Shakespeare & Company, where it was performed during the 2008–09 season, directed by Tina Packer. It has since been seen at numerous regional theaters across the country.

In this touching period comedy, Sarah, a fiery poet, dwells in idyllic obscurity in a crumbling Berkshire “cottage” with a band of unlikely cohorts, including a blunt Irish cook, a lovesick butler, and a young widow. When neighbor Edith Wharton passes Sarah’s poems on to a Boston publisher, editor Peter Woodburn comes calling. Sparks fly when this pair faces off, and all get caught in the crossfire.

Ice Glen is the name of a protected parcel of land near the center of Stockbridge. It is so named because there are places where — even at the height of summer — patches of ice can be encountered.

WASHINGTON DEPOT, Conn. — Every September, the Institute for American Indian Studies hosts an al fresco traditional clambake, called From Earth to Sea. This year, the clambake will be held on Saturday, Sept. 11 at 6 p.m. at the Riverwalk Pavilion on 11a School Street in Washington Depot. Socially distanced tables will be set under a large open-air pavilion in a park setting.

This annual event honors the founders of the museum and celebrates Connecticut’s Indigenous people and the bounty harvested from its fields and waterways. A new highlight this year is the silent auction consisting of gift certificates from local restaurants and shops, and Native-made jewelry, baskets, and more.

In addition to a lobster dinner served with corn, clams, and potatoes, guests can enjoy a performance by the Thunderbird American Indian Dancers. The dance troupe was founded in 1963 and is the oldest resident Native American dance company in New York. Their mission is to preserve dances, songs, and traditions that might have otherwise been lost. They have toured across the U.S., and internationally in Japan, Canada, and Israel. The troupe will share stories, dances, traditional drumming, singing, and colorful regalia that celebrate the diversity of Native American culture in the United States.

Tickets are limited and pre-registration is required by September 9. To register, click here. The cost of the clambake dinner, including the performance, is $50 for Institute members and $55 for non-members. Children and non-seafood eaters can pay $10 for a meal of hot dogs, chips, and lemonade. Proceeds from this event will go toward the education department to support schools’ Indigenous curriculum through the Institute’s programs. 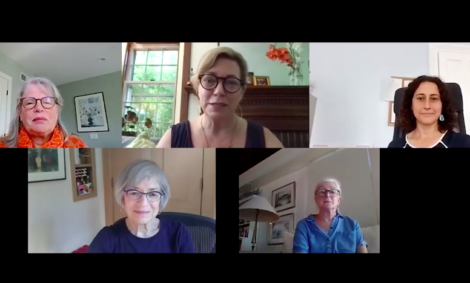 The episode will discuss the ways the organization has evolved since its founding in 1991. Doherty will discuss details of the anniversary event and how the public can attend or sponsor it. McCarthy will discuss her work in photographing LitNet learners for the event’s portrait exhibit, “Transforming Lives for 30 Years,” to be unveiled at the celebration.

Each episode of “Literacy Network of South Berkshire Presents…” delves into LitNet’s past, present, and future by featuring learners, tutors, individuals significant to the organization’s history and development, community leaders, educational professionals, and more. The show’s goal is to spread awareness of the work the organization does, to delve into topics surrounding adult- and ESOL-education, and to inform the community how they might become involved with LitNet. Past episodes can be found on LitNet’s YouTube channel.

DALTON — In the wake of the Dalton Zoning Board of Appeals’ (ZBA) rejection of the major “Purgatory Road” fundraiser for Teen Suicide Prevention, Berkshire Money Management (BMM) has donated $10,001 to the Berkshire Coalition for Suicide Prevention. The annual fundraiser, which has been running for nearly a decade, was slated to be held at BMM’s offices at the Model Farm on Main Street in Dalton for four days in October. Unfortunately, it was not approved by the town’s ZBA in a meeting on August 31.

“The impact of COVID-19 on suicide rates has been unforgiving and the coalition needs this support more than ever,” said BMM founder and CEO Allen Harris. The yearly event usually sells out and has garnered nearly $175,000 since its founding in 2012. Berkshire Money Management is strongly encouraging the local community and beyond to join it in donating to the coalition to make up for these lost funds.