Student musicians rehearse for the Berkshire High Peaks Festival, which will be held Tuesday, July 23, through Friday, AUg. 2, at Berkshire School in Sheffield. Photo courtesy Close Encounters With Music

High Peaks Music Festival to bring Italy to the Berkshires

Sheffield — “The Grand Italian Tour” is the theme of the tenth edition of the Berkshire High Peaks Festival, which will run Tuesday, July 23, through Friday, Aug 2. Presented by Close Encounters With Music and hosted by Berkshire School, the festival is directed by cellist and CEWM artistic director Yehuda Hanani and offers a combination of concerts, lectures and master classes that are open to the public and feature faculty artists and young musicians from around the world.

Historically, the grand tour was an educational rite of passage for many young men and women from the 17th through 19th centuries. The value of the tour was to bring exposure to the cultural legacy of classical antiquity and was often the only possibility to view specific works of art and hear certain music. Grand tourists would return with crates of art, books, pictures, sculpture and cultural artifacts, which would be displayed in libraries, gardens and drawing rooms.

Fifty young, emerging artists from China, Korea, Taiwan, Switzerland, UK, Mexico, the U.S. and Canada have been gathered by Hanani and his colleagues for lessons, mentoring and hands-on instruction, as well as connecting them to the Berkshire community with nightly performances. Throughout the festival, a range of venues will host performances by up-and-coming musicians participating in the festival’s residency. A series of “Moonlight Sonata” performances will feature top-tier young artists at Berkshire School’s Allen Theater, which will be free and open to the public.

The centerpieces of the festival are two concerts devoted to Italy as the mother lode of musical culture. “Souvenir de Florence” on Sunday, July 28, at 5 p.m. at Saint James Place in Great Barrington is Tchaikovsky’s own musical souvenir of his visit to Italy. Florence worked its magic on Tchaikovsky, and the result is a piece for string sextet. “Years of Pilgrimage” on Thursday, Aug. 1, at 7 p.m. at Berkshire School’s Allen Theater, traverses two centuries of Italian brilliance and demonstrates how it inspired its famous tourists (Mendelssohn, Byron, etc.) and residents.

For tickets and information plus a full schedule of events, see the Berkshire Edge calendar or contact Close Encounters With Music at (800) 843-0778 or cewmusicinfo@aol.com. 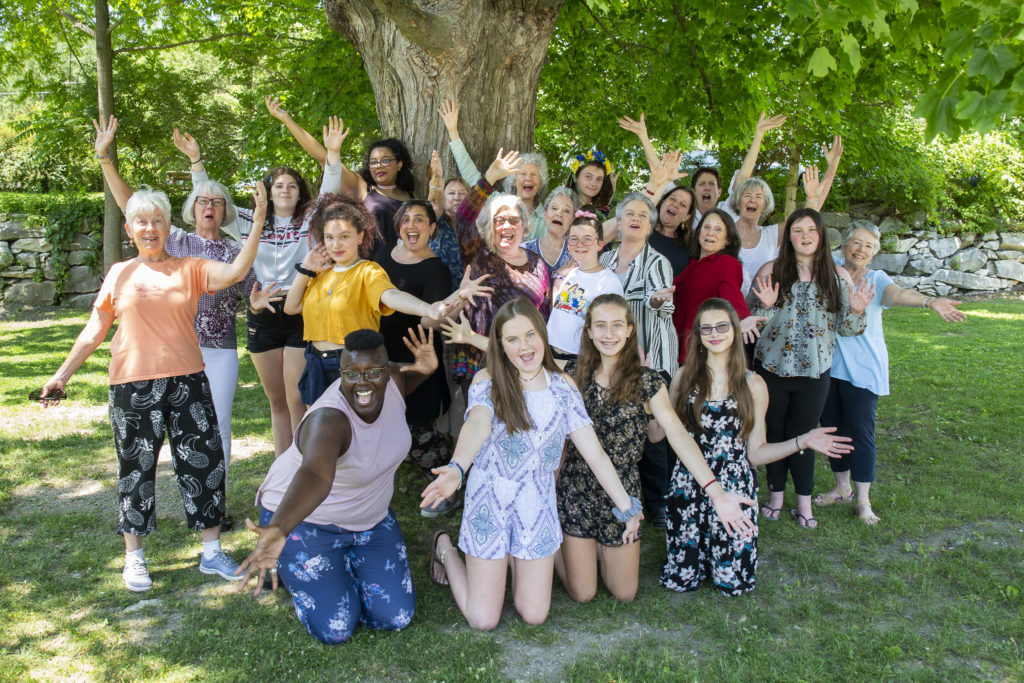 Lenox — WAM Theatre has announced a Berkshire County tour of “FRACTURED DREAMS,” a collaborative devised production between WAM’s new Elder Ensemble and its Teen Ensemble. Created by the Ensemble members using devised theatre techniques, the performance is comprised of original writing, music and movement on the theme of dreams and barriers to dreams. The ensembles have been in residence for two weeks at the Foundry in West Stockbridge.

The premiere of “FRACTURED DREAMS” will be at WAM Theatre’s 10th anniversary gala Wednesday, July 24, at 5:30 p.m. at the Stationery Factory in Dalton. The production will also be performed Friday, July 26, at 7 p.m. at Dewey Memorial Hall in Sheffield and Sunday, July 28, at 3 p.m. at the Mount in Lenox. For more information, contact WAM Theatre at (413) 274- 8122 or info@wamtheatre.com. 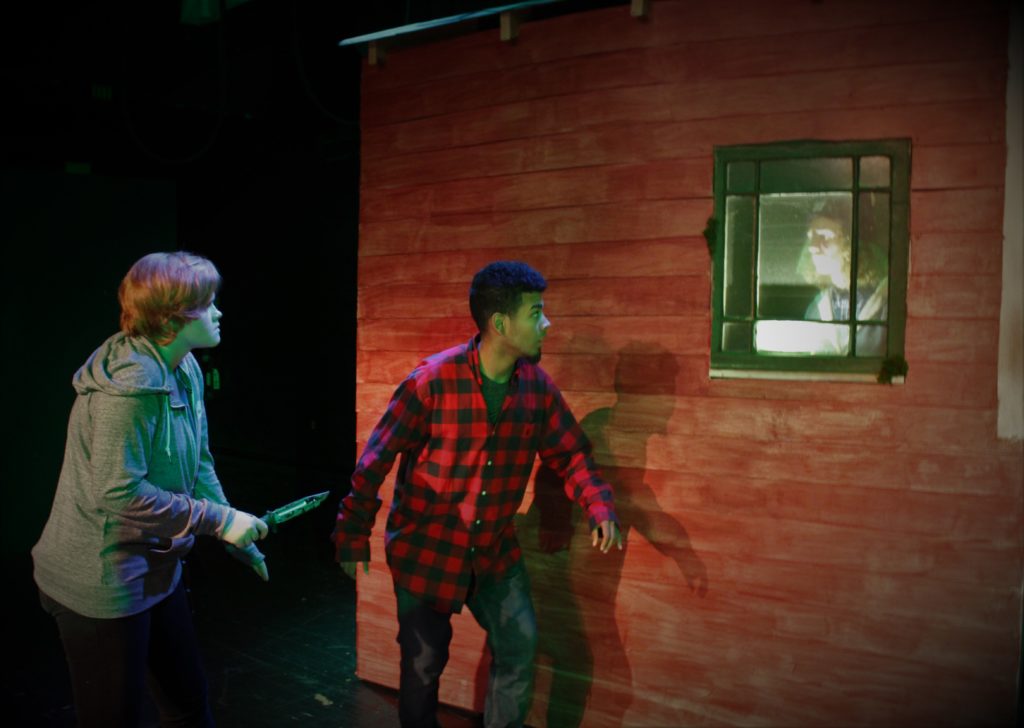 Four teens travel to a family cottage for a long weekend of fun and flirtation but quickly discover that something is lurking in the woods. Will they survive in the woods, or will this camping trip be their last? Written and directed by Lee High School alumnus Hunter J. Cannon, “Compass” features jump scares, audience interaction, and a raw and twisted ending. The one-act play runs 45 minutes with no intermission and features Lee High School alumni and students Omar Pichardo ’18, Olivia Sands ’19, Olivia Keiderling ’21, Hunter J, Cannon ’18 and Will Consolati ’19. The cast also features community members Kimberly Gritman, Rebecca Hughes and Liam Reynolds. The play is assistant directed by Will Consolati and features a scenic design by Hunter J. Cannon.

Tickets are $5 at the door, cash only. It features strong language and violence and is recommended for people over the age of 13. For more information, contact h.james.productions@gmail.com.

A successful businessman is kidnapped and taken hostage by two employees who worked at a factory he shut down. In a tense trial, he must defend his choices to those who depended on him and face the consequences of “just doing business.” Directed by BPL co-artistic director Matthew Penn, the cast will include Kevin O’Rourke, Alexis Bronkovic and Carlo Alban. 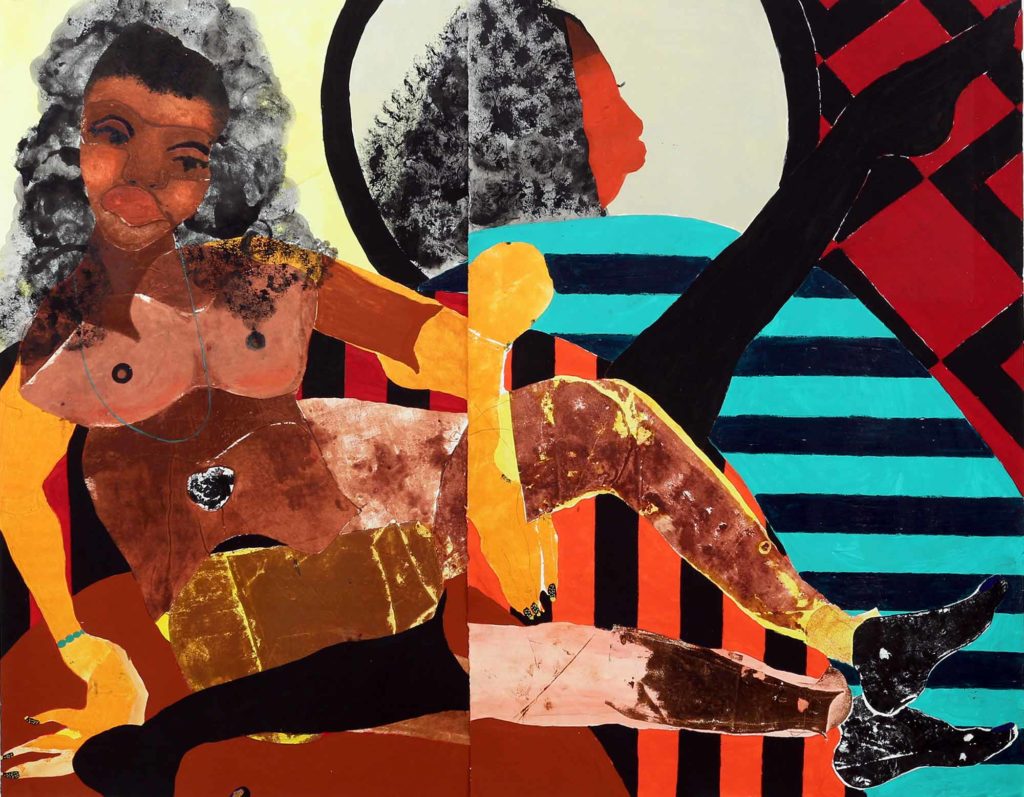 Art Omi to exhibit artwork of Tscahbalala Self

Ghent, N.Y. — Art Omi will hold an opening reception for an exhibition featuring the artwork of Tschabalala Self Saturday, July 27, from 4 to 6 p.m.

Tschabalala Self builds a singular style from the syncretic use of both painting and printmaking to explore ideas about the black female body. The artist constructs exaggerated depictions of female bodies using a combination of sewn, printed and painted materials, traversing different artistic and craft traditions. The exaggerated biological characteristics of her figures reflect Self’s own experiences and cultural attitudes toward race and gender. Self lives and works in New York and New Haven, Connecticut.