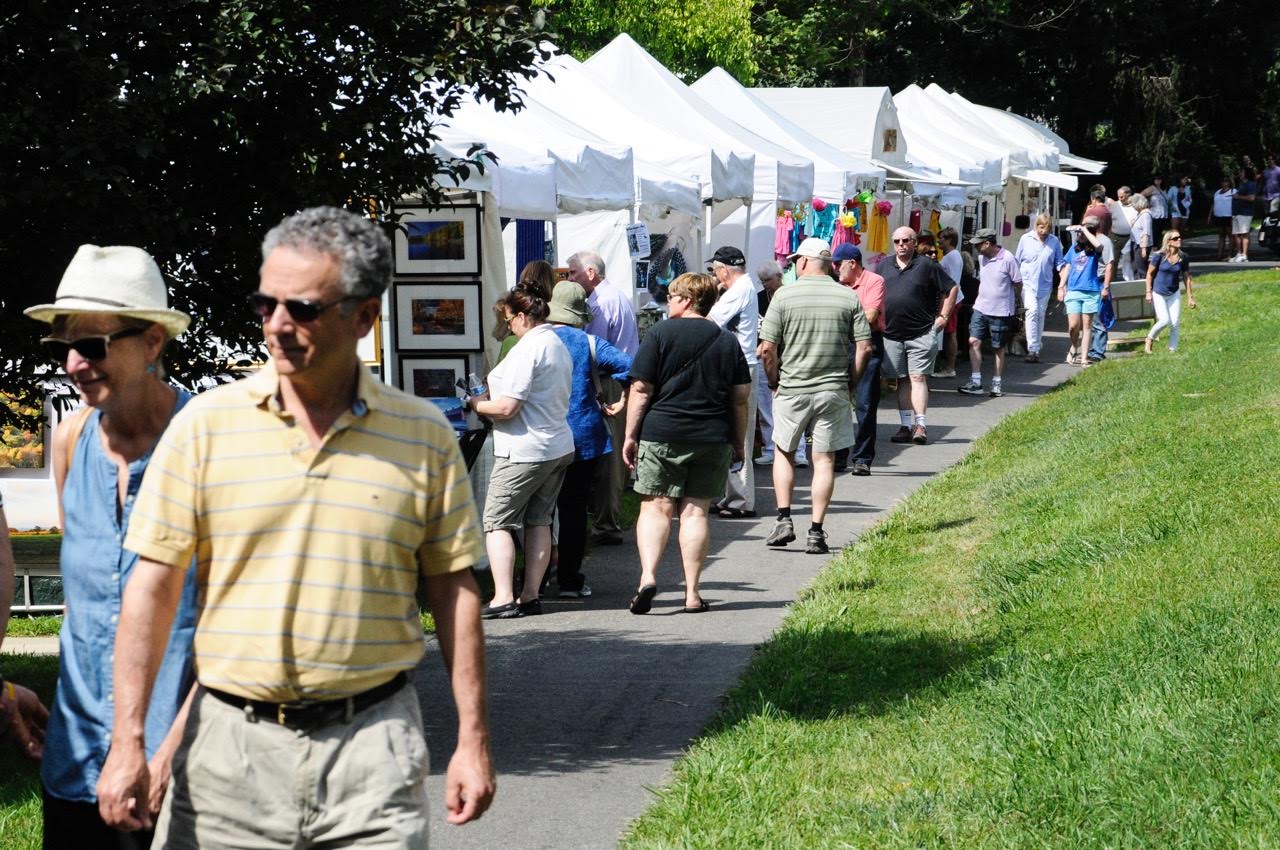 Stockbridge — The 28th annual Stockbridge Summer Arts and Crafts Show will be held Saturday, Aug. 17, from 10 a.m. to 5 p.m. and Sunday, Aug. 18, from 10 a.m. to 4 p.m. on the grounds of the town offices and Bidwell Park at 50 Main St. More than 80 jury-selected artists and crafters will display work including paintings, ceramics, fiberwear and glass-blowing.

Returning artisans will include Emily Chase Wilson of Pittsfield, who has been creating handwoven goods for gifts and home since 1976; Heather Kidson of Westwood, who creates original paintings on silk; feltmaker Sue McFarland of Conway; Margie and Bill Lombard of Saratoga Springs, New York, who showcase their 60 combined years of metalsmithing with fine-crafted jewelry; textural artist Thom Cassotta of Northampton; ceramicist Roxanne Parent of Conway; and Evelyn Villegas of New London, Connecticut, who showcases a personal and modernized interpretation of an ancient Peruvian jewelry-making technique.

Tony Carlotto of Rolling Rock Salt will serve up various wraps and signature dishes; and Patience Thomas from Great Cape Baking Company will have hand-cut cider donuts, gourmet breads and more; and Robert Walters will serve up farm made Island Cow Ice Cream. There will also be a variety of specialty food tents with seasoning salts and peppers, vinegars, oils, jams and honey.

Admission is free. For more information, contact the Stockbridge Chamber of Commerce at (413) 298-5200 or info@stockbridgechamber.org.

Named to TIME Magazine’s 2016 Top 10 Plays and Musicals, Felder has played over 5,000 performances of his self-created solo productions at some of the world’s most prestigious theaters. His shows include “George Gershwin Alone,” “Monsieur Chopin,” “Beethoven,” “Maestro: Leonard Bernstein,” “Franz Liszt in Musik,” “Lincoln: An American Story,” “Hershey Felder as Irving Berlin” and “Our Great Tchaikovsky.” Felder is the adaptor, director and designer for the internationally performed play-with-music “The Pianist of Willesden Lane” with Mona Golabek; producer and designer for the musical “Louis and Keely ‘Live’ at the Sahara” directed by Taylor Hackford; and writer and director for “Flying Solo” featuring Nathan Gunn. Upcoming projects include the world premiere of “A Paris Love Story” featuring the music of Claude Debussy, and a new musical based on the award-winning book “Out on a Ledge” by Eva Libitzky. Felder has operated a full-service production company since 2001. He has been a scholar-in- residence at Harvard University’s Department of Music and is married to Kim Campbell, the first female prime minister of Canada.

Tickets are $150 for dinner and a performance of “George Gershwin Alone,” and $100 for the dinner only. Special parking will be available. For tickets and more information, contact Veronica Bone at (413) 448-8084 x50 or Veronica@BerkshireTheatre.org by Friday, Aug. 16.

Great Barrington — Benjamin Barrett, owner of Berkshire Veneer, has announced the publication of a book chronicling the evolution of technological flight through the life and experience of his grandfather, aviation pioneer Harold M. Bixby.

Bixby was a primary backer of Charles Lindbergh’s solo flight across the Atlantic and is credited with naming the plane the Spirit of St. Louis. “The Spirit Behind the Spirit of St. Louis: Harold M. Bixby” gives a behind-the-scenes glimpse into Charles Lindbergh’s 1927 transatlantic flight in 1927. The book contains photos and ephemera from Bixby’s life and work, including some rare and never-before-published images and correspondence. Barrett preserves the history of his grandfather’s role in the development of aviation worldwide as well as illustrating the birth and history of aviation from balloons through his years at Pan American Airways, where Bixby worked until 1955.

“The impetus behind this book was the preservation of these wonderful historical documents that are part of our country’s aviation history, as well as that of the Bixby family. I felt the items were much too precious to have sitting on a shelf collecting dust. My hope is that future Bixbys will benefit from this archive, as well as the aviation historians of today and of the future,” said Barrett.