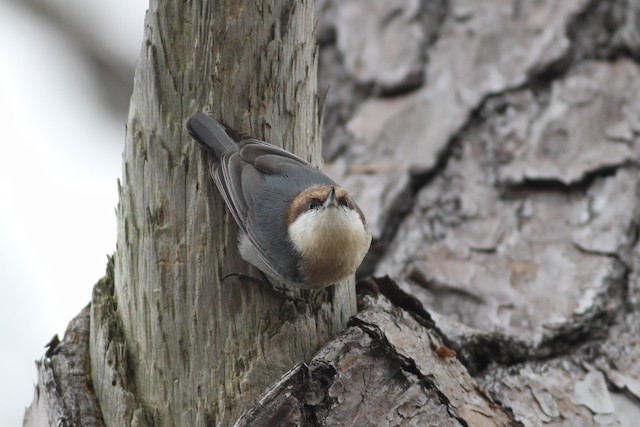 Pittsfield — At its monthly meeting Monday, April 1, at 7 p.m. at Guardian Life Insurance, the Hoffmann Bird Club will present “Father and Son: A Birding Journey” with Manuel Morales, Ph.D., and John Manuel Morales.

John Manuel began birding with his father at the age of 4, tagging along on Christmas bird counts. He became seriously involved with birding around age 9 and started photographing birds soon after. Getting a chance to see his son “bagging lifers” reinvigorated Morales’ own birding. Since then, the two have made an effort to photo document as many birds as possible. Along the way they have seen rarities while birding locally and by taking road trips farther afield. In their talk, John Manuel and his father will recount some of those trips and share some of their photos.

John Manuel is a seventh-grader at Mount Greylock Regional School. Morales is a professor of biology at Williams College, where he teaches classes at the intersection of behavior, ecology and evolution. Hiss research focuses on the population dynamics of mutualism—interactions between species in which both species benefit each other.

The presentation is free and open to the public. For more information, contact the Hoffmann Bird Club at hoffmannbirdclub@gmail.com.

New Lebanon, N.Y. — It’s springtime at the Darrow School: the sap is rising, the birds are singing, the sun is lingering, and something in the air stinks, as the corpse flowers are in full bloom.

Corpse flowers were first planted at Darrow in 2009 in the sheltered confines of the school’s Samson Environmental Center. Four bloomed in 2012, six in 2013, and now, according to biology teacher and director of the SEC Lily Corral, as many as 10 flowers have sprouted, several of which are at the blooming stage.

The corpse flower is an Indonesian plant, also known as the konjac arum (Amorphophallus konjac). It boasts the largest unbranched inflorescence in the world, and the third largest flower of all known plants. The flower gets its name from its distinctive odor, which many liken to the smell of rotting meat. The corpse flower, a relative of the calla lily and the jack-in-the-pulpit, grows wild in the rainforests of southeast Asia from a large underground corm. The plant first flowered in cultivation in London in 1889. Fewer than 50 of the largest variety of corpse flower, the titan arum, are known to have bloomed in the United States, with the smaller konjac arum typically found only in botanical gardens, museums and private greenhouse collections.

The flower’s large green bud grows at a rate of about an inch per day, until it finally blooms into a central stem that can reach up to 4 feet tall, as well as a huge, purplish-brown blossom that resembles an asymmetrical collar. Its powerful fumes, which last for days, help to attract pollinating insects. After about a week, the plant wilts and goes dormant for its next phase—a branching, treelike structure.

BCD head-elect to speak on future of education

Stockbridge — Berkshire Country Day School head-elect Jenifer Fox will conduct a community meeting titled “Your Children: The Future They Deserve, the Education They Need” Wednesday, April 3, from 6:30 to 8 p.m. at the school. Fox will speak on the educational needs of young people growing up in a world that is increasingly volatile, uncertain, complex and ambiguous.

Fox, who will take the helm as BCD’s 13th head of school in July, is the author of the international bestselling book, “Your Child’s Strengths: Discover Them, Develop Them, Use Them”; and “The Differentiated Instruction Book of Lists,” a comprehensive manual for teachers on how to customize classroom learning to the needs of each child. Fox has an undergraduate degree from the University of Wisconsin-Madison School of Education, a master’s degree in English from Middlebury College and a Master of Education in curriculum, instruction and leadership from Harvard University. She has lectured to audiences in schools both public and private throughout the United States; served as a consultant to educational organizations and teacher training programs around the globe; published articles in mainstream media and academic journals; and appeared on national television and radio shows for her work in education.

The event is free an open to the public. For more information, contact Berkshire Country Day School at (413) 637-0755 or info@berkshirecountryday.org.

Chatham, N.Y. — Chatham artist Ulrike Grannis will exhibit her abstract painting, paper marbling and collage in the Joan Allen Art Gallery at Camphill Ghent Monday, April 1, through Friday, May 31. Grannis will give a short talk at an opening reception Tuesday, April 2, at 4:30 p.m.

Grannis has been teaching bookbinding, marbling, paper making and other related subjects for approximately 30 years. She has had a large number of exhibitions and was featured in a documentary film on German public television. An overriding principle of her work and her courses is to demand of herself and to encourage her students to achieve excellence in craftsmanship.