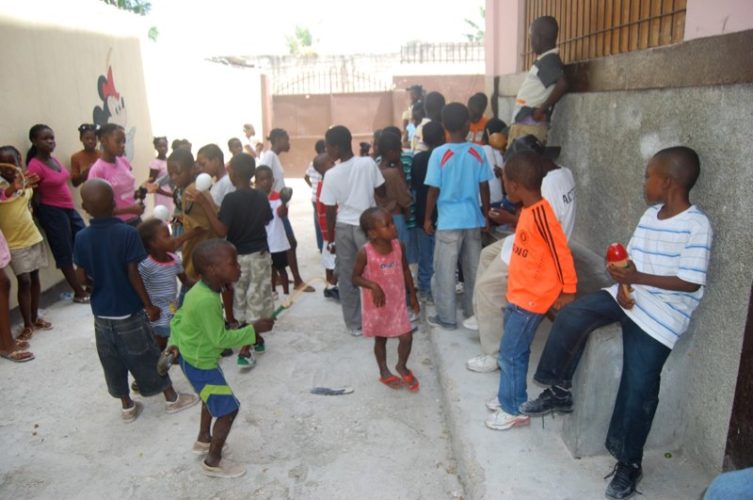 ‘Women of Haiti: Their Influence; Their Art’

Great Barrington — On Monday, December 1, at 7 p.m.,Give to Give, Monument Mountain Regional High School’s student organization, is presenting “Women from Haiti: Their Influence; Their Art.”

Held at Monument Mountain’s auditorium, the evening event will include a viewing of excerpts from the film “Poto Mitan: Haitian Women, Pillars of the Global Economy”; a conversation with Carline Murphy, cofounder of The Haitian Community Development Project; Elena Evans, Executive Director of Hotfutbol; Monument Mountain students about the education of young women in Haiti, and an art sale featuring work created by women in Haiti.

Proceeds from suggested donations of $10 will support Ansemble Vwazen Jacquet (AVJ), Monument’s sister school in Port-au-Prince, Haiti, and Hotfutbol, which is also hosting and sponsoring the event.

“AVJ is an elementary school with 150 students and profound infrastructure and programming needs,” said Monument Principal Marianne Young. “AVJ is a free community school working to offer a comprehensive program including academics, arts, sports, food, and health care for children whose families cannot afford to pay for school.”

Great Barrington – Homespun Theatre is making its debut at the Lauren Clark Fine Art gallery with a staged reading of “Dead Man’s Cell Phone” by Sarah Ruhl. The play tells the story of Jean, who finds a dead man sitting in a café and decides to answer his ringing cell phone. She becomes swept up in his life, finding herself connected to the people who loved him most, and determined to finish his unfinished business. As Jean’s imagination takes over, heaven and earth become intertwined, the lines between truth and fable blur. She’s forced to confront her own assumptions of morality, redemption, and connection in a technologically obsessed world. Does technology hide us from true human connection?

Tickets will be sold at the door for a suggested donation of $15. Live music, beverages, and sweets will be served in the gallery before the show and at intermission.