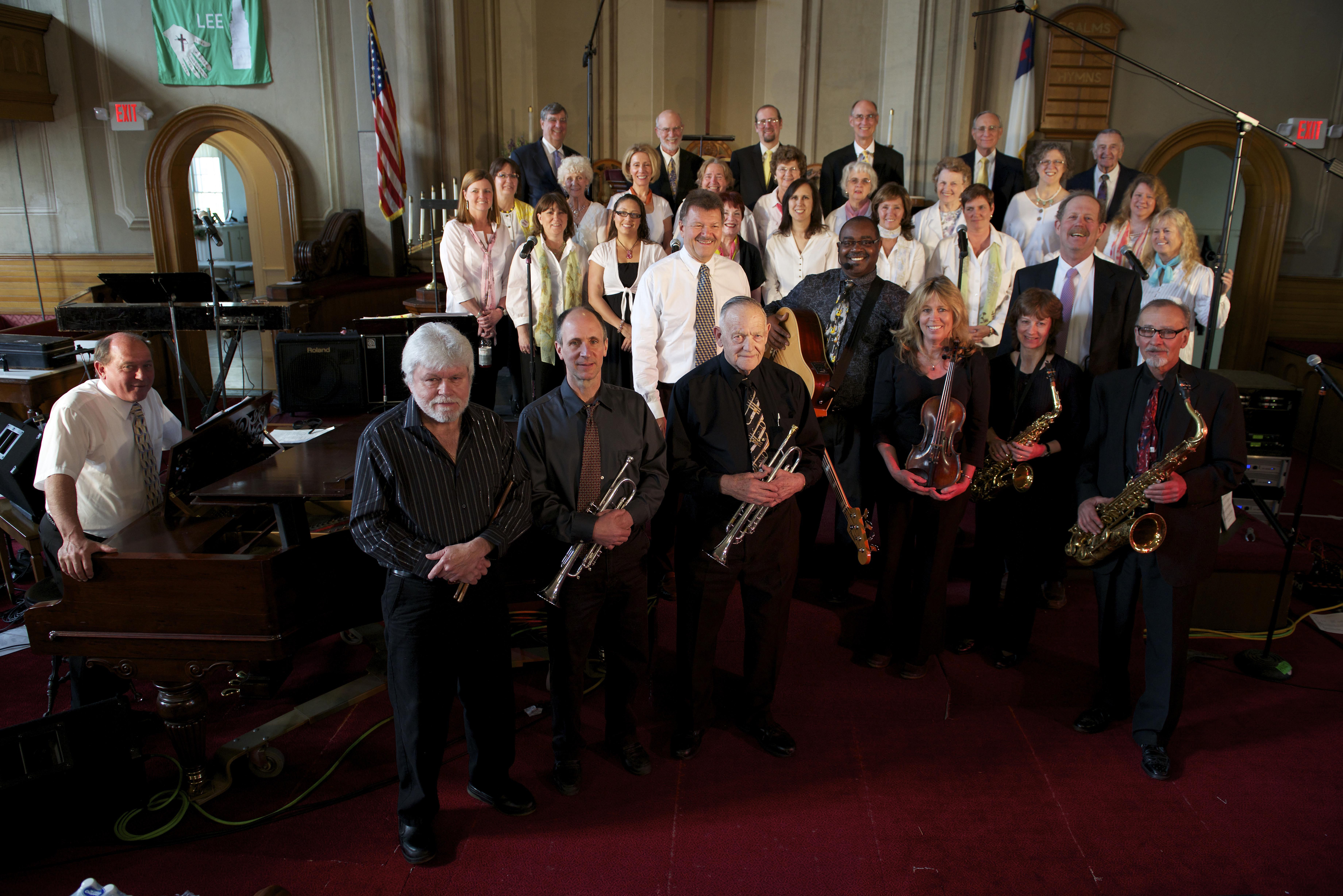 Pittsfield – The Gospel Gang and the Messengers, a contemporary Christian choir and men’s gospel quartet, along with special guest Mary Verdi will present “Keep the Heat On 2016,” a concert to benefit the Emergency Oil Fund of the Pittsfield Area Council of Congregations and the Emergency Assistance Fuel Fund of Construct, Inc. in Great Barrington, on Sunday, February 21, at 3 p.m. at the First United Methodist Church.

“Keep the Heat on 2016” marks the sixth annual concert the groups have presented for the benefit of Emergency Fuel Funds. The Gospel Gang includes more than 20 singers and a full instrumental band and, along with the Messengers, offer an assortment of contemporary Christian music styles including Southern Gospel, country, blues, and urban along with the message of good news. Both groups are sponsored by the United Methodist Church of Lenox as part of its musical outreach program. Singer/songwriter Mary Verdi has recorded six albums, the latest of which, “Flight,” provides soothing music to allow the listener’s spirit to reach a higher level of peace.

The Emergency Oil Fund is administered through Pittsfield’s Salvation Army. Construct, Inc. assists 40 households on average each winter season with 100 gallons of heating fuel, reaching families in crisis in the 15 villages and hill towns in the southern Berkshire region.

Pittsfield — Berkshire Music School will present a family concert by folk trio Wintergreen at the Berkshire Museum on Saturday, February 20, at 1:30 p.m. Wintergreen’s members Alice and Larry Spatz and Jared Polens will perform a mixture of traditional and contemporary music from the British Isles and America, along with their own compositions. Though geared toward children, the program is designed to appeal to concert-goers of all ages. Tickets are $15 per adult and $8 per child for the general public; and $5 per adult and $3 per child for Museum members. There is free admission for children aged three and under.

Wintergreen programs feature instrumentals based on dance tunes and intricate three-part vocal harmonies. The trio has made appearances at the Troy Savings Bank Music Hall in Troy, N.Y.; WNYT-TV in Albany, N.Y.; Caffe Lena in Saratoga Springs, N.Y.; and the Clark Art Institute in Williamstown. As many as eight different instruments may be played during a Wintergreen performance, including double bass, autoharp, psaltery, guitar, mountain dulcimer, recorder, banjo, and percussion. The band has recorded four albums, the most recent of which, called “A Song of Home,” was released in 2013.

Sheffield – Berkshire Taconic Community Foundation (BTCF) has announced that Tuesday, March 15, is the deadline to submit a letter of intent for Fund for Williamstown 2016 applications. The fund invites applications for innovative projects and services that will benefit residents of Williamstown and help create a vibrant community responsive to diverse needs and voices.

Individuals, nonprofit organizations, community organizations, and public agencies may send a one-page letter briefly outlining the project to grants@berkshiretaconic.org. Applicants will learn the status of their proposals by Sunday, March 20, and those who are successful will be invited to submit a full application by Friday, April 1. An advisory committee of local residents will review each letter and full application and will award grants based on the merit and innovation of the proposed project or service, its impact on the organization or community, and the ability of the applicant to carry out the project.

Williamstown — Williams College has announced that it will form a $5 million fund to support the Mount Greylock Regional School District’s capital needs outside of the scope of the building project that the district is pursuing with the Massachusetts School Building Authority (MSBA).

The Mt. Greylock Fund will have its full original principal of $5 million beginning July 2016.

In addition to establishing this new fund for capital needs at Mt. Greylock, Williams has begun researching ways to invest substantially in the facility, if it is constructed, that would further lower its greenhouse gas emissions and reduce its utility costs. In accordance with MSBA regulations, the current project is designed to meet the silver standard of the U.S. Green Building Council’s Leadership in Energy and Environmental Design. The college’s investment would aim to make the facility even more environmentally sound and energy efficient.

These capital investments by Williams are in addition to the college’s commitment of $200,000 per year to Mt. Greylock’s operating revenue, and will continue and increase the operating support of the Williams College Fund For Mt. Greylock, which has made $777,000 available to the school over the past five years.

Eugene Drucker to give concert at Camphill Ghent

Chatham, N.Y. — Violinist Eugene Drucker of the Emerson String Quartet will perform a concert on Saturday, February 20, at 3 p.m. in the Culture Hall at Camphill Ghent. Cellist Roberta Cooper and pianist Gili Melamed-Lev will perform duets and piano trios with Drucker. A reception with the artists will follow the performance.

Eugene Drucker is a founding member of the well-known Emerson String Quartet and has performed around the world as a soloist and chamber musician. He has appeared with orchestras in Montreal, Brussels, Antwerp, Liege, Hartford, Richmond, Omaha, Jerusalem, and the Rhineland Palatinate, as well as the American Symphony Orchestra. A graduate of Columbia University and the Juilliard School, Drucker was concertmaster of the Juilliard Orchestra with which he appeared as a soloist several times.

The program will feature the Chaconne for violin solo from Bach’s Partita in D Minor; the dramatic Piano Trio in C Minor by Brahms; two canons from Bach’s “The Art of the Fugue;” a short, one-movement trio by Beethoven; and a movement from Fanny Mendelssohn’s Piano Trio. Tickets are $25 for adults, $20 for seniors aged 55 and older, $5 for students, and $45 for families. For reservations call (518) 392-2760.