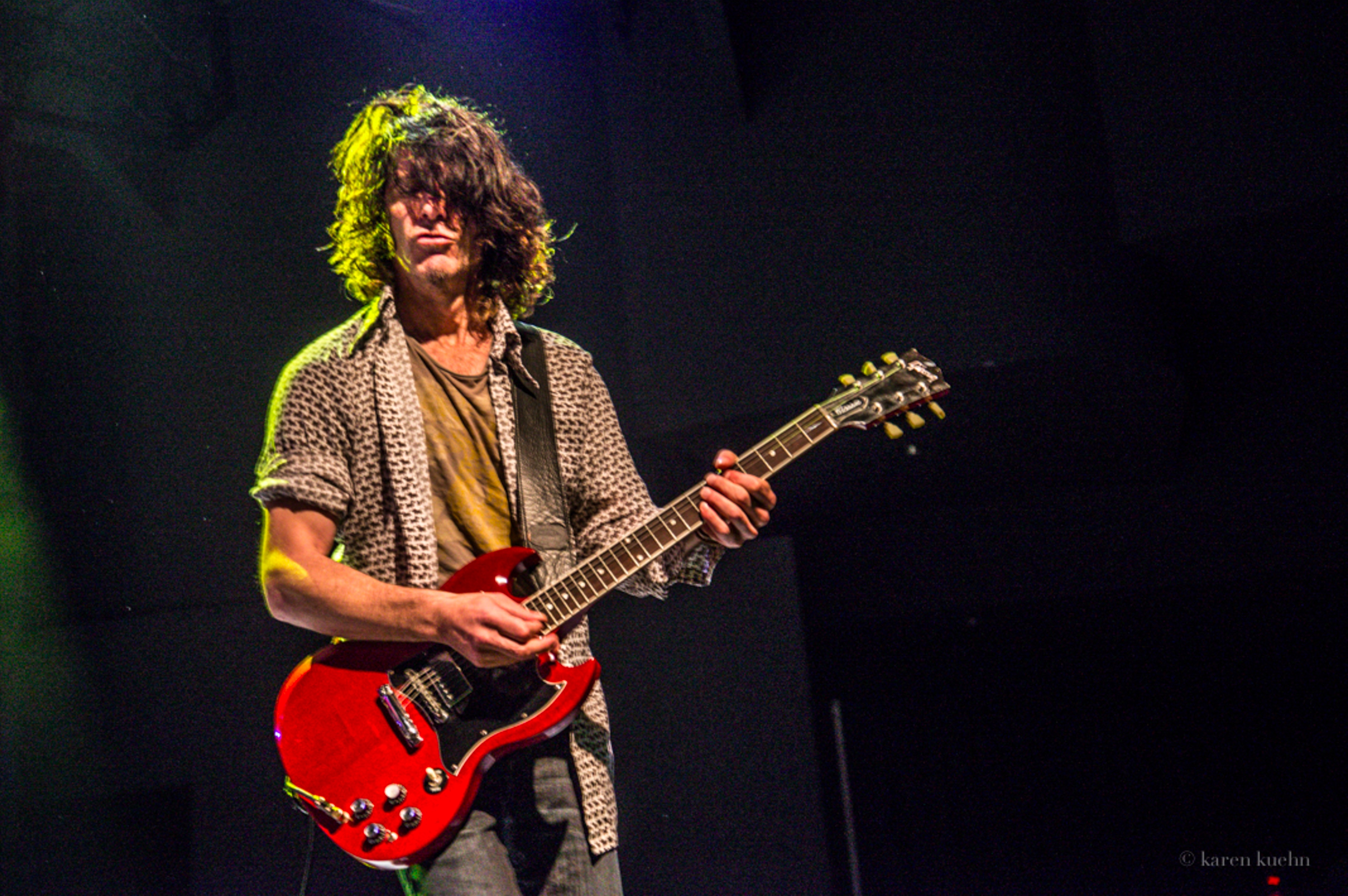 In addition to his work with the Spin Doctors, Schenkman’s musical resume includes work with his own groups the Chrysalids, which released the album “Make A Sound” in 1995; Cork, with ex-Mountain drummer Corky Laing and former Jimi Hendrix bassist Noel Redding, which released “Speed of Thought” in 1998; and High Plains Drifter with late Blues Traveler bassist Bobby Sheehan. Schenkman also participated in an all-star symphonic works of Jimi Hendrix album and its accompanying tour alongside Hendrix’s producer Eddie Kramer and Hendrix bandmate Billy Cox as well as with Corey Glover of Living Colour, Doug Pinnick of King’s X and Dave Abbruzzese of Pearl Jam. He has also worked with Jack Bruce, Roger Daltrey, Natalie Merchant, Carly Simon, jazz drummer Chico Hamilton, jazz composer Kip Hanrahan and Canadian songwriter Jimmy Rankin. He has taught blues workshops for the Toronto District School Board with Ontario bluesman Jerome Godboo. Schenkman’s solo album “Who Shot John?” will be released in December.

Tickets are $15. For tickets and more information, see the Berkshire Edge calendar or contact the Egremont Barn at (413) 528-1570 or info@theegremontbarn.com.

Lenox — Berkshire Playwrights Lab and the Mount will present an evening of staged readings Thursday, Sept. 27, at 5 p.m. at the Mount.

The evening will begin with “Kate Spain” by Edith Wharton. Inspired by the sensational story of Lizzie Borden, Wharton began work on “Kate Spain” in 1935, but finished only the first act. The play picks up just hours after Kate has been acquitted of the murder of her father and portrays a woman desperate to escape her notorious reputation in 1890s upstate New York. The second reading of the night will be “Lady Randy” by Anne Undeland. The play tells the story of Jennie Jerome, the daughter of a wealthy New York family, who married Lord Randolph Churchill. They would become the parents of Winston Churchill, the future British prime minister. “Lady Randy” takes a look at this woman as she navigates the often treacherous sexual and political landscape of her marriage. The play will star Undeland and Shakespeare & Company’s Allyn Burrows. The evening will conclude with a light reception and talkback.

Tickets are $20 for the general public and $15 for Mount members. For tickets and more information, see the Berkshire Edge calendar or contact the Mount at (413) 551-5100 or info@edithwharton.org.

Registration is $ 20 per team. All proceeds will benefit children’s cancer research at Dana-Farber Cancer Institute. Players must register by noon on the day of the tournament. For more information or to register, see the Berkshire Edge calendar or contact Kathy Arabia at (413) 652-1602.

Southfield Church to host concert of lute and voice

British-American soprano Hancock recently gained attention for her debut with the Toledo Opera as Cherubino in “Le Nozze di Figaro.” Recent career highlights include performances at the Museum of Modern Art, Alice Tully Hall, Sandcastle New Music Collective presented by Metropolis Ensemble, New York Festival of Song, the Glimmerglass Festival, and with the rock band 30 Seconds to Mars. She recently made her European debut under the baton of Richard Egarr singing Valletto in “L’inoronazione di Poppea” at the Snape Maltings Proms as a Britten-Pears Young Artist Programme. Hancock currently splits her time between New York City and Great Barrington, where she acts as the advancement coordinator at theMahaiwe Performing Arts Center. She received her bachelor’s and master’s degrees from the Juilliard School and a professional studies degree from Mannes, the New School for Music.

Yamaya is a performer of lutes, early guitars and early mandolins based in New Haven, Connecticut. Born in Tokyo, Japan, he spent most of his career on the West Coast before settling in New Haven. He has a bachelor’s degree in music and a master’s degree in ethnomusicology from University of California, Santa Cruz and a Master of Fine Arts in guitar and lute performance from University of California, Irvine. In demand as both a soloist and a continuo/chamber player, Hideki has performed with and for Portland Baroque Orchestra, Portland Opera, Santa Cruz Baroque Festival, Musica Angelica Baroque Orchestra, Los Angeles Master Chorale, Los Angeles Opera, California Bach Society, Oregon Bach Festival, Astoria Music Festival, Music of the Baroque and Shakespeare’s Globe Theatre. He is one half of the Schneiderman-Yamaya Duo and is the artistic director for Musica Maestrale, an early music collective based in Portland.

There is a suggested donation of $20 for the general public and $15 for students. Wine will be served at intermission on the church lawn. For more information, call the Southfield Church at (413) 229-8109.

The event is free and open to the public, but registration is required. For more information or to register, see the Berkshire Edge calendar or contact Lynelle Weaver, MHS manager of alumnae relations and advancement partnerships, at (413) 395-7066 or lweaver@misshalls.org.