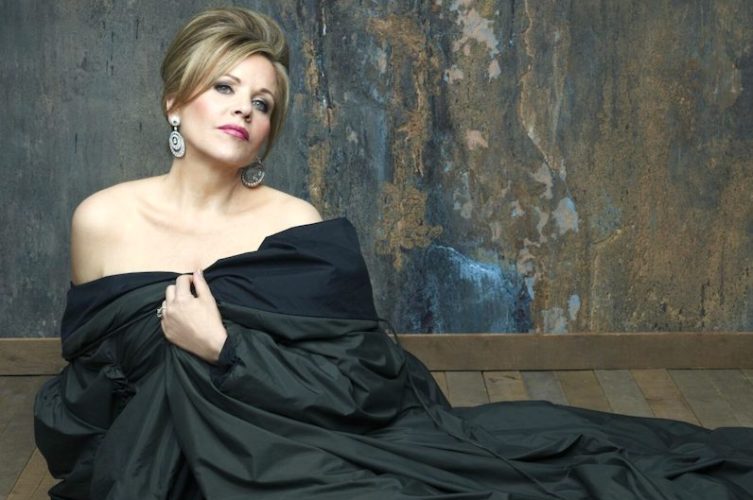 Fleming is one of the most highly acclaimed singers of our time, performing on the stages of the world’s greatest opera houses and concert halls. Honored with four Grammy awards and the National Medal of Arts, she has sung on momentous occasions from the Nobel Peace Prize ceremony to the Diamond Jubilee Concert for Queen Elizabeth II at Buckingham Palace. In 2014, Fleming became the first classical artist ever to sing “The Star-Spangled Banner” at the Super Bowl.

This Mahaiwe’s annual gala is an important source of revenue for the non-profit, which relies on contributions to maintain its historic theater and to offer approximately 140 programs for 35,000 patrons every year. In addition to show-only tickets, patrons can choose to attend a dinner, catered by Peter Platt of The Old Inn on the Green, under a tent on Memorial Field. Music at the dinner will be provided by The Michael Junkins Group.

Show-only tickets go on sale to Mahaiwe Members on Wednesday, May 18 at noon, and to the public on Wednesday, May 25 at noon. Show-only tickets are $100–$150 and can be purchased at online or by calling 413-528-0100 during box office hours, Wednesdays–Saturdays from 12–4 p.m. For gala packages that include cocktails and dinner before the show, contact Mahaiwe Director of Advancement Diane Wortis at diane@mahaiwe.org or 413-644-9040, Ext. 123.

The Mahaiwe also has added two performances by Parsons Dance, on Saturday, July 16 at 7 p.m. and Sunday, July 17 at 1 p.m. Known for its energized, athletic, and joyous style, Parsons Dance is internationally renowned for creating and performing contemporary American dance. The troupe’s Mahaiwe program will consist of six pieces: “Kind of Blue,” “Balance of Power,” “Nascimento,” “Envelope,” “Caught,” and “The Road.”

“Kind of Blue” is a tribute to the more playful pieces in Miles Davis’ repertoire. “Balance of Power” is a solo work created for dancer Zoey Anderson in collaboration with percussionist Giancarlo De Trizio. Set to commissioned music by Brazilian composer Milton Nascimento, “Nascimento” is a romp through music you won’t hear anywhere else. “Caught” offers a fusion of art and technology, demanding split-second timing and athletic stamina. “The Road,” set to “Peace Train,” “Trouble,” and more songs crafted by Yusuf/Cat Stevens, combines the spirit of the past with compelling contemporary choreography. 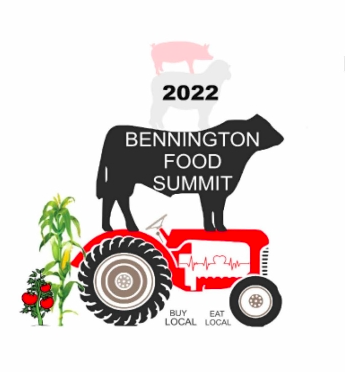 BENNINGTON, Vt. — On May 20 and 21, the 2022 Bennington Food Summit will celebrate parts of the local food system to highlight and share the opportunities that exist and the new ones opening up. These partners and community groups have been in conversation since the beginning of the Mellon Foundation grant awarded to Bennington College to address food insecurity in Bennington County. All events are free and open to the public; no registration is required.

“Food is central to everyone’s existence; the ability to access healthy, nutritious food is a human right. With hard work, creative thinking, and collaborative effort, many groups in the Town of Bennington are working hard to address food insecurity,” said Susan Sgorbati, director of the Center for the Advancement of Public Action at Bennington College.

ON FRIDAY EVENING, MAY 20 at 7 p.m., the keynote address will be given by Bryan Dale, Assistant Professor at Bishop’s University in Quebec, livestreamed and in-person at the Center for the Advancement of Public Action Symposium at Bennington College. The address is titled, Getting to Local: Challenges and Opportunities on the Path to Food System Transformation. In this talk, Dale will discuss his research that analyzes opportunities to invigorate local food economies from a social and environmental-justice perspective in a Canadian context. He will discuss food sovereignty and agroecology, and explore how these concepts can be put into action in practical ways, from food hubs and cooperatives to social movement organizing.

Drop in at GBICS’ Kitchen Cupboard 9–10 a.m. for a tour of the food pantry and conversation about food insecurity work in Bennington County. Visit Lake Paran to see the potential of a community kitchen/incubator space for aspiring food entrepreneurs. At 11 a.m., Lake Paran will host a cooking demo to make arugula pesto and crostini. The Robert Frost Stone House Museum will host artist and guerrilla grafter Margaretha Haughwout, who will be making seed bombs for tactical food forestry and discussing her Food Forest Futures installation at the Frost House as part of the 2021 Bennington Food Summit. Visit Sunrise’s Pantry to see all the concrete supports they provide to their program participants and the greater Bennington County community.

ON SATURDAY AFTERNOON, MAY 21 from 1–3 p.m., there will be a free lunch at the lower pavilion at Willow Park prepared by Becky Arbella and her colleagues in the food system and cooking classes at Shires Housing.

GREAT BARRINGTON — Berkshire Waldorf School (formerly Great Barrington Rudolf Steiner School) announces the appointment of Andrew Gilligan as First Grade teacher for the 2022-23 school year. Families whose children will be six by September 1, 2022 are invited to meet Mr. Gilligan at the BWS Meet the First Grade Teacher event Saturday, May 21, by appointment at the school. Parents and caregivers can register for this in-person event by creating an account and submitting an application. For more information, contact Admissions Director Robyn Coe at admissions@berkshirewaldorfschool.org or 413-528-4015.

Gilligan is an experienced Waldorf educator who has taught students across the Elementary and Middle School grades, as well as in Early Childhood, for the past 12 years. He comes to the Berkshires from the Seattle Waldorf School, where he has taught 1st and 2nd grades for the past two years. Previously, Gilligan was a Class Teacher for 1st–4th and 6th–8th grades at Meadowbrook Waldorf School in Richmond, Rhode Island. While there, he was also a member of the Board of Trustees and the Core Group of Teachers, leaders of the fiscal and pedagogical decision-making for the school. Gilligan earned his Bachelor of Arts degree from the University of Vermont, and completed his Elementary Education Certificate, Waldorf Education Certificate, and his Masters of Education degree from Antioch University New England.

At Berkshire Waldorf School, as in most Waldorf schools worldwide, Elementary School Class Teachers start with their class cohort in First Grade, and move through the Elementary School curriculum with their class, to build strong, long-term relationships, for up to eight years. Berkshire Waldorf School is currently accepting applications for the Class of 2030 to start this September.

WILLIAMSTOWN — Soundings: New Music at the Clark, a concert series presented by the Clark Art Institute in collaboration with the Nasher Sculpture Center, Dallas, continues Sunday, May 22 at 3 p.m. The second concert of the series, This Land with Theo Bleckmann & The Westerlies, takes place near the Clark’s outdoor reflecting pools (rain location: Clark auditorium).

Theo Bleckmann & The Westerlies draw inspiration from the long history of protest music in a performance delivered on the Clark grounds from a truck called the Yellow Barn Music Haul. A rousing brass band, Theo Bleckmann and The Westerlies has arranged songs by Joni Mitchell, Woody Guthrie, and Bertolt Brecht, as well as set lyrics by Joe Hill, a Swedish-American immigrant, laborer and union organizer, to music.

The performance is free; no registration is required. Bring a lawn chair or blanket for seating.

The critically acclaimed Soundings music series originated at the Nasher Sculpture Center in 2009 and features groundbreaking performances created under the artistic direction of Seth Knopp, a founding member of the Peabody Trio and artistic director of Yellow Barn, an international center for chamber music based in Putney, Vermont.

The next Soundings performance is The Other Mozart, an award-winning play telling the forgotten story of Nannerl Mozart, the sister of Wolfgang Amadeus Mozart, on Saturday, June 18 at 7 p.m.

Berkshire Bach Society to present Bach at New Year’s Live! in May

GREAT BARRINGTON — The Berkshire Bach Society (BBS) returns with the Six “Brandenburg” Concerti and Bach at New Years Live! in May, with nine-time Grammy award winner Eugene Drucker leading the Berkshire Bach Ensemble in three performances: Friday, May 27 at 6 p.m. at Saint James Place (Great Barrington); Saturday, May 28 at 3 p.m. at the Troy Savings Bank Music Hall (Troy, New York); and Sunday, May 29 at 3 p.m. at the Academy of Music (Northampton).

“We had to postpone these concerts at New Year’s because of the pandemic,” said Adrian van Zon, longtime Chairman of The Berkshire Bach Society, “so we are particularly delighted to offer them now live once again. The ‘Brandenburgs’ are among the most iconic pieces of the Baroque era and perhaps the best-loved of all of Bach’s works for orchestra.”

This year’s concerts are dedicated in memory of Kenneth Cooper, Music Director Emeritus, who established the popular holiday tradition in 1993 and who passed away in March 2021. This is Mr. Drucker’s fifth season as Music Director and his second live presentation of all six “Brandenburgs.” Drucker is co-founder of the Emerson String Quartet and a longtime member and soloist with the Berkshire Bach Ensemble. This year he is joined by distinguished harpsichordist Kenneth Weiss, who plays continuo in each work and takes center stage as soloist in the challenging “Brandenburg” No. 5.

Bach wrote and performed the six works that later became known as the “Brandenburg” Concerti during his tenure in the city of Köthen, where he worked for a music-loving prince and built the court orchestra into a virtuosic performing force. In 1721, he copied the scores and presented them as a set to the young Margrave of Brandenburg in Berlin to satisfy a longstanding commission. The manuscripts sat in the Brandenburg library undisturbed until their rediscovery in the 19th century, but reportedly were nearly destroyed during WWII, when their evacuation train came under aerial bombardment, and the librarian carrying the scores escaped with them hidden under his coat.