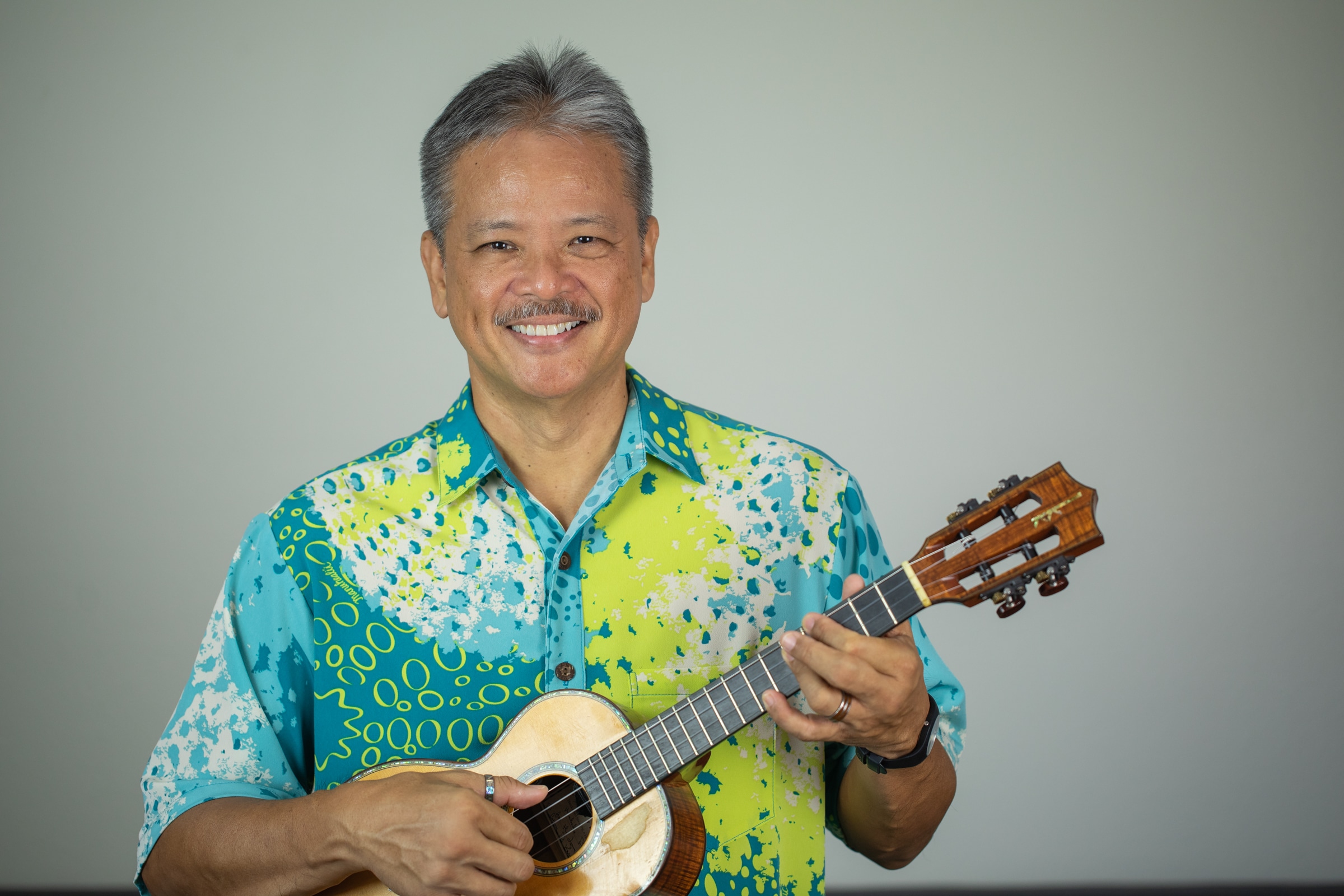 Sheffield — Professional ukulele musician Bryan Tolentino from O’ahu, Hawaii, will lead a ukulele workshop followed by a concert as part of his Ukulele Living Room Tour Saturday, May 11, from 2 to 4 p.m. at the Magic Fluke Company. The event celebrates Magic Fluke’s 20th anniversary of designing and building innovative musical instruments.

For many people, learning to play the ukulele starts with chords and lyrics on a sheet of paper. It’s then up to the player to turn a song into an interesting performance with emotion and inspiration. In this workshop, Tolentino will share tools and processes to help players bring their songs to a higher level. In an ensemble setting, participants will work on how to listen more to others, and create different rhythms and dynamics that will lend layers and emotion to playing styles.

Tolentino grew up in Hawaii and learned to play ukulele at the age of 10. He has played on over 50 CDs for other artists. In 2005, Tolentino released his solo CD “Ka ‘Ukulele Lele,” which became a Nā Hōkū Hanohano Awards finalist for Instrumental Album of the year. In 2015, he released the CD “Ukulele Friends” with Herb Ohta Jr., which received a Nā Hōkū Hanohano Award for 2016 Ukulele Album of the Year. In 2016, he expanded his role by joining the Performing Arts Academy at Kamehameha Schools’ Kapalama campus, educating young adults interested in learning and performing the ukulele. He and Ohta released “Ukulele Friends: The Sequel” in 2017. In 2018, he was hired as a substitute to teach Hawaiian Ensemble at Punahou School. He travels locally, nationally and internationally, sharing his love for the ukulele through performances and workshops.

The workshop fee is $30; registration is required. For tickets and more information, see the Berkshire Edge calendar or contact the Magic Fluke Company at (413) 229-8536 or sales@magicfluke.com.

Stockbridge — Berkshire Botanical Garden’s annual Plants-and-Answers plant sale, will take place Friday, May 10, and Saturday, May 11. The event will kick off with early buying for BBG members on Friday from 9 to 11 a.m. and will then open to the public from 11 a.m. to 5 p.m. and will continue Saturday from 9 a.m. to 5 p.m.

Thousands of woody and herbaceous plants will be displayed by habitat including plants for sunny areas, beds and borders, dry areas, plants for the woodland edge, and woodland plants, as well as annuals, tropicals and vines. This year’s sale includes more than 180 species/cultivars of native plants. Also available will be exotic plants, organic vegetable and herb plants, mixed succulent tabletop containers and BBG’s cone-shaped hanging container arrangements will be available for sale. “Ask Me” BBG staff and volunteers will be on hand to answer design and gardening questions. New this year is the Plants-and-Answers booth staffed by the Western Massachusetts Master Gardener Association as well as by gardening professionals who will also provide practical advice on growing and caring for plants. Select vendors will offer a variety of services and products, and box lunches can be pre-ordered online. A silent auction and book sale are planned for both days.

Admission and parking are free. For more information, contact Berkshire Botanical Garden at (413) 298-3926 or info@berkshirebotanical.org. 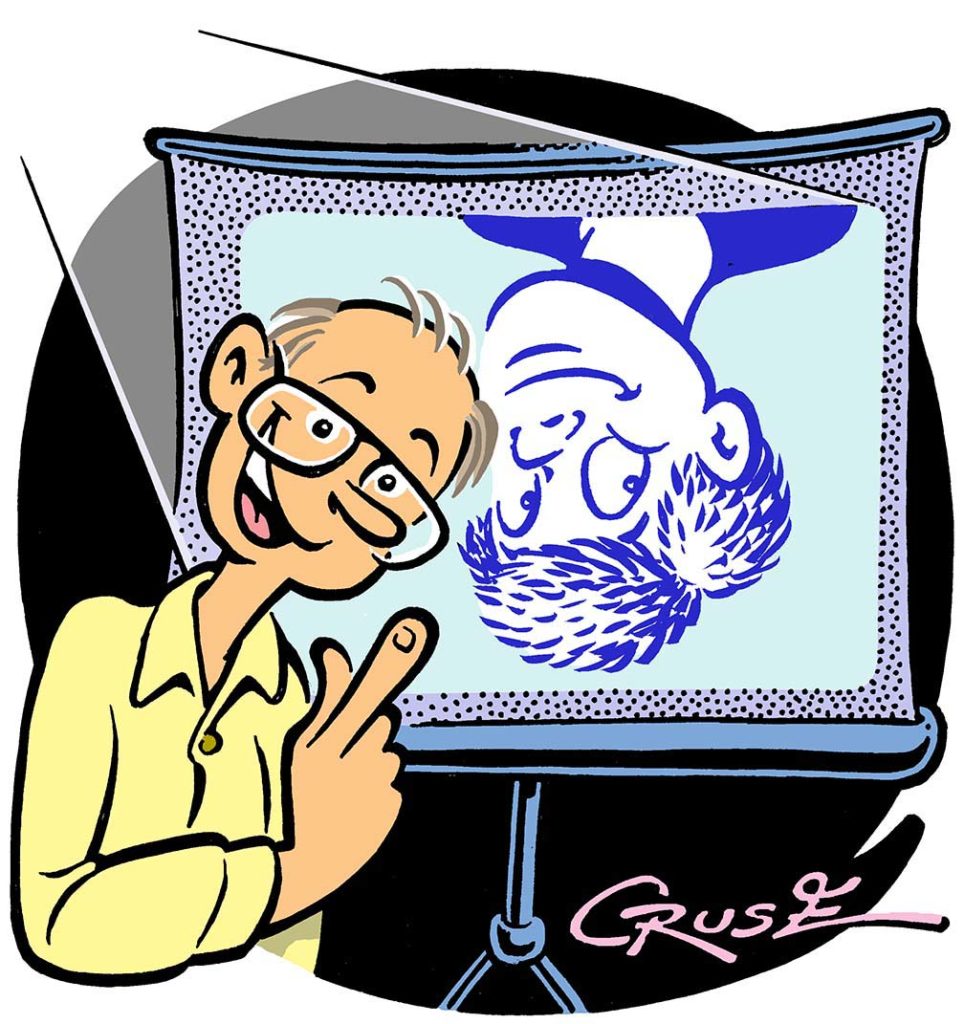 Pittsfield — On Saturday, May 11, from 2 to 4 p.m. at the Berkshire Athenaeum, Rainbow Seniors of Berkshire County will host artist Howard Cruse, who will share a slideshow presentation about his work. The subject will be his 1995 graphic novel “Stuck Rubber Baby,” which will be reissued next year in a repackaged 25th anniversary edition. Cruse’s first graphic novel after a decades-long career as an underground cartoonist, the book deals with homosexuality and racism in the 1960s in the southern United States in the midst of the civil rights movement.

Cruse’s slideshow will focus on the thought processes that went into his book’s creation. After the presentation, he will respond to questions or comments offered by the audience.

Since its publication, “Stuck Rubber Baby” has won Eisner and Harvey awards in the U.S., a Comics Creators Award in the UK, a Luchs Award in Germany, a 2007 Saló del Còmic de Barcelona Award in Spain, and a 2002 Prix de la critique at the Angouleme International Comics Festival in France. The Comics Journal cited Stuck Rubber Baby as being among the “100 Best Comics of the [20th] Century.”

The two “Pleiades” were first placed at Ventfort Hall when DeVries was the resident sculptor at the mansion in 2004 and 2005. After leaving Ventfort Hall for a time, they returned about five years ago and are now on permanent display. DeVries sees the donation of the two “Pleiades” as a way to thank Ventfort Hall and all who helped in the rebuilding efforts of his Middlefield studio, as well as to mark his 40th year as a sculptor.

DeVries’ sculptures can be seen throughout the world in both private and public collections. DeVries continues to cast and finish all his sculptures at his River Studio and foundry in Middlefield. In 2002 he and his wife, Patricia, opened DeVries Fine Art International Inc. in Lenox.