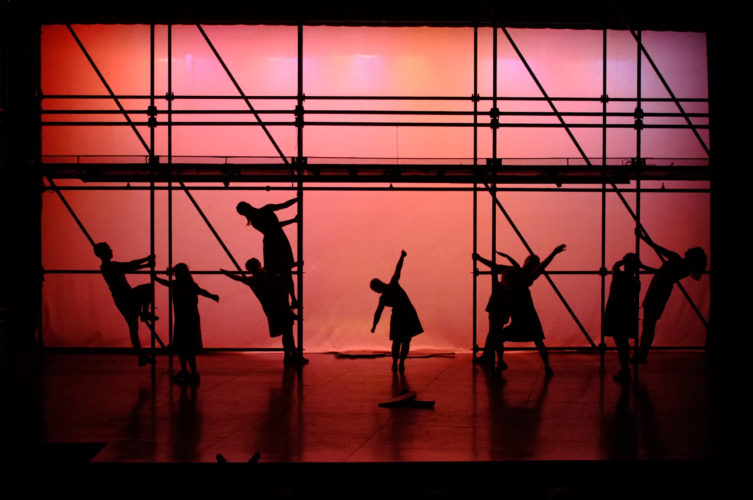 Lenox — Community Access to the Arts presents “Ready, Willing & Able,” CATA’s annual performance and gala on Saturday, May 16 at 6 p.m., and a second performance on Sunday, May 17 at 1 p.m. at Shakespeare & Company’s Tina Packer Playhouse at 70 Kemble Street.

“Ready, Willing & Able” features CATA’s performing artists with disabilities in a powerful showcase of talent in theatre, dance, music and more. The Saturday evening show is followed by a gala dinner and dancing. Tickets for both performances are available online at communityaccesstothearts.org or by calling CATA at (413) 528-5485.

The show is a culmination of hundreds of performing arts workshops that CATA provides to 600 people with disabilities in Berkshire County. Talents are honed throughout the year and shared with the community through this joyful performance weekend that includes a gala evening, CATA’s largest fundraising event.

The theme of “Ready, Willing & Able” was developed by Program and Artistic Director Dawn Lane to bring attention to the ability that lives within disability. “No one is separate from their talents or their struggles,” Lane said. “Our CATA artists model this everyday; their unique lens on the world makes for terrific art.”

Chatham, N.Y. — Students from the Bard College Conservatory of Music will perform the final concert of the spring chamber music series May 16 at 3 p.m. at Camphill Ghent, 2542 Route 66.

Reina Murooka, violin, Rosemary Nelis, viola, Sarah Ghandour, cello and pianist Annie Jeong will perform Mozart’s Piano Quartet in G Minor, the soulful Clarinet Trio in A Minor by Brahms and the romantic Piano Quartet in E-flat Major by Robert Schumann. A reception with the artists will follow the performance in the Camphill Ghent Culture Hall.

Tickets are $25 for adults, $20 for seniors and $5 for students. Call (518) 392-2760 or go to www.camphillghent.org for reservations. This performance concludes the third season of the Concerts at Camphill Ghent under the direction of Artistic Director Gili Melamed-Lev.

Murooka, 21, is currently a student of Weigang Li at the Bard College Conservatory of Music, where she is the recipient of the Bard Conservatory Fellowship scholarship. She is pursuing German studies as her academic degree at Bard.

Nelis is a junior at Bard College Conservatory of Music where she studies with Steven Tenenbom and Michael Tree. Beginning at age 5, she attended the Special Music School in New York City, later moving on to Bard High School Early College where she graduated in 2012 with an associate of arts diploma. In addition to collaborating with artists Laurie Smukler and Benjamin Hochman, Nelis has participated in festivals such as Music @Menlo, Bard Music Festival and Bowdoin International Music Festival. In addition to her viola studies, Nelis is majoring in Chinese Language and Literature.

Ghandour is a junior studying cello performance with Peter Wiley and Luis Garcia-Renart in the Conservatory. She is also pursuing a mathematics degree at Bard College. Ghandour is a graduate of the San Francisco Conservatory of Music Preparatory Program, where she studied cello with Jean-Michel Fontineau. An avid chamber musician, she has participated in Music@Menlo and Yellow Barn Chamber Music Festivals.

Jeong has performed throughout South Korea and the United States as a soloist and a chamber musician. She is pursuing a Bachelor of Arts degree in Japanese Literature and Language at Bard College and a bachelor of music in Piano Performance from the college’s Conservatory of Music as a pupil of Benjamin Hochman.

The Bard College Conservatory of Music, founded in 2005 as a special five-year double-degree program within Bard College, has a world-class faculty and recruits students from all over the world.

Lecture on works of Saul Bellow at Congregation Ahavath Sholom

Great Barrington — Richard Macht, raconteur and retired Dartmouth College professor of Jewish mysticism will lead a discussion of the works of Nobel Prize-winning author Saul Bellow Monday, May 18, at 7 p.m. at Congregation Ahavath Sholom. The synagogue is located at 15 North St., adjacent to Bike and Board and across the street from the Great Barrington Fire Station.

In addition to the Nobel Prize, Bellow received the Pulitzer Prize, three National Book Awards and many other honors. Included among his many writings are The Adventures of Augie March, Herzog, and Mr. Sammler’s Planet.

Macht was born in Philadelphia, Pa. He received his B.A. from Dartmouth College, his M.A. Duke University, and Ph.D. from Indiana University. He taught Jewish Mysticism, and Israeli, Yiddish, and German Literature at Dartmouth College. He is now retired and lives in the Berkshires.

A wine and cheese reception will follow the program. All are welcome. A contribution of $10 is requested.