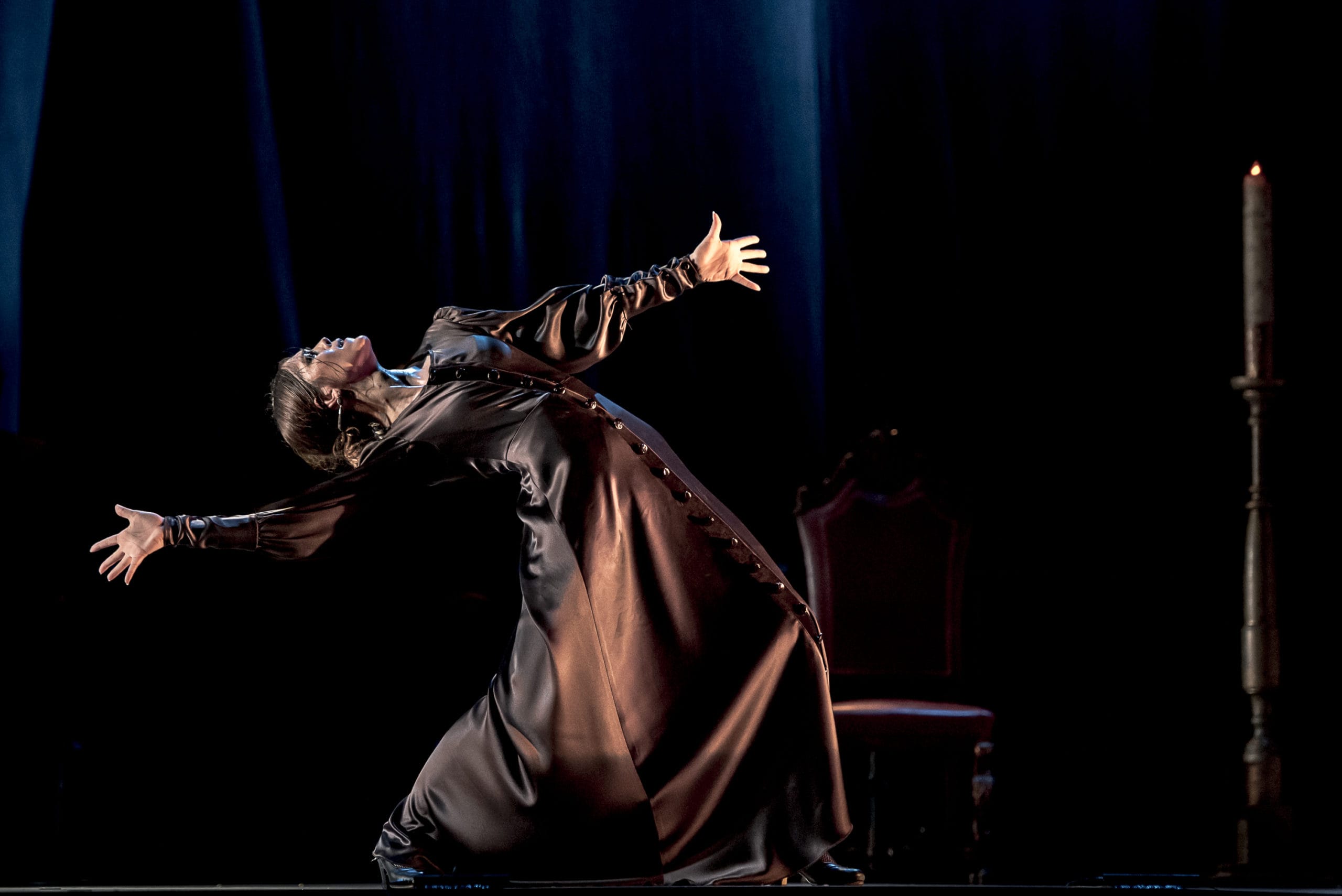 Patricia Guerrero will perform Sunday, March 15, as part of the Beyond Flamenco mini festival at PS21 in Chatham, N.Y. Photo: Juan Conca

PS21 to hold Beyond Flamenco, a mini-festival of contemporary flamenco

Chatham, N.Y. — PS21 will kick off its spring season with Beyond Flamenco, a mini-festival of contemporary flamenco. Flamenco has a convoluted history originating with the Romani people in 18th century Southern Spain. Today, a new generation of younger artists is redefining flamenco for the 21st century. Patricia Guerrero, born in Granada in 1990, and Eduardo Guerrero, a 36-year-old native of Cadiz, are two dancer-choreographers who embody the changing face of flamenco.

On Sunday, March 15, at 6 p.m. PS21 will host “Proceso Eterno (Eternal Process),” featuring the dancing of Guerrero, which combines modern and traditional elements of flamenco into a choreographic stream of consciousness. The piece is under the musical direction of flamenco guitarist and composer Dani de Moron with vocals by Sergio El Colorao, and percussionist Agustin Diassera.

On Friday, March 20, at 7 p.m., Guerrero, performs in “Desplante,” an intimate and dramatic blend of flamenco styles that revolves around 19th-century mining songs from the Sierra Cartagena region. Guerrero is accompanied by vocalist Miguel Rosendo and guitarist of Javier Ibanez.

PS21 will also have the Manuel Liñán Company in residence Monday, March 30, through Wednesday, April 1, to give movement workshops in local schools and share with the community. A movement workshop will be held Sunday, March 29, at 2 p.m. On Tuesday, March 31, at 6 p.m. at Time and Space Limited in Hudson, PS21 will hold a critical conversation with Manuel Liñán, titled “Contemporary Flamenco: Art, Resistance and Gender.”

The Foundry to welcome Amy LaVere, Will Sexton

Editor’s note: As of Thursday, March 12, this event has been postponed to a later date yet to be determined.

West Stockbridge — On Saturday, March 14, at 8 p.m., the Foundry will welcome singer-songwriter duo Amy LaVere and Will Sexton, who will play two separate sets from both of their newly released albums.

LaVere’s live performances are anything but predictable. She might appear on stage with a full band, sporting a mask and pink wig, or simply be natural in blue jeans and sandals, but her upright bass and clever song delivery are constants. She’s performed in venues as wide-ranging as St. Andrew’s Hall in London and Earnestine and Hazel’s in Memphis. LaVere’s latest album, “Painting Blue,” was released in August on Nine Mile Records.

Along with older brother Charlie, the San Antonio-born Sexton was a musical prodigy who eventually moved to Austin, coming of age in the city’s hothouse environment. Playing with iconic Lone Star figures such as Doug Sahm, Joe Ely, Roky Erickson and Stevie Ray Vaughan, he scored a major label deal while still in his teens fronting Will and the Kill. He released “Don’t Walk the Darkness,” his first solo record in a decade, March 6 on Big Legal Mess.

Tickets are $20. For tickets and more information, see the Berkshire Edge calendar, or contact the Foundry at (413) 232-5222 or info@thefoundryws.com.

Lila has built a fragile tranquility in the Catskill mountain home she shares with her husband, Edgar, and their teen daughters. Soon after the girls leave for summer adventures, Edgar reveals the birth of a child with another woman, leaving Lila to a season of explosive loss and reconfiguration. Lila lashes out, exploring the corners of grief, anger and desire through her friendship with a younger man. As Lila’s world overturns, those who count on her likewise come undone. The film stars Talia Balsam and Columbia County, New York, resident Scott Cohen.

Tickets are $10 for BIFF REEL Friends and $12 for soon-to-be REEL Friends. For tickets and more information, see the Berkshire Edge calendar or contact the Berkshire International Film Festival at (413) 528-8030 or kelley@biffma.org.

Ainissa Ramirez to discuss ‘The Alchemy of Us’

Editor’s note: As of Friday, March 13, this event has been cancelled.

Salisbury, Conn. — Scoville Memorial Library will host a pre-release book talk by Ainissa Ramirez, Ph.D., Saturday, March 14, at 4 p.m. on her upcoming book ‘The Alchemy of Us.’

In ‘The Alchemy of Us,’ Ramirez examines eight inventions — clocks, steel rails, copper communication cables, photographic film, light bulbs, hard disks, scientific labware, and silicon chips — and reveals how they shaped the human experience. Ramirez tells the stories of the woman who sold time, the inventor who inspired Edison, and the hotheaded undertaker whose invention pointed the way to the computer. She describes, among other things, how the pursuit of precision in timepieces changed how we sleep; how the railroad helped commercialize Christmas; how the necessary brevity of the telegram influenced Hemingway’s writing style; and how a young chemist exposed the use of Polaroid’s cameras to create passbooks to track Black citizens in apartheid South Africa.

Ramirez is a self proclaimed “science evangelist.” A graduate of Brown and Stanford universities with stints at MIT and Yale, she has been featured as a TED talk presenter and has written for Time, Scientific American, American Scientist and Forbes. She makes regular appearances on PBS’ SciTech Now.

‘Meet Me at the Clark’ engages those with memory disorders

Williamstown — To provide those living with mild Alzheimer’s disease or memory disorders with opportunities for social engagement, the Alzheimer’s Association Massachusetts/New Hampshire Chapter will hold “Meet Me at the Clark” Monday, March 16, from 2 to 4 p.m. at the Clark Art Institute.

“Meet Me at the Clark” welcomes individuals with mild memory loss and their care partners to enjoy private viewing time in the galleries. The program is free and open to the public, and repeats monthly. Advance registration is required. For more information or to register, call the education coordinator at (413) 458-0563.

Note: The following is a list of cancellations that The Edge has received as of this writing. While we aim to keep this list as accurate as possible, we recommend that attendees contact venues before heading out in order to make sure their events will be taking place as scheduled.