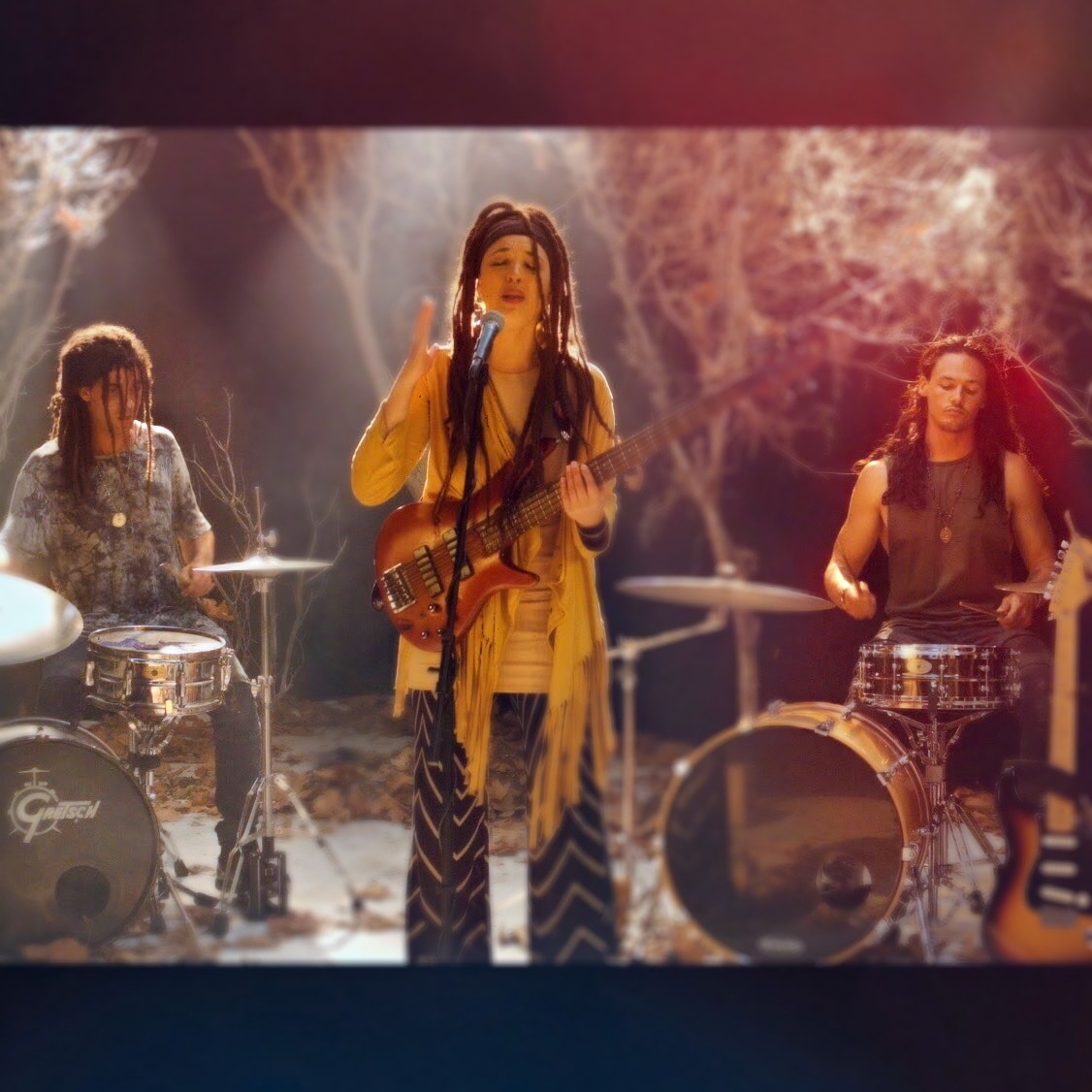 SayReal is a pop-reggae group based out of Los Angeles, California. Established in 2016, the band is fronted by vocalist and bassist Naia Kete of NBC’s “The Voice.” On drums, guitar and vocals is her long-time partner, Lee John; and rounding out the trio on drums, keys and vocals is her younger brother, Imani Elijah. The group weaves impactful and genuine music with an undeniable thread of reality.

Drawing on varying influences both musical and spiritual, Jason Cohen, the visionary force of Incus, has produced healing and expressive arts gatherings with a focus on reverence for nature and inspiring people through creativity for many years. He is part of a land project at Camp Timber Trails in Tolland; the director of HeARTbeat Collective, and curator of the Unifier Festival. His compositions are inspired by his work producing 35 Forestdance gatherings, which have taken place in 7 U.S. states and 12 times in Costa Rica. Along with his accordion, he will be joined by Nash Atkins on guitar, Thomas Matherly on bass, and Jed Blume on tablas and percussion.

Tickets are $20 in advance and $25 at the door. For tickets and more information, see the Berkshire Edge calendar, or contact Race Brook Lodge at (413) 229-2916 or info@rblodge.com.

Winsted, Conn. — American Mural Project will host an open mill event Sunday, Feb. 16, to view the current mural installation progress. Tours will be offered at noon, 1 p.m. and 2 p.m., lasting approximately 45 minutes each. As AMP is not currently open to the public, this event provides a first-hand sneak peek into the installation process before it is complete, which is anticipated to be in the next two years.

Open mill visits include an overview of founder and artistic director Ellen Griesedieck’s inspiration for the mural as well as AMP’s current and future plans for the mural, education programs and expansion. Through staff-guided tours, visitors will learn about the mural’s tribute to American workers, the people depicted in the mural and why the subjects were chosen. Tours also provide an opportunity to hear stories about the represented workers and to ask questions.

There is a suggested donation of $5 per person. Registration is required. For more information or to register, see the Berkshire Edge calendar, or contact American Mill Project at (860) 379-3006 orinfo@americanmuralproject.org.

Stockbridge — The Laurel Hill Association will hold its annual meeting Wednesday, Feb. 19, at 6 p.m. at the Stockbridge Library, Museum & Archives.

The featured speaker will be Mike Beck, executive director of Berkshire Botanical Garden. He will present “Teaching an Old Garden New Tricks: How Berkshire Botanical Garden Is Creating Its Own Future.” BBG celebrated its 85th anniversary last year and, after overseeing the renovation and expansion of its historic Center House building, it is now in the process of creating a new master site plan to allow it to weather changes in the years ahead. Working with respected landscape architects Nelson Byrd Woltz, BBG is re-envisioning its 24-acre property and how it fits into the larger landscape and addresses the needs of the community.

The event is free and open to the public. Refreshments will be served. For more information, contact the Laurel Hill Association at 413-298-2888 or info@laurelhillassociation.org.

Williamstown — The 2020 Williams College French Film Festival will take place over three consecutive Mondays (Feb. 17, Feb. 24 and March 2) at 7 p.m. at Images Cinema. This year’s theme, “Against the Odds: Strength and Resilience in French and Francophone Film,” examines the multiple faces of French and Francophone cinema. Each of the films explore the individual complexity of the French and Francophone identity today, as well as the contemporary aftermath of France and Belgium’s colonial pasts.

In “Tazzeka” (2018) by Jean-Philippe Gaud, tells of Elias’ culinary journey from childhood in Morocco to being an undocumented immigrant in Paris. Alain Gomis’ “Félicité” (2017) showcases the life of a bar singer in the streets of Kinshasa in the Democratic Republic of the Congo. In Amandine Gay’s documentary “Ouvrir la Voix (Speak Up)” (2017), Black women whose origins lie in European colonial history in Africa and the Caribbean discuss their different backgrounds and experiences as victims of discrimination, and talk about how they are often reduced to clichés.

The films are free and open to the public. For more information and a full schedule of films, see the Berkshire Edge calendar.