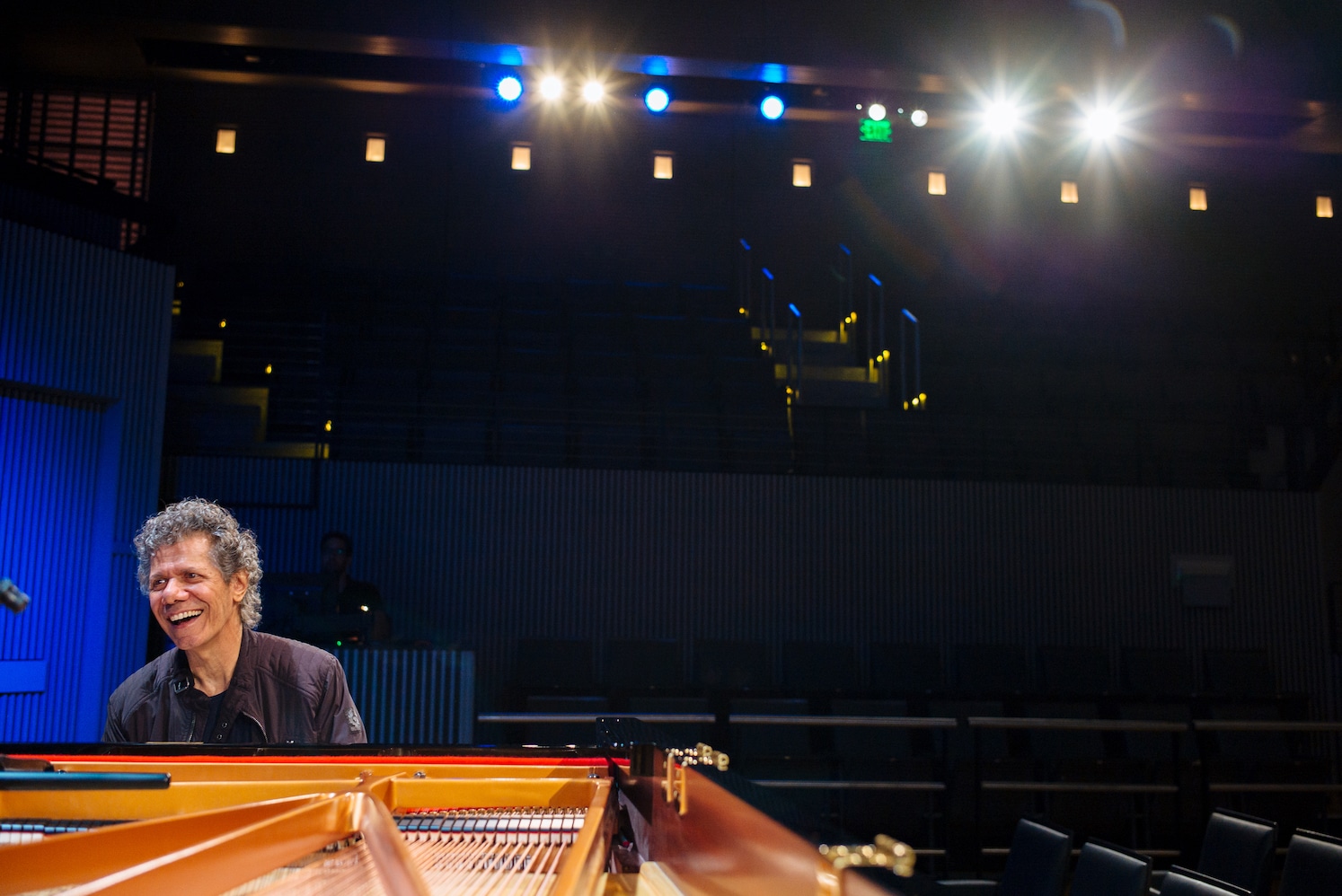 Keyboardist, composer, and bandleader Corea is a DownBeat Hall of Famer and NEA Jazz Master as well as the fourth most-nominated artist in Grammy Awards history with 63 nominations—plus 22 wins, in addition to a number of Latin Grammys. From straight-ahead to avant-garde, bebop to jazz-rock fusion, children’s songs to chamber and symphonic works, Corea has touched a number of musical bases in his career since playing with the bands of Miles Davis in the late 1960s and early ’70s. Born in 1941 in Massachusetts, he remains a tireless creative spirit, continually reinventing himself through his art.

Patitucci was born in Brooklyn, New York, and began playing the electric bass at age 10. Since 1985, his association with Corea has put him at the forefront of the jazz world. As a studio musician, he has also played on albums with artists ranging from Bonnie Raitt and Wayne Shorter to Bon Jovi and Queen Latifah.

A native of Shreveport, Louisiana, Blade established himself as a versatile, accomplished drummer early in his career. In addition to performing with his own group, the Brian Blade Fellowship, he is an in-demand sideman and collaborator, working with Corea, Shorter, Herbie Hancock, Bob Dylan, Joni Mitchell, Norah Jones, Joshua Redman and others.

Varda helped define modern cinema over her 60-year career and earned accolades from peers, film critics and fans alike. The Belgian-born filmmaker and photographer grew up in the south of France, where she launched her career in 1955 with the drama “La Pointe Courte,” which predates the rise of the French New Wave, the film movement to which she is linked and which is considered one of the most influential movements in the history of cinema, inspiring Hollywood directors such as Martin Scorsese and Francis Ford Coppola.

Scoville Library to host talk on workings of immigration system

Salisbury, Conn. — The Scoville Memorial Library will host Chris George, executive director of Integrated Refugee and Immigrant Services, Saturday, April 13, at 4 p.m. for a talk titled “Welcoming Refugees While Maintaining Our Security: How the U.S. Security Screening Process for Refugees Has Worked for Decades.”

Attendees will be part of an interactive presentation of the overseas security screening process that a typical refugee family passes through before coming to the United States. George will discuss how a refugee family, living in a war zone in Syria, fled their home country. The story will follow the family’s move through the vetting process and eventual resettlement in Connecticut.

For the past 13 years, George has been the executive director of IRIS, Connecticut’s largest refugee resettlement agency. Based in New Haven but working with community groups all over the state, IRIS has welcomed more than 1,000 refugees to Connecticut over the past three years. George has spent most of his professional life living in or working on the Middle East. He spent a total of 12 years in the West Bank and Gaza Strip. He was executive director of Human Rights Watch – Middle East for two years. He worked nine years with Save the Children and three years with the American Friends Service Committee. He began his international career in 1977 as a Peace Corps volunteer in Muscat, Oman. He speaks Arabic.

The talk is free and open to the public. For more information, contact the Scoville Memorial Library at (860) 435-2838 or scovlibn@biblio.org.

The Suitcase Junket to perform at Club Helsinki Hudson

Hudson, N.Y. — Matt Lorenz, the Northampton, Massachusetts-based indie-blues singer-songwriter who performs under the moniker of the Suitcase Junket, will bring his box of creative tricks to Club Helsinki Hudson Saturday, April 13, at 9 p.m.

Lorenz learned to sing by copying his sister Kate (the siblings are two-thirds of the touring trio Rusty Belle). Lorenz graduated from Hampshire College in Amherst, Massachusetts, in 2004, and, on moving day, pulled his guitar, filled with mold and worse for wear, from a dormitory Dumpster. He fixed it up and started pulling songs out of it. That was the beginning.

The latest album from the Suitcase Junket, “Mean Dog, Trampoline,” is populated by characters in various states of reverie: leaning on jukeboxes, loitering on dance floors, lying on the bottoms of empty swimming pools in the sun. Produced by Steve Berlin of Los Lobos, “Mean Dog, Trampoline” marks a deliberate departure from the self-recorded, homespun approach of the Suitcase Junket’s previous efforts. In creating the album, Lorenz pulled from a patchwork sonic palette, shaping his songs with elements of jangly folk, fuzzed-out blues and oddly textured psych-rock.