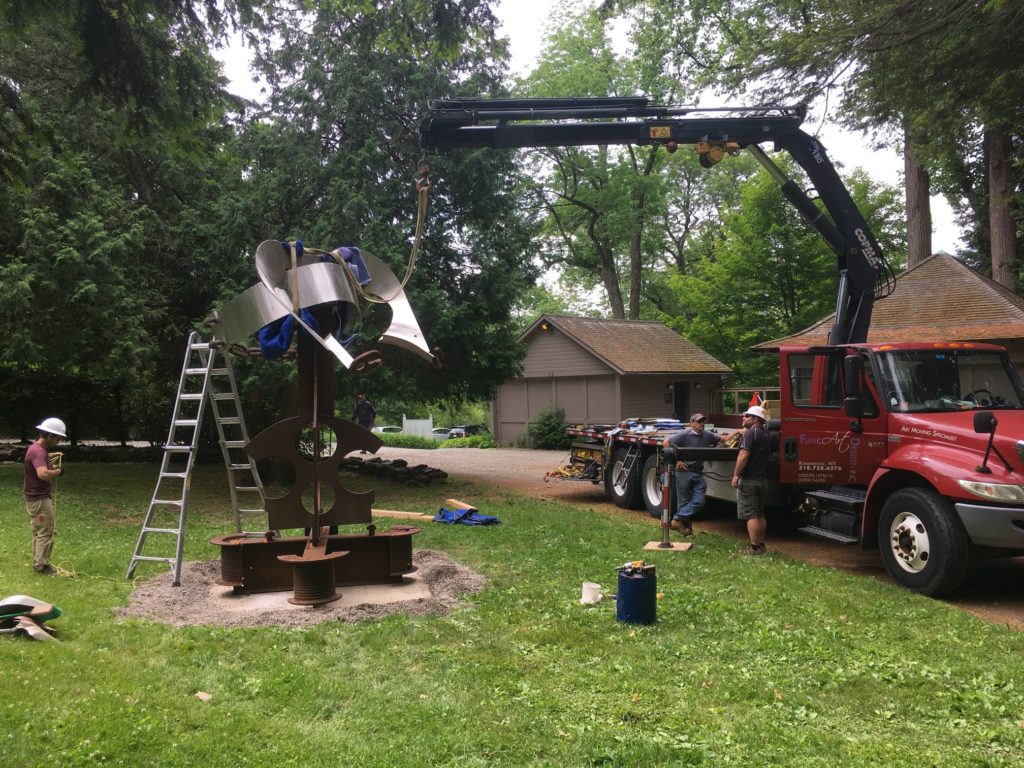 A sculpture by Mark di Suvero being installed at Chesterwood in advance of the ‘Contemporary Sculpture at Chesterwood: 40 YRS’ exhibit, which is set to open Saturday, June 30. Photo courtesy Chesterwood

Stockbridge — Chesterwood is commemorating 40 years of displaying outdoor contemporary sculpture with the exhibition “Contemporary Sculpture at Chesterwood: 40 YRS”, on view Saturday, June 30, through Monday, Oct. 8. Co-curated by Maxwell Davidson Gallery President Maxwell Davidson III and Maxwell Davidson Gallery partner and senior director Charles C. Davidson, the exhibition features 12 outdoor sculptures, the majority of which are kinetic. A preview opening reception with the guest co-curators and artists will be held Friday, June 29, from 5:30 to 7 p.m. A gala fundraiser dinner catered by the Old Inn on the Green will follow at 7 p.m.

In 1978, Chesterwood held its inaugural sculpture show in 1978, curated by art historian John Davis Hatch V, who brought together sculpture by 23 artists working in the Berkshires region. The idea for a contemporary outdoor sculpture show was initiated at a Chesterwood Advisory Council meeting in 1974. While the Council first suggested featuring neo-classical works to reflect the style and legacy of Daniel Chester French, the 1978 inaugural exhibition included dynamic, abstract works forged from materials such as cement, lucite and steel.

One of the earliest venues in the United States to showcase large-scale works in an outdoor setting, Chesterwood has exhibited sculpture by more than 600 emerging and established artists. Prominent art curators, historians and gallery directors, with the guidance of Chesterwood staff, have traditionally organized the outdoor sculpture show through a juried or selection process.

Tickets for the opening reception are $20. Tickets for the reception and farm-to-table meal are $225 for members and $250 for non-members. For more information and reservations, call (413) 298-2034 or email Margaret Cherin at mcherin@savingplaces.org. 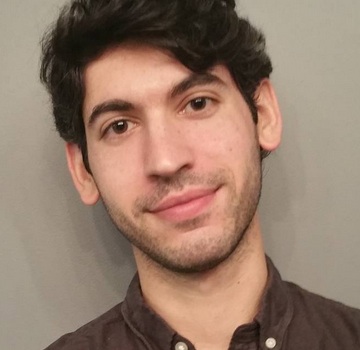 Great Barrington — Berkshire Playwrights Lab will present a staged reading of “After Dad” by Cary Gitter Wednesday, June 27, at 7:30 p.m. at the Mahaiwe Performing Arts Center.

“After Dad” is a raw, raunchy comedy about grief, coming home and figuring out how to live your life after you lose the person you loved most. After Cammy’s father dies, she returns home to New Jersey for shiva, the Jewish ritual of mourning, and contends with her mother, her childhood best friend, her high school crush and more.

Gitter is a member of the Ensemble Studio Theatre’s Obie Award-winning Youngblood playwrights’ group. His play “How My Grandparents Fell in Love” was a New York Times Critics’ Pick as part of EST’s 36th Marathon of One-Act Plays and aired on the public radio show “Playing on Air.” He was the recipient of a 2017 New Play Commission from the EST/Sloan Project. Gitter’s plays have been developed at BPL, the Cincinnati Playhouse in the Park, EST, the Flea Theater, New Jersey Repertory Company, the Tank and elsewhere. He has been a two-time O’Neill semifinalist and a Jewish Playwriting Contestfinalist. He has an upcoming residency at Tofte Lake Center in Minnesota, and his work will soon be published in “The Best Men’s Stage Monologues 2018.”

Tickets are $5–$30. First responders with valid ID and children 12 and under will be admitted free. For more information, see the Berkshire Edge calendar or contact Food Truck Festivals of America at (617) 254-9500 or info@foodtruckfestivalsofamerica.com. 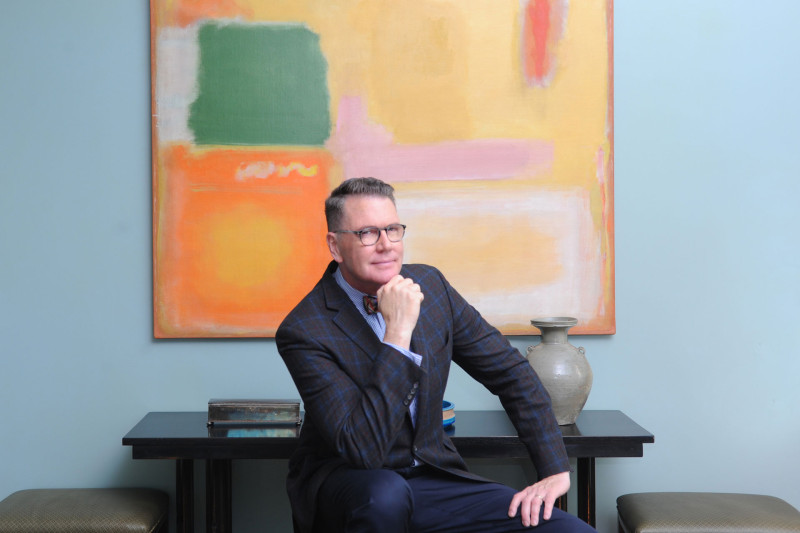 Lenox — The Mount will host award-winning New York interior designer and decorative arts historian Thomas Jayne for a public lecture Thursday, June 28, at 4 p.m. In an illustrated presentation, Jayne will discuss his most recent book, “Classical Principles for Modern Design: Lessons from Edith Wharton and Ogden Codman’s ‘The Decoration of Houses.’” The lecture will be followed by a light reception and book signing.

Drawing from his own work at Jayne Design Studio, Jayne will discuss the principles found in “The Decoration of Houses,” as well as how those principles both complement and diverge from his interpretation of classical interior design.

AD100 designer Jayne is the founder and principal of Jayne Design Studio. He holds a master’s degree from the University of Delaware and completed fellowships at the Metropolitan Museum of Art’s American wing and the J. Paul Getty Museum. He is the author of “The Finest Rooms in America: Fifty Influential Interiors from the Eighteenth Century to the Present” and “American Decoration: A Sense of Place,” a monograph on the work of Jayne Design Studio.

Tickets are $10. For tickets and more information, see the Berkshire Edge calendar or contact the Mount at (413) 551-5111 or info@edithwharton.org. 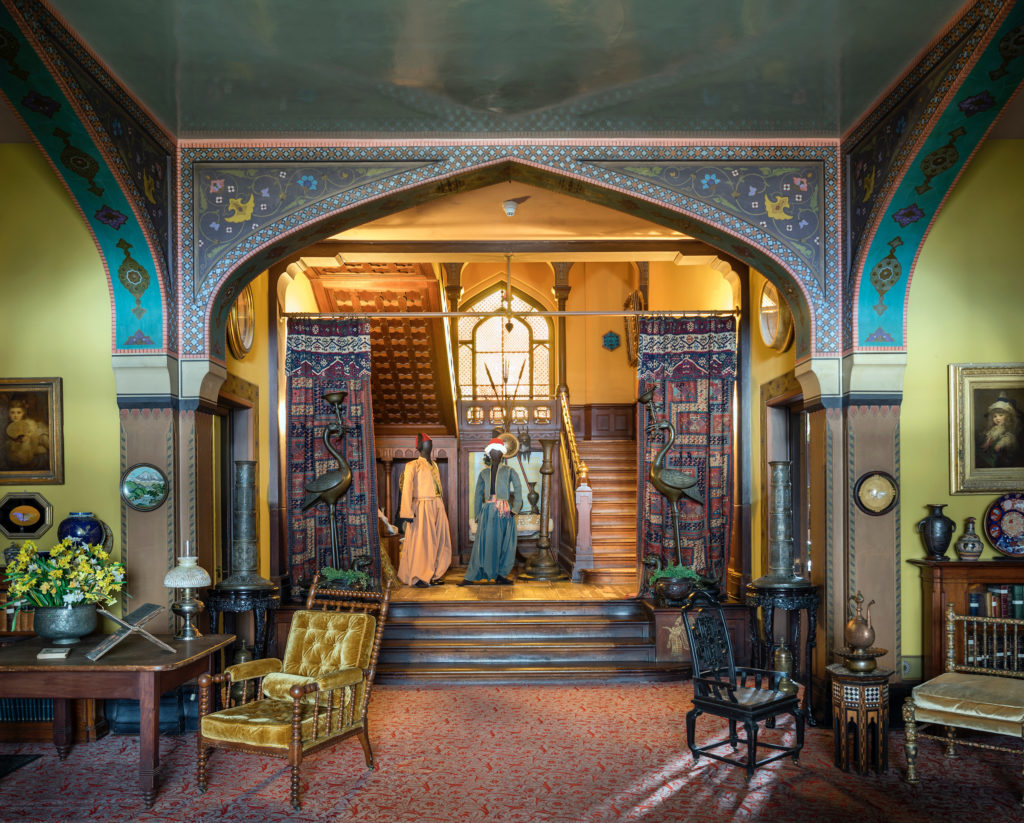 Mid 19th-century clothing from the Olana collection and the Cornell University Costume and Textile Collection on mannequins in the Court Hall at Olana.
Photo: Peter Aaron/OTTO

Hudson, N.Y. — The Olana Partnership has partnered with the Institute of Arab and Islamic Art for the 2018 Artists on Art tour series. The IAIA is augmenting Olana’s exhibition “Costume & Custom: Middle Eastern Threads at Olana” by engaging young contemporary artists of Arab and Islamic descent to lead tours of the main house and exhibition at Olana. The artists will draw on their own perspectives to interpret Frederic Church’s Middle Eastern collections and Persian-inspired home and its relationship to issues of cultural identity as it relates to clothing and the body.

Olana’s 2018 exhibition displays clothing brought back by Church from his journey to the Middle East in 1867-68, interpreted and shown alongside drawings, sketches and paintings inspired by his travels. The artists selected to lead the tours will react to and engage with this never-before-seen part of Church’s collection, while drawing from their own experiences.

IAIA is a New York City-based independent, nonprofit hub that promotes and advances the artistic and cultural dialogue between New York and the Arab and Islamic worlds. IAIA serves as a much-needed platform for creative, innovative and forward-thinking artists, curators, critics, scholars and intellectuals through diverse education programs, a multidisciplinary exhibition space, a knowledge-building facility and an emphasis on collaborations with cultural organizations around the globe.