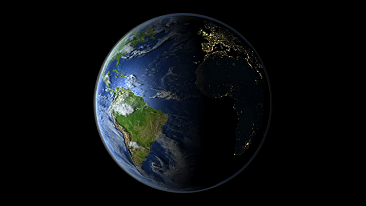 There is something beyond hope or despair in response to the dilemma of climate change or climate breakdown, a term that the British journalist, George Monbiot, recently coined. When I hear people say, “Yes, we must have hope,” this often sounds hollow to me, not true to reality. It seems the fear is that without hope, we will fall into despair and not do anything – fall into a state of helplessness or depression.

Neither has been true in my experience.

Recently, I read the summary of The Intergovernmental Panel on Climate Change (IPCC), which issued its report stating the planet will reach the crucial threshold of 1.5 degrees Celsius (or 2.7 degrees Fahrenheit) as early as 2030 causing catastrophic impacts across the globe and added that “it is not impossible to limit global warming to 1.5 degrees Celsius, but it will require unprecedented and collective climate action in all areas. There is no time to waste.”

I was naturally upset and no doubt had all sorts of other responses, but mainly I felt a driving urgency, a fire to respond, to do more, even though realistically it is so unlikely that in the next few years we will collectively take unprecedented climate action.

What then did I do first? I immediately wrote to some of the Republican senators urging them to act on their conscience. I wrote an essay in less than two hours for my blog site, Spotlight Planet Earth, that had lain dormant previously for over a year. I started to post many articles on my FaceBook page and I even wrote to President Trump when I heard he was going to read the IPCC report.

Something got unleashed in me; a kind of tempered fearlessness that could no longer succumb to any hesitations to call or write individuals. What was there to lose?

I also went to Omega Institute for a weekend with Paul Hawken and his team which focused largely, but not exclusively, on his book, Drawdown, and how it’s being used all over the country in schools and communities. As the book states, it is “the most comprehensive plan ever proposed to reverse Global Warming.”

The weekend was uplifting and inspiring as we learned about what is already happening with teachers and their students. So many serious, committed youths are making a difference and speaking with raw authenticity and passion.

How could one not feel even more revved up after that? And although the prognosis for our planet still does not look good, as a friend said to me recently, “life wants life.” I can’t stop responding. It’s beyond reason, beyond emotion, beyond hope or despair.

It’s hard to find the words. The late Vaclav Havel, writer, statesmen, philosopher and dissident from Czechoslovakia, expressed it beautifully, as a different kind of hope.

“The kind of hope I often think about (especially in situations that are particularly hopeless, such as prison) I understand above all as a state of mind, not a state of the world… It’s a dimension of the soul; it’s not essentially dependent on some particular observation of the world or estimate of the situation… Hope in this deep and powerful sense is not the same as joy that things are going well…but rather, an ability to work for something because it is good, not just that it stands a chance to succeed.”

Yes, this fire is on a deep soul level. And that “dimension of the soul” wants what is right, good and meaningful. Life wants life to prevail. What other choice do we have?