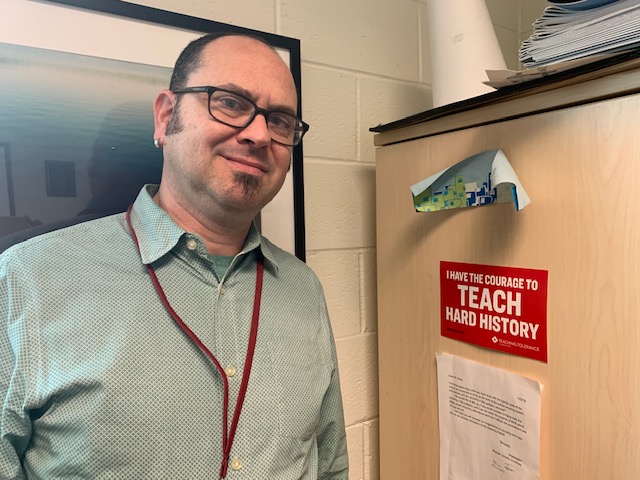 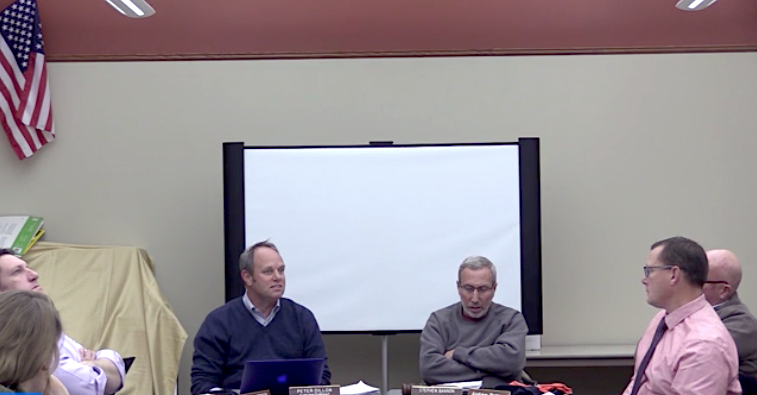 There’s a new urgency to respond to a chain of events that started when a MVMS student reported to his parent that he’d been repeatedly threatened by another student, who claimed to have a list of Jewish students he intended to “nuke.” The parent called Berkshire Hills Regional School District Superintendent Peter Dillon, who called the police. The police went to the house of the student who’d been targeted as the would-be aggressor, and a psychologist and social worker did a risk assessment at school with the student. No list was found.

Based on their discoveries, Dillon said the district and police concluded, “From legal perspective and practical perspectives, we didn’t perceive a credible threat.” He added, “But that doesn’t diminish the fact that people are still upset, and some are terrified.” Parents have subsequently learned that the threat did not appear to be an isolated incident but was part of a pattern of threatening behavior that apparently included leading other students in the “Heil Hitler” salute. 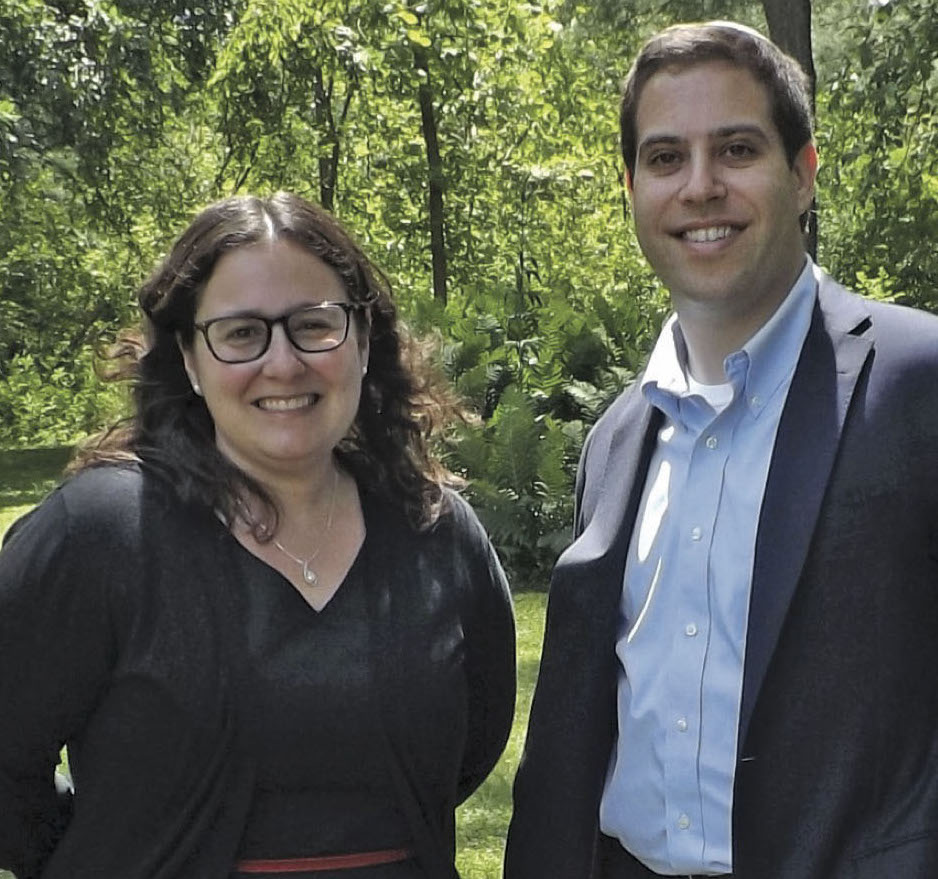 The faith community was well-represented at the community meeting, with Hevreh of Southern Berkshire’s rabbis Jodie Gordon and Hirsch, Rabbi Barbara Cohen from the Ahavath Sholom congregation, Rev. Liz Goodman of the Monterey Church of Christ, Rev. Tara Tetzlaff of the First Congregational Church of Great Barrington, Rev. Sam Smith from St. Paul’s Episcopal Church in Stockbridge, and Vivian Orlowski of the South Berkshire Friends Meeting. (Said Hirsch, “I haven’t seen that many clergy together for anything in a long time.”) MVMS Principal Ben Doren and Dillon attended, as well as NAACP Berkshire County Branch President Dennis Powell, and representatives from Railroad Street Youth Project and Berkshire South Regional Community Center.

Rabbi Gordon wants to see an ambitious mandate and is keen to maintain a sense of urgency. “How do we show that there is a coalition of leaders who want to say that the Berkshires are no place for hate? How do we move on from stickers and banners and one-off assemblies?”

One immediate step both the community leader and parent groups agreed to take was to send a series of letters to the editor to area newspapers affirming their collective will to fight anti-Semitism.

Meanwhile, within the school, Dillon and Doren report that responses will include an expansion of the work being done with the Anti-Defamation League’s A World of Difference education program. Last year 28 MVMS students were trained as peer-to-peer educators to teach younger students, and next month another 20-30 will be trained. Teachers will now learn the curriculum in a training that Doren said, “will take place as soon as possible.” A World of Difference walks students through the origins of bias in society, teaches how to step out of the bystander role and into the role of “upstander” when other children are singled out and, importantly, creates a safe space where people can express their opinions and not be judged for them. 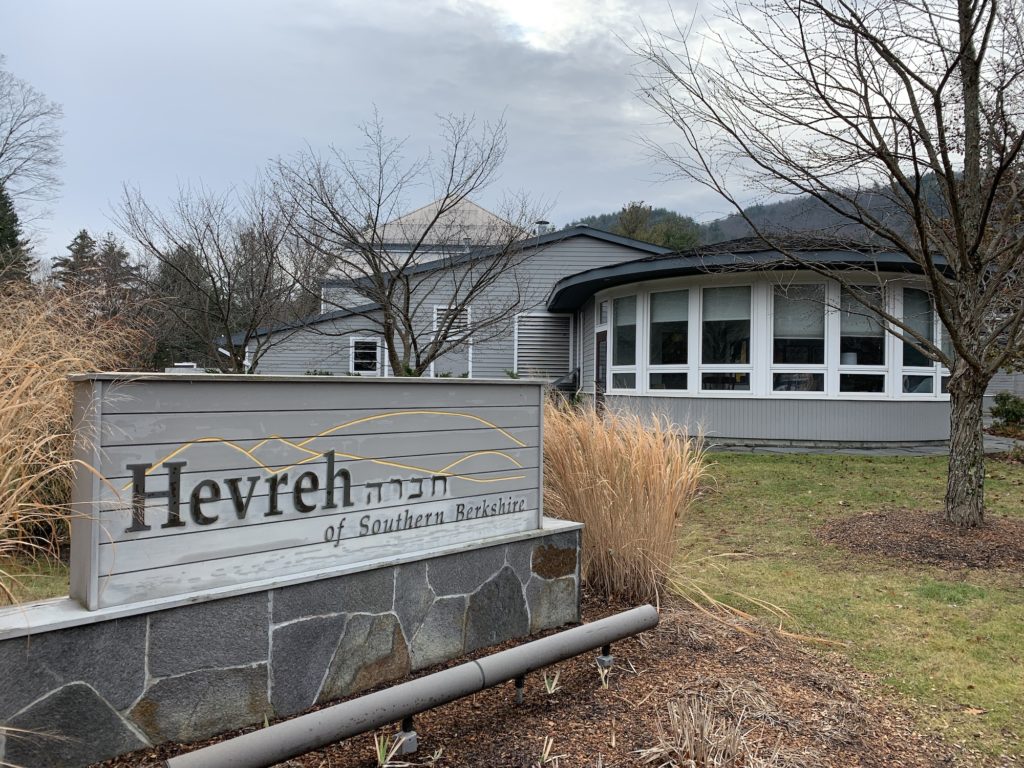 Phil Fogelman is the education director for ADL New England. He introduced A World of Difference to the region in 1998 and it’s steadily grown. There’s now a waiting list, and 17 Berkshire County schools participating this year, he said. “In the last two to three years, the demand has increased dramatically.”

Both Dillon and Doren also see the school’s advisory program as a key vehicle for building on the work of A World of Difference and addressing difficult topics more generally. “Advisory” are small, demographically heterogeneous groups of students that gather twice weekly as low-key relationship-building outlets. At Monument Valley, advisory started out as a way to ease transitions to high school for eighth-graders. Four years ago, the school broadened its use to incorporate restorative practices across three grades. Said Doren, “There are things kids want and need to talk about, and stuff comes up, and advisory is a forum to do that. It celebrates birthdays, builds team spirit and is also a forum to talk about hard things.”

The school has seen a significant shift in demographics since Doren arrived in 2011, with much greater polarization of its economic profile. The proportion of “economically disadvantaged” MVMS students has increased 65 percent in just the past five years, from 20 percent to 33 percent. As one parent in the district has put the situation, “Some kids have parents commuting to Europe, some don’t have food in the fridge.”

Additionally, Dillon said the district is planning “forums focusing on the incident in the older grades, and on hate-speech and acceptance in the younger grades, followed up with advisory lessons to debrief. The students need to see the adults saying that we can do something about hate and promote acceptance.”

But as everyone agrees, any responses must be part of a larger community reckoning with societal problems that our schools reflect but do not create. 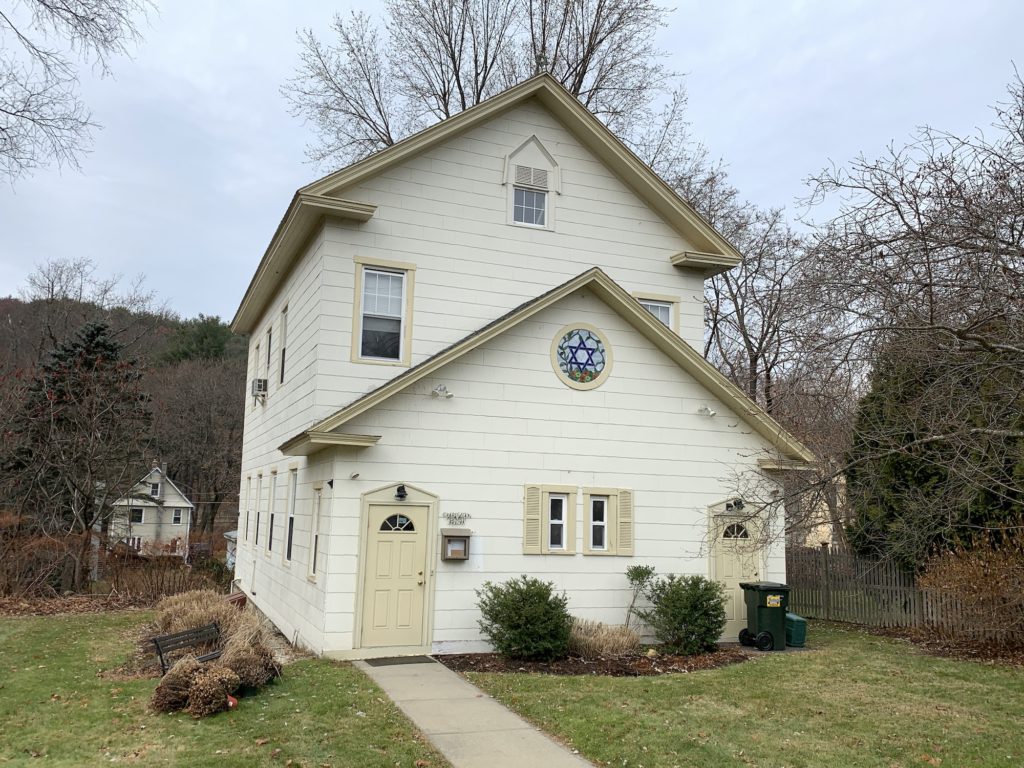 Of prejudice and hate, and anti-Semitism in particular, Doren said, “WE have a problem. All of us. The problem was here four years ago and will be here four years from now. But today we have the chance to do things that will make a difference.” Superintendent Dillon concurred: “It happens about once a year. Sometimes its racism, sometimes it’s against immigrants, sometimes it’s anti-Semitic.” Both Hevreh rabbis agree with Dillon’s once-a-year estimate. Since Rabbi Hirsch arrived in Great Barrington five years ago, he’s been made aware of five anti-Semitic issues, such as swastikas scrawled on the wall. Another local mother, based on her own African-American daughter’s experience at Mount Everett Regional School several years ago, said of what’s happening at Monument Valley, “I can’t say I’m surprised.”

But to Rabbi Gordon, this latest series of events is not comparable to what’s come before. She has been here seven years, and said of the October threat: “This is different. There was a direct threat of violence. This was not just swastika graffiti.”

Fresh in everyone’s minds is the recent spate of horrific shootings sparked by Islamophobia, homophobia, racism and anti-Semitism. In October 2018 a gunman massacred 11 Jewish worshippers at the Tree of Life Synagogue in Pittsburgh. Much of the violence is sparked by online communities of extremists.

A new book, “Anti Social,” by New Yorker staff writer Andrew Marantz, examines the current state of online extremism and how young people are drawn into it. Last year, the Anti-Defamation League released a report called “Quantifying Hate: A Year of Anti-Semitism on Twitter.” Within a one-year period, it found, controlling for the fact that so many tweets are meant ironically, 4.2 anti-Semitic tweets published by 3 million distinct users. (Twitter did delete many of the tweets, and they are a tiny fraction of the billions of tweets published annually.) 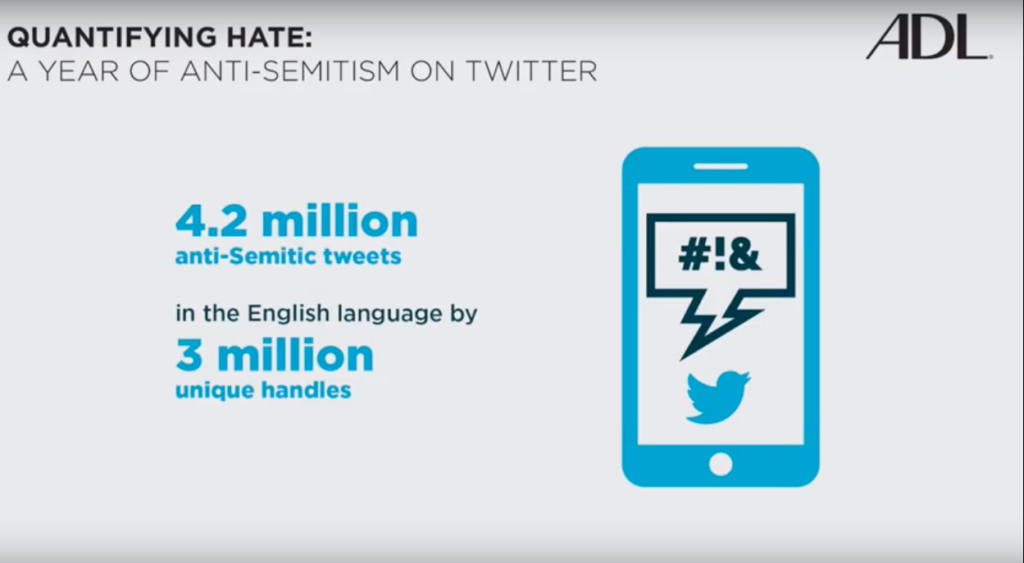 Online where kids like to congregate, it’s just a hop, skip and a jump to find white supremacist content. A young techie who’s become alarmed in recent years about the vile language he’s seen online said: “It [anti-Semitism] is all over the place on YouTube. The algorithm [that selects videos for users] pushes people toward the extreme versions of ideas. It’s really easy to end up with white nationalism, or straight up neo-Nazis. Conspiracy theories are even easier to find. Jews get blamed for everything there.”

Rev. Goodman said the influence of internet culture on today’s youth cannot be overemphasized. “Whereas once family, community and congregational life cultivated people’s character and ideology, now the internet joins in or takes over altogether … children and adolescents can find themselves interacting unawares with dangerous ideologies that are actively preying on them.” Older generations, she worries, do not grasp or appreciate the depth of this influence.

Down here in real life, Jewish parents, both those who attended last week’s meeting and those who couldn’t, are shaken and want action now. When Rabbi Hirsch arrived at Hevreh for religious school on the Sunday following the initial school email sent to parents about the threat, people were lined up waiting at the door. Rabbi Gordon said: “We were in deep relationship triage mode for a while with those more affected. Parents were saying, ‘How can this be?’” From their perspective, the school was not reacting with the alarm that was called for. Hirsch said of the parent meeting, “I found it striking how profoundly impacted and threatened parents felt by this experience and how committed they are to making sure our kids and community are safe.”

Rebecca Honig, a Jewish MVMS parent whose child was not among those directly threatened, is calling for action.

“First of all, I want to stress that we love our schools. This is an urgent opportunity to grow a muscle that the school has not developed. What would allay my fears is if there were concrete steps with dates attached. I want to underline that parents are sending their kids to school knowing a child has threatened to kill them. I have no words for that. Whatever systems the school can put in place to protect these children, I want them to do it now. I also want to know if they need help. Do we need to apply for a grant to get this training? Help research evidence-based programs? We see the long-term effects of hate speech on the way kids learn. We don’t want to look back and wish we did it differently.”

As someone poignantly noted there, today’s parents of eighth-graders were parents of first-graders when Sandy Hook happened. [The date of the Sandy Hook massacre, in which 20 children and six adults were gunned down in school, was Dec. 14, 2012.] “What does it mean to parent your kids when that is one of their primary experiences?” wondered Hirsch.

Rabbi Gordon is concerned that our energy will be drawn elsewhere. “This has to be a reckoning moment. I hope people keep their foot on the pedal.” As she put our challenge, “It’s figuring out the response that helps us work on the problem from its roots and not just pluck out the blade of troubling grass.”