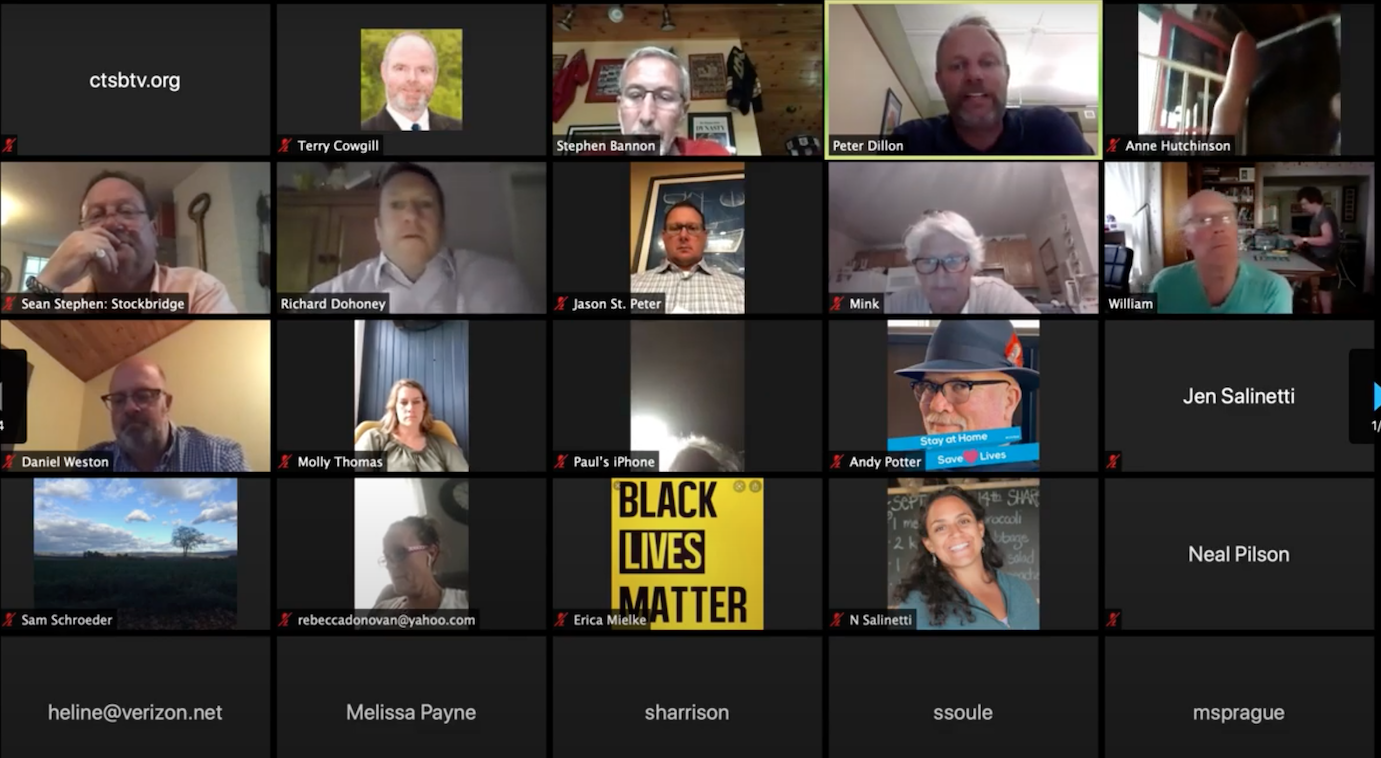 Great Barrington — A potential battle is brewing between two formidable forces over how the Berkshire Hills Regional School District will reopen in September.

At Thursday night’s school committee meeting, Superintendent Peter Dillon presented a draft proposal for reopening the schools, which were closed March 14 when, in the face of the COVID-19 public health crisis, Gov. Charlie Baker issued a series of executive orders that eventually closed the schools for the rest of the academic year. A technology-based distance learning model was instituted at Berkshire Hills in place of an in-person program, as planning began for what form a reopening would take.

Dillon assembled a task force that began looking at three models on July 1: in-person education; distance learning; or some combination of the two. Dillon said Thursday night he is recommending the hybrid approach. A survey seeking input from parents was also sent out.

Click here to see a draft of the task force’s 49-page reopening plan, which the school committee will discuss at its next meeting Thursday, Aug. 6. The updated draft will then be submitted to the school committee Monday, Aug. 10, and, if approved, will be forwarded to state officials. Dillon said the plan was “informed” by a similar reopening plan in Fall River, a city in southeastern Massachusetts.

Click here to see Dillon’s responses, approved unanimously by the school committee Thursday night, to questions about reopening from the state Department of Elementary and Secondary Education.

See Edge video below of the July 30 school committee meeting, attended by about 100 people, via Zoom, an online video conferencing platform. The presentation on the reopening plan begins at 54:15:

The plan calls for staff to return Wednesday, Aug. 26, with students starting school Monday, Sept. 14. The later starting was approved by DESE, which has waived the required 180 days of school the state demands of public school districts.

Before students return, faculty and staff will use the time to work “on professional development related to CANVAS, our new learning management system, distance learning, and safety and protocols in response to COVID-19,” the proposal says.

The plan calls for students and staff to be physically distanced, according to standard protocols, with some combination of alternating days with only half present in the building at any given time. One day per week would be set aside for students to work remotely and for the buildings to be deep cleaned.

Dillon emphasized that the reopening is “based on the advice of medical/scientific experts, state guidance, and ongoing conversations with state leadership, state associations, and labor union leadership.”

But the Berkshire Hills Education Association, which represents the district’s teachers, has other ideas. It wants a “phased-in remote learning plan” to begin the year. Click here to read an undated memo to Dillon and the school committee from 10 members of the local union’s executive board.

The union said it had surveyed its members about the reopening. It found that “The majority of teachers, support staff, related service providers, and paraprofessionals do not feel safe returning.”

“We have taken the position of Remote Learning because both in-person learning, and hybrid learning place us all in a risk category that is worrisome,” the union members wrote. “To be asked to possibly put our health, possibly even lives, and those of our family members, on the line for the sake of reopening warrants serious reconsideration.”

The BHEA memo did not cite a recent statement by its parent organization, the Massachusetts Teachers Association, which represents 160,000 educators across the state and Thursday issued a statement calling for remote learning until “districts and the state … demonstrate that health and safety conditions and negotiated public health benchmarks are met before buildings reopen.”

The MTA said it held a virtual meeting July 29 that drew more than 7,500 members who were asked to discuss and vote at the local level on a motion that had already been passed by the MTA board of directors.

“The statement is meant to guide local members in their deliberations with school district officials about the best way to ensure student success during the COVID-19 pandemic,” the MTA said in a separate statement.

Dillon said he will set three community forums via videoconferences for next week. He also indicated that negotiations with the union will be ongoing.

In other business, the school committee set a public hearing for Thursday, Sept. 3, at 6 p.m. on an initiative to rename Monument Valley Regional Middle School after civil rights leader and Great Barrington native son W.E.B. Du Bois. That hearing will be held remotely or in the parking lot of Monument Mountain Regional High School.

Click here to read the petition and here to see an Edge story on last year’s annual town meeting, in which Great Barrington voters overwhelmingly approved a motion to endorse the renaming of the regional middle school after Du Bois. Similar motions were also approved in Stockbridge and West Stockbridge, the two other towns in the district.