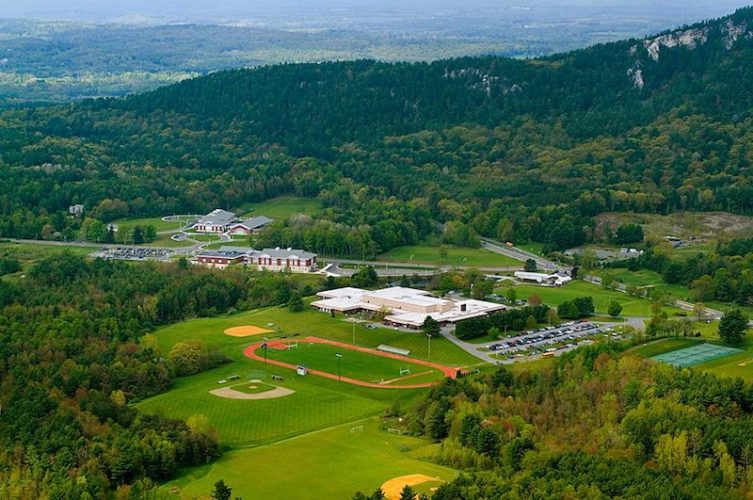 Building on previous grant funding the district received in 2019 through the same source, to further its work in redesigning the high school experience, Berkshire Hills has announced the receipt of a one-year, $300,000 grant from the Boston-based Barr Foundation. Superintendent Peter Dillon and Principal Kristi Farina said this significant new funding is for ongoing work being done at Monument Mountain Regional High School on moving toward proficiency-based learning and assessment, expanding the role of student voices in school decisions, and prioritizing social and emotional learning, among other things. The grant will pay for teacher stipends, professional development, site visits to exemplar programs, software, and expanding partnerships with community organizations and families.

Dillon said the grant will build on equity-focused work being implemented this year among the incoming freshman class. “This year we de-leveled the 9th grade, and this money will help us do similar work in 10th. We’ll use the money this year to support changes for a year from now, in student learning and growth, trying to amplify student voices, creating more challenging opportunities for a wider range of young people, and trying to support parents having a stronger voice in decisions and policy … The specific approach around learning and teaching will be targeted to 10th grade, but most teachers teach multiple grades, so it will spill over to the whole school.”

The mission of the Barr Foundation is “to invest in human, natural, and creative potential, serving as thoughtful stewards and catalysts.” With nearly $2 billion in assets, it funds projects all over New England in the areas of Arts and Creativity, Climate, and Education. Other local projects they are currently funding include the Berkshire Regional Planning Commission and the Arts Build Community initiative at the Berkshire Taconic Community Foundation, which endeavors “to increase community engagement through a key regional asset — the arts and creative sector.”

The high school’s work this school year would not have been possible without a 2019 Mass Ideas grant, also funded through Barr, which aimed to get constituents thinking creatively about school redesign. Back then, Farina identified two big needs to address. “One is around students that are passive and disengaged,” she said in an interview at the time. “Some of them do a better job of going through the motions but are still passive about their education, and some are completely disengaged. The other is around equity, and the fact that we still, after all these years with education reform, have sub-groups for whom we are not making a dent.”

Teachers and administrators visited schools as far away as California to study promising reforms implemented to solve similar problems. Farina said in a recent interview, “We found in the last grant cycle there is a lot we brought back, that has informed our work.” From those experiences, the school has identified four strands of focus, with 50 percent of the funding going toward the first two. Monument’s primary aim and largest ambition is to develop a team-based teaching model to support its shift toward a proficiency-based model of learning, which will eventually replace the traditional time-based model. De-tracking, or de-leveling, wherein students do not sign up for Honors track, or College Prep track courses, is a component of the big picture, proficiency-based move.

The second strand focuses on expanding academic and vocational pathways, with “the idea of ‘proficiency’ being the fundamental skills and knowledge that all student need to be able to demonstrate that they know and can do, and the question being how do we build their capacity to transfer those skills into achieving their goals?” These changes will encourage students to start thinking in terms of learning skills rather than earning grades, and in more intentional ways about their professional and personal goals.

The third strand, the one with the most direct student involvement, covers governance and communication, and is attempting to bring more transparency to how decision making happens at the school, and to involve constituents more in the process. One natural venue through which to develop more student voice is the advisory system. Advisories are non-academic classes in which students can get to know one another informally, and teachers can do mental health check-ins and help advisees access resources if needed. Student representatives from each advisory group can create a student advisory board to the administration, and select students to take part in a governance council. “So,” explained Farina, “when we decide on a new schedule, we have a structure that is defined for constituents to understand who is making the decisions and have people at the table who can bring the information back to their constituent groups and bring ideas to the council.”

Also included in the original Mass Ideas work was a visit to Montpelier, Vermont, and a visit to an organization called Up for Learning, which trained Monument students in facilitation skills and the basics of school transformation. That effort is called Youth and Adults Transforming Schools Together, or YATST, which Monument has since adopted.

Senior Elana Doren has been attending frequent YATST meetings since then, but got involved in conversations about a hypothetical school redesign in her freshman year. She’s interested in creating opportunities for students’ opinions to be weighed. “There are lots of ways in which we could use communication way better,” she said, “and have students be involved in their education and also what goes on on-campus, and the only way to do that now is on student government. But our student government is focused more on activities, and a lot of students want to be involved in decision making, in scheduling, whether you have time for a study hall … it could be a more collaborative effort to make everyone’s lives easier and give ownership around what’s happening around you.”

The biggest obstacle to these big plans, she said, is the inherent problems of attempting to rebuild an airplane as you are flying it. “It’s hard to change the way things are run at the same time as you’re running them. It’s hard to create trust with students. A lot of times students don’t feel it is worth it to give their voice, that it will be heard.”

Traditional student government — each class with its elected president, vice president, treasurer, and secretary — is generally charged with organizing a spirit week or a dance, but not with giving input on how students will spend their time in school. “The truth is,” continued Doren, “student engagement is not the norm for education or schools, and it is hard to change the way things are run in one swoop. It means constant work to keep that going. It won’t be one year and we’re done. There are a lot of schools that are much further than us, but it’s a circle not a line.”

One task the participating teens in YATST have already accomplished is researching various apps that would facilitate better back and forth communication between school and community, and administration and parents. “They took the initiative to meet with Dillon,” said Farina, and proposed the use of an app called Parentsquare, which will sync with PowerSchool, the online system the district uses to communicate with families.

Farina is well aware of the issues the use of this app might begin to address. “We’ve been hearing about communication as a concern for quite some time,” she said. In its assessment of school culture last year, investigators from the Stoke Collaborative also identified communication, as well as the need to bring more diverse voices to the decision-making table. To increase avenues for parent input, Farina is in the process of creating a Parent Advisory Group that will meet twice a month, once after school in person, and once in the evening for a hybrid meeting. (Parents interested in participating should email doreen.hughes@bhrsd.org)

Farina would ultimately like to expand who gets input into the really consequential things, such as writing the School Improvement Plan, which is meant to serve as an organizing document for all the work that gets done in the building well into the future. “I should not write that, it should not just be myself, but our students and parents. Over time I think that will become more meaningful. At the moment it is still top heavy.”

The fourth and last strand of Barr-related work addresses students’ mental health and social and emotional needs, which, in the wake of a year of isolation, is being prioritized. On the 2021 Prevention Needs Assessment Survey (PNAS), 54 percent of South County’s 8th, 10th, and 12th graders reported feeling depressive symptoms, representing a 10-point increase over prior years. (The survey respondents include students from both South Berkshire Regional and Berkshire Hills Regional School districts.)

Over the past few years, Monument has been boosting its network of adult supports in the building. The school now hosts an on-site substance abuse counselor through The Brien Center, and the District recently hired a full-time Wellness Coordinator, Iona Smith, whose work will be “connecting the dots” between community partners, the school nurse, the PNAS survey, and advisory. (The district’s longstanding health educator was initially hired with funds from the 1990’s-era tobacco settlement, and the position of the new District Wellness Coordinator will be funded with Community Impact Funds contributed to the town by the local cannabis dispensaries.)

Through the Barr grant, the school will expand its partnership with the Yale Child Study Center and its RULER program, which is an “approach to social emotional learning [SEL] that teaches emotional intelligence to people of all ages.” Staff will take part in RULER trainings in which they learn how to gauge their mood by selecting adjectives from a simple four-quadrant array. They’ll eventually roll this out the approach in advisory groups. But, said Farina, “This year’s focus is on developing teacher capacity and using SEL tools in our own meetings. For instance, yesterday we started out our professional development half-day with the ‘mood meter.’ If teachers are comfortable with the tools, they are more comfortable teaching them.”

The school redesign notion seems to also contain a certain redefinition of what a successful high school graduate looks like. “For students to be successful academically and outside of high school, it is important to regulate emotions to handle stress, etc.,” Farina said. “When they don’t have those skills, their learning suffers and overall wellness suffers. We want our students graduating as whole people who can manage their feelings and relationships.”