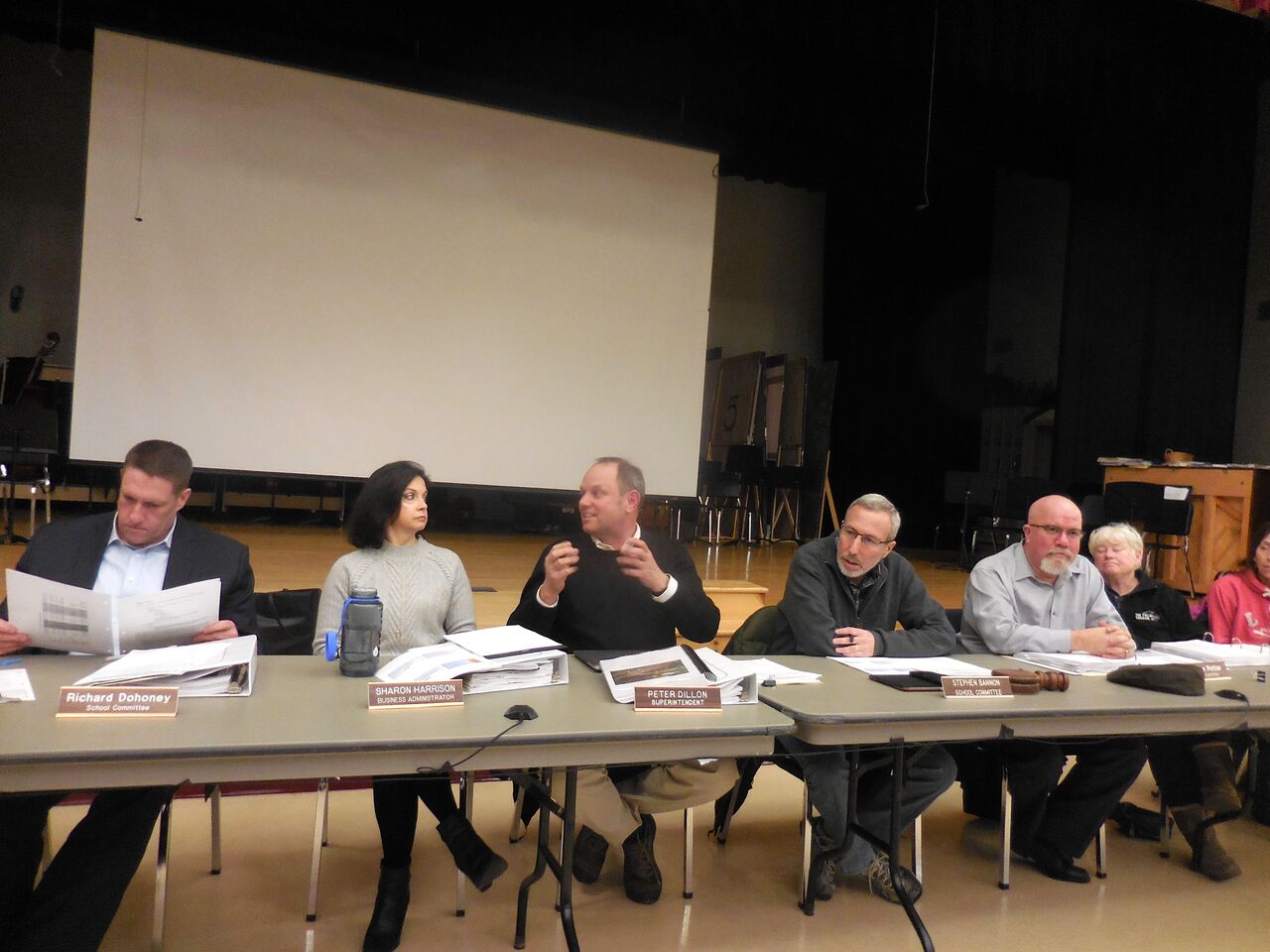 Great Barrington — Unless cuts are made to the regional school district’s proposed budget, Great Barrington taxpayers could be shelling out $1 million more to fund the district next year.

As a result, Berkshire Hills Regional School Committee Chairman Steve Bannon, himself a Great Barrington resident, on Thursday asked the administration to return to the committee’s next meeting with $250,000 in cuts to the spending proposal.

Bannon further explained that, if both the Berkshire Hills and town of Great Barrington budgets were put up to a vote as proposed, the town would be about $28,000 over the tax levy limit imposed by Proposition 2½, a state statute that limits tax levy increases. The town budget proposal is at approximately $11.5 million–a rise of about $500,000–but is still a work in progress. Click here to see a preliminary town proposal.

The only way the town budget could be in compliance with state law is if Great Barrington taxpayers voted specifically to exempt the spending package from Proposition 2½, an occurrence that seems very unlikely given the fiscal climate in the town.

But Bannon quickly added that he would be expressing his reservations about the budget proposal even if he were a resident of one of the two other towns in the district–Stockbridge and West Stockbridge–because “we have a fiduciary responsibility to all three towns.”

“I’m not looking to take this budget apart and ruin education in our district,” Bannon said after Superintendent Peter Dillon, business administrator Sharon Harrison and a handful of audience members gave their takes on the spending plan. But Bannon added that he is not convinced of the worthiness of adding a position, such as a communications specialist, that Dillon had proposed.

The original net combined operating and capital budget proposal, after grants and reimbursements, called for spending of a little more than $28 million, an increase of some 6.37 percent from last year. That spending plan would have increased Great Barrington’s assessment (or share) by a walloping almost 10 percent.

That meant that half a million could be cut from the budget before it was even presented last week. Still, Great Barrington’s assessment will rise a projected 6.7 percent to about $16.4 million, in part because of an increase in the town’s state-mandated minimum local contribution, which determines a minimum each town should pay based on the wealth of the community. This year, Great Barrington’s minimum local contribution was $6.9 million. For fiscal year 2019, it will be almost $7.2 million. That’s a rise of about 5 percent. In 2017, it was only $6.75 million.

That did not sit well with many of those in attendance. Great Barrington Selectman Dan Bailly, a frequent skeptic of school district spending, asked if the school committee had looked into something more fair than the MLC.

Dillon said there isn’t much the district can do about mandates from the state, but a coalition of rural school districts to which Berkshire Hills belongs is lobbying lawmakers on Beacon Hill for more aid. And school committee member Rich Dohoney of Great Barrington said he has heard “rumbling of potential litigation” related to the MLC and “if the appropriate lawsuit came around, I would recommend that we join it because the system’s not fair.”

Bailly added that the town of Great Barrington has six bridges that are in poor condition and require costly repairs. He is worried that high increases in school spending will crowd out spending on those kinds of infrastructure needs.

Bailly questioned why more cuts in spending are not being considered: “From what I know of a business, when revenues are down and your expenses go up, you try to cut your expenses. Has there been any talk … in the school committee to try to bring any of your expenses down?”

Dillon pointed to a new solar power agreement that will reduce the district’s energy costs that was expected to save $70,000 per year. An LED-light upgrade “saved a bunch of money” and Dillon has recommended one of three high school art teacher positions be eliminated in the current budget proposal.

However, earlier in the meeting, the administration had also recommended adding positions including a middle-school paraprofessional and a communications specialist, and increasing the elementary computer teacher to full time.

Great Barrington Finance Committee candidate Michelle Loubert thanked Harrison and Dillon for the clarity of their presentations and for their transparency, which, she said, she would like to see the town of Great Barrington adopt in its own budget deliberations.

The proposed increase, she said, “will be devastating to my family…and it will impact the visioning of a new high school. Great Barrington’s going to take this major hit.”

It was a reference to a panel that is being formed to explore what to do with the aging Monument Mountain Regional High School. This is in the wake of two recent attempts, one in 2013 and another a year later, to spend more than $50 million to rebuild the high school.

Both failed when Great Barrington, by far the largest of the three towns in the district, failed to approve an override to Proposition 2½. Both attempts were marketed as attempts to “Renovate Monument” on the same footprint despite price tags that more resembled a new school.

“I just wanted to give you the heads-up on that,” Loubert said of efforts to rebuild the high school. “That’s what’s being voiced.”

See video below of Loubert’s exchange with the school committee:

Dohoney, who also chairs the district’s finance subcommittee, said he would vote against a budget proposal with $250,000 in cuts but had no objection to asking Dillon to run the numbers anyway. Dohoney suggested the town of Great Barrington also look to find ways to cuts its own budget.

In addition to his request that the administration come back with a proposal containing $250,000 in cuts, Bannon said he would like to see the district spend more of it excess and deficiency funds, which are essentially reserve funds, to keep tax increases down. Dillon’s budget proposal would spend a little more than $450,000 from Excess and Deficiency, or about 35 percent of the E&D balance.

In addition to the MLC, the remainder of the funding is determined by a charge or assessment to member towns for each student the town sends to the regional school district. Berkshire Hills officials say the number of students the town enrolls at Berkshire Hills is expected to rise.

And Great Barrington typically accounts for at least 70 percent of student enrollment in the district. However, next year, the town will contribute 73 percent of the assessment total for the three towns, up a percentage point over this year, with Stockbridge and West Stockbridge chipping in about 13 percent apiece for 2019.

School committee member Dan Weston said he was concerned that next year could be even more challenging when there could be another double-digit increase in health insurance premiums.

“As we move forward, these huge increases are non-sustainable,” Weston said. “It just wears people out. I just worry that we push too far, and that next year will be in a heap of trouble.”

“I just think sometimes it’s a perfect storm,” Bannon said. “If the minimum local contribution had stayed the same, we wouldn’t even be having this discussion.

See video below of former school committee member Rich Bradway asking about the impact of the art teacher cut and the status of the district’s custodial staff: