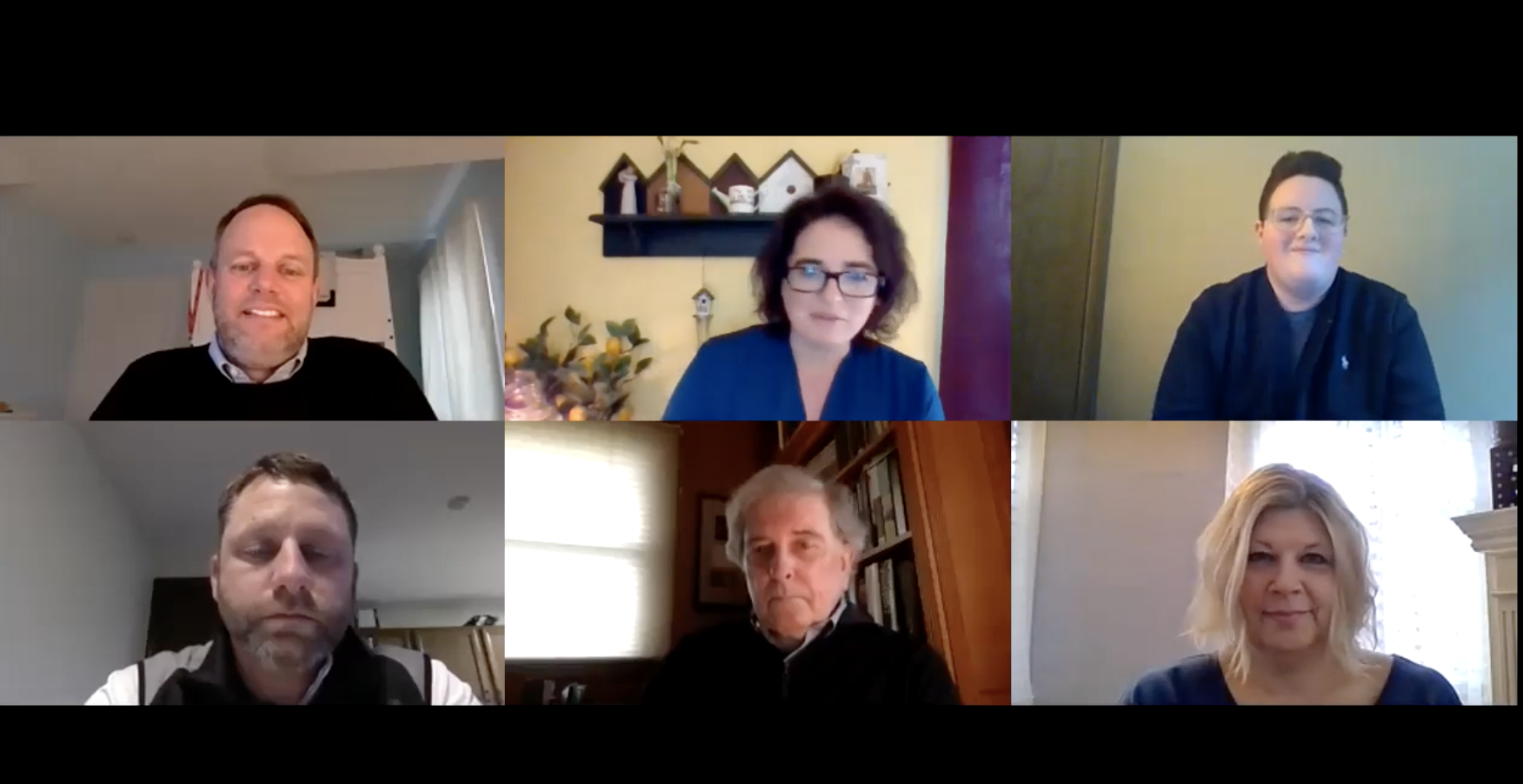 Lee — How are our schools coping during the most serious public health crisis they’ve ever faced? Regular Edge readers will recall our story of a few days ago, “How South County schools are coping during unprecedented times,” which collected the thoughts of South County superintendents on how they have responded to the pandemic.

Now a school committee member in Lee has launched a television show to highlight our schools during this challenging period, and she hopes to continue it even after the crisis recedes.

“I’ve been thinking about this for a long time,” said Andrea Wadsworth, who chairs the Lee School Committee and is an assistant superintendent for business and finance at the Mount Greylock Regional School District in Williamstown. “I’m super geeky about education, so I always thought it would be a great thing to do.”

See video below of the inaugural episode of ‘Berkshire Education Now’ on Community Television for the Southern Berkshires, hosted by Lee School Committee Chairperson Andrea Wadsworth:

Wadsworth had always wanted to do a show but never really felt she had the time or the initiative, given her lengthy list of titles and the plethora of possible topics.

“Then this crisis came up,” Wadsworth said in an Edge interview. “We were prepared for school shootings, fire drills, emergency management. But pandemic wasn’t on our radar.”

Wadsworth approached CTSB. Then she met Quinn Burnell, a junior at Lee Middle and High School, and connected with alumnus Elias Kiederling, who videos the Lee School Committee meetings for CTSB. Both agreed to work on the project. Indeed, Burnell was a guest on the first show, while Kiederling handled the production duties.

In keeping with federal and state guidelines on physical distancing, the show was recorded and produced on Sunday afternoon via Zoom, a video conferencing platform that allowed the host and the participants to participate from the safety and comfort of their own homes.

In addition to Burnell, who offered a student’s perspective, guests for the first episode were the four South County superintendents: Peter Dillon of Berkshire Hills; Michael Richard of Lee; Bill Cameron of Lenox; and Beth Regulbuto of Southern Berkshire.

“It came out better than I ever imagined,” said Wadsworth, who hosted the show and is known for her high energy and staccato delivery.

One issue that has been laid bare during this crisis is that, with the schools closed, teachers and students have resorted to distance learning. The lack of broadband availability for some students has, in some cases, proved to be an obstacle to instruction and learning during this period, a problem Regulbuto addressed in her guest appearance on the show.

But many communities in South County that lack fast internet service still have access to cable television through Charter-Spectrum. “Berkshire Education Now” will be broadcast on Spectrum’s education channel (channel 1302), though the replay schedule had yet to be determined as of Monday. After the schedule is set, replays can also be streamed on CTSB’s website and on its Vimeo channel.

As for the “Berkshire Education Now” schedule, Wadsworth said she would like to produce a show every other week. In the immediate future and given the avalanche of news the pandemic has generated, she might do a show weekly depending on the availability of guests. When conditions warrant, production will move to the CTSB studios in the Quarry Hill Business Park in Lee.

For her next show, she’d like to interview the three college presidents of the Berkshires. Wadsworth noted that they seemed prepared to react quicker than the county’s public schools.

Wadsworth, evidently a person of boundless stamina, also confirmed that she is running for a seat on the Lee Board of Selectmen against incumbent Chairman Tom Wickham.

Watch for the schedule for “Berkshire Education Now” on the CTSB website and the station’s Vimeo feed.