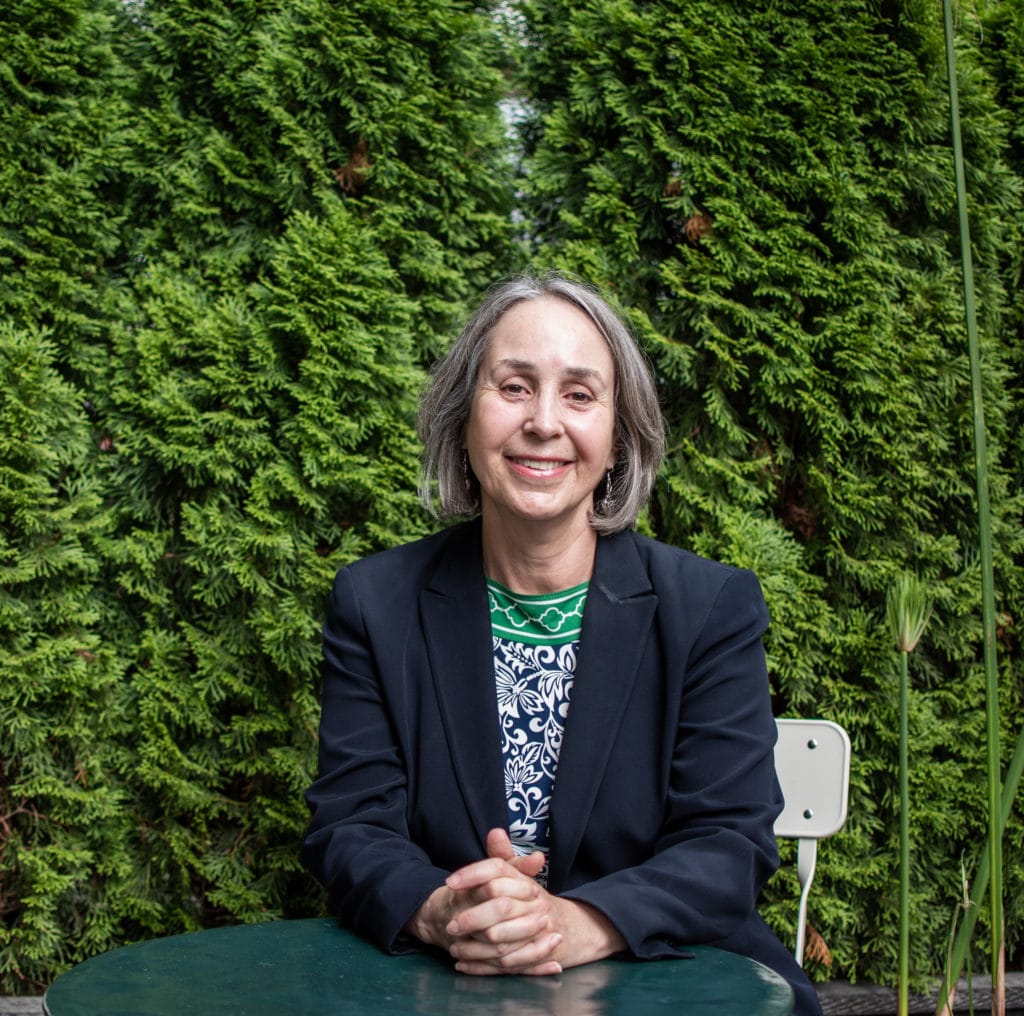 Great Barrington — Suffice it to say crisis brings out the best and the worst in people. “I want to look at the best, although I also see the worst,” Eve Schatz Esq. told me in a recent phone interview. Schatz, the founder and executive director of Berkshire Center for Justice Inc., has made it her life’s work to provide legal support for persons who otherwise would not have access to representation.

“The face of people who need help has changed,” she pointed out, adding, “that [image] changed years ago, and it’s continuing to change.”

Earlier in the month, Schatz was selected as the recipient of the Massachusetts Bar Association’s 2020 Access to Justice Legal Services Award. The award, scheduled to be presented at the MBA annual dinner Wednesday, May 6, in Boston, is an opportunity to honor an outstanding group of attorneys for their generous commitment to pro bono and volunteer work.

“It’s a particular honor to be selected [for this award] during Women’s History Month,” Schatz said, citing BCJ as a woman-run and -founded nonprofit charitable organization — one of only 27 nonprofit direct legal service providers in the country. “I certainly have been aware of prejudice against women, and limitations women have faced, with regard to financing and other things that men have been able to take for granted,” she added.

More than three decades ago, Schatz counted herself among this population. In 1986, when she went to purchase her own home as a single, self-employed woman, the banks would not grant Schatz a mortgage without a cosigner. “[It was] incredibly offensive,” she recalled of that era when Ruth Bader Ginsberg was leading the fight against gender discrimination and successfully argued six landmark cases before the U.S. Supreme Court.

Shortly thereafter, banks started relaxing their requirements and Schatz found a lender willing to work with single, self-employed women. “These privileges are not beyond my sight,” she said, adding “I am very aware that the privileges we enjoy now were hard-fought and hard-won.”

“We are ahead of our time putting together forward-thinking programming to best meet client needs,” said Schatz, in a nod to the fact that 25 percent of her clients fall below federal poverty guidelines. “We always have our finger on the pulse of what’s available and how we can help the most desperate among us,” she explained. “It’s really important that they not be forgotten.” Since the recent COVID-19 outbreak, Schatz has been relying on technology to spread the word. On Monday, she posted to her Facebook page that MassHealth has relaxed some of its regulations so that everyone can maximize their access to health insurance and medical care. “[This kind of information] makes people feel really good, from the feedback I’ve been getting,” she said. Last week, when the Guthrie Center had a one-time boon of top-shelf perishable food available for a scant three hours, she quickly posted that as well. “It’s a challenge to continue offering services, but we are finding ways to remain open and offer free legal clinics without it being in person,” Schatz assured me. Prior to the recent pandemic, BCJ was offering two free legal clinics each week: one at the Guthrie Center and one at the senior center. While those locations are now closed, BCJ is still offering its services by conducting intake over the phone.

It was Schatz’s commitment to affordable, accessible justice that earned her this esteemed, statewide award. Take away the coronavirus, and each of us is just one catastrophe away from needing the services that BCJ offers. “We are here because we know people have options,” Schatz explained. “But if they don’t know they have options, it’s the same as not having any options at all [when making pertinent decisions].” Divorce, illness or the death of a spouse each provide a perfect time to really reassess our stereotypes of who needs help “and our attitudes about them,” Schatz added. BCJ offers some extraordinary services that no one else does, namely providing a space to work out legal dilemmas. For some clients, it’s avoiding defaulting on a summons or hearing; for others, it’s navigating the details of a legal document like a lease or a will. Before BCJ, median- to low-income individuals were faced with obstacles that ran the gamut from being unable to pay the hefty retainers required by most attorneys or being at the mercy of an individual attorney’s willingness to take on pro bono work. BCJ “changes the scene, [and] shifts that dilemma.”

Schatz recently had a client come to her with what the individual thought was a legal agreement, only to learn that it “did not meet the elements of what an enforceable contract is.” Had a lawyer reviewed the document, the client would have had a signed, enforceable agreement, “which would be to the benefit of the party,” Schatz explained. While many people are quick to pull wills and leases off of the internet, it is important to understand that Massachusetts has specific regulations about what needs to be in the document. This brings us to a stark reality: “Even if the law is on your side, if you can’t access representation, you still lose.”

Schatz understands that we all respond to emergencies in our own way. She cites a supportive, helpful and proactive board “without whom BCJ could not have grown to this level that we are at now and continue to grow.” She also commends BCJ’s volunteer office support, past and present, as “[keeping] the heart of our programming ticking.” Overall, BCJ makes a good argument for a generosity economy, a broad term that encompasses multidimensional perspectives of economy in groups of people living together. “BCJ has operated on a generosity economy since we opened in 2006,” said Schatz, who, at the time of the nonprofit’s inception, was receiving no remuneration “but saw a compelling, desperate need to address these issues in the community.” This generosity remains “the core, the basis of our operations,” Schatz added, noting that the programs of BCJ were successfully designed to attract those who need them most.

“This community has been very generous with me, and continues to be generous to the BCJ,” said Schatz, who sees a parallel between that growth in generosity with name recognition. “People can’t support what they don’t know exists,” she said, adding that she and her team have been “very nose to the grindstone, [and] not terribly concerned with becoming a household name, but the time has come [to spread the word].” To learn more about BCJ and its offer of affordable, accessible justice, visit berkshirecenterforjustice.org or call (413) 528-1955.