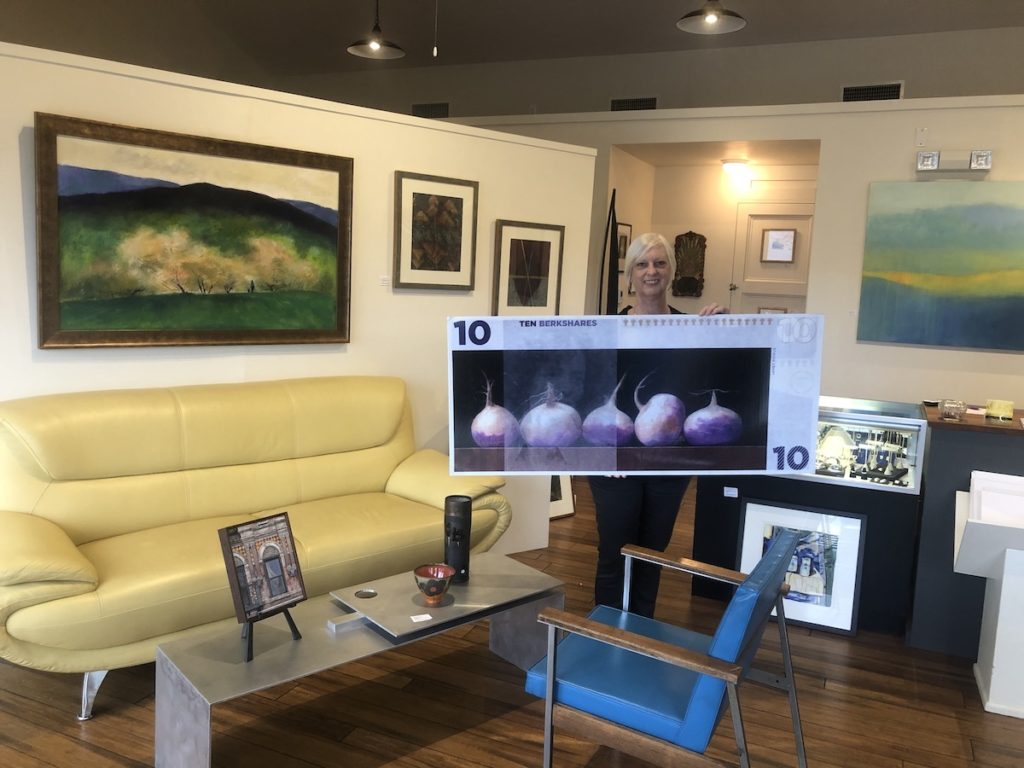 Great Barrington — Purchasing a piece of art is as much an emotional pursuit as an aesthetic one. To first-time art buyers, artist and gallery owner Lauren Clark suggests taking time to develop strong feelings for a piece. And she frowns at using art for speculation, explaining that “you shouldn’t think about how much a piece will be worth in 20 years.” Instead, she says, “Buy it because you love it.”

At her eponymous gallery Lauren Clark Fine Art, she curates a selection of artwork that delights and captivates novice and experienced art enthusiasts alike. The gallery showcases original art by over 40 regional and internationally recognized painters, potters, glass blowers, printmakers, sculptors and jewelers. If you’re not ready to take the plunge to purchase a piece of art, or if you’ve already acquired a beloved print, Clark also offers full-service custom framing services through Framing on the Edge.

Shortly after she moved to the Berkshires in 1989, Lauren joined former business partner Robin Schmitt’s art gallery and incorporated custom framing. Drawn to Housatonic’s vibrant and funky art scene in the 1990s, their Tokonoma Gallery operated out of a fittingly eclectic baby blue storefront along the river on Park Street. In 2006, Clark had the opportunity to transition the business to sole ownership. After 19 years in the building, Clark moved her gallery to Great Barrington in 2013. Her current space is perfect for hosting art shows, workshops and readings.

Clark is driven by the relationships she has formed with her customers. Like many small businesses, gallery curators have a unique bond with their clientele, who share the same sense of style and develop trust in the curator to procure art that speaks to their taste. Clark also loves the ability to represent artists and make their work accessible to the public. Over the years she’s introduced her audience to a number of local artists including Richard Britell, Dan Bellow and Terry Wise.

An artist herself, Clark’s preferred medium is paper marbling, which she teaches each spring through a series of workshops at her gallery. An ancient art form that can be traced back to 12th-century Japan, the practice of paper marbling made its way to Turkey, then Ital, and then to the rest of the world. It is often used for bookbinding, matting frames or as wrapping paper. Seen as more of a traditional art form, Clark has observed its popularity wax and wane over the years, much like antique prints, chin, and furniture.

As a local business owner, she’s seen a similar shift away from tradition in the local economy. While Clark acknowledges her customer base is second homeowners that fuel the growth of our tourist economy, she laments the loss of everyday shops for everyday people in downtown Great Barrington. It’s this commitment to the local economy that inspired her to sign up to accept BerkShares local currency. After all, shopping locally is like buying art: Do it because you love your community!

More by Rachel Moriarty »
« Previous
Next »