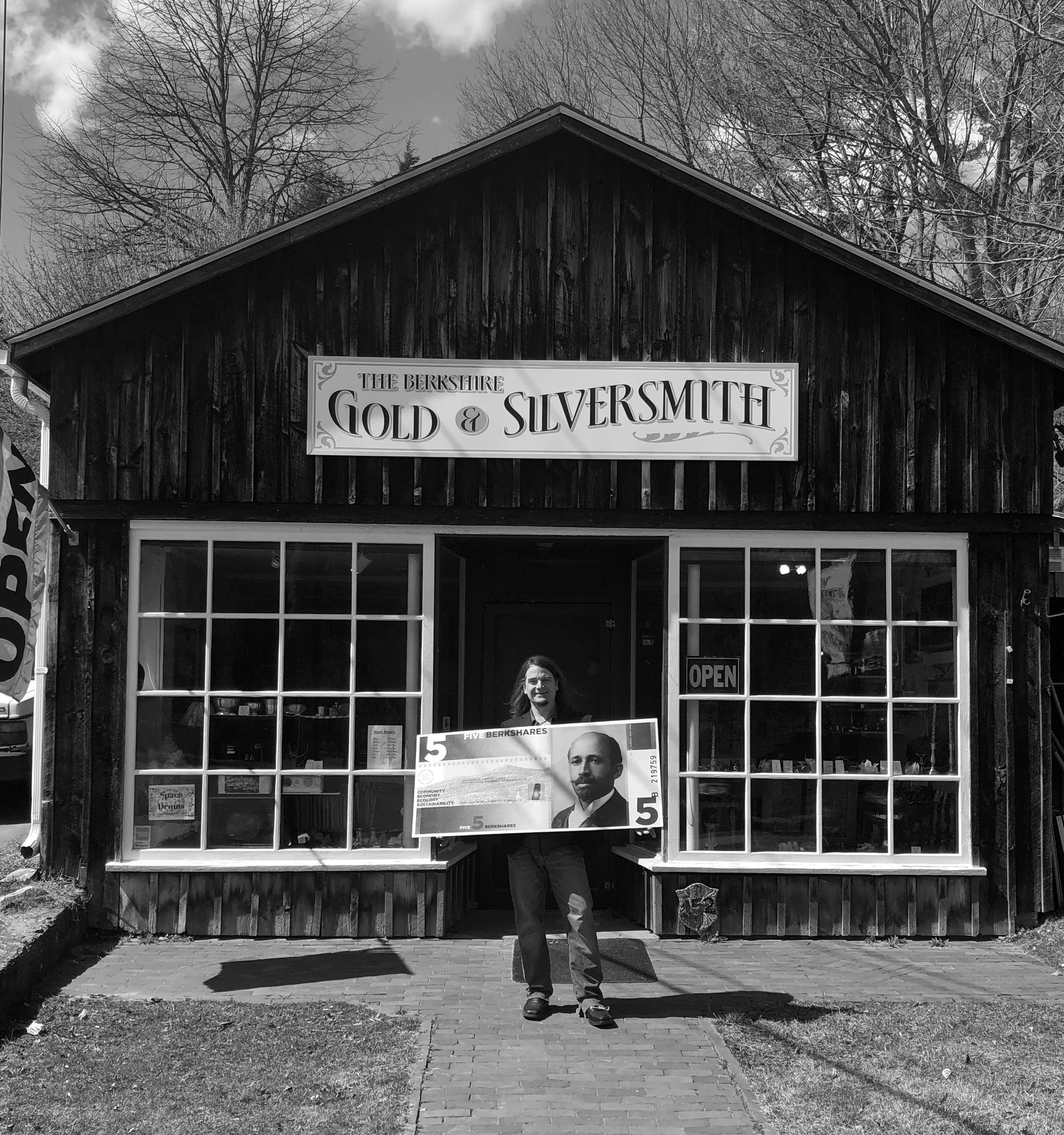 Great Barrington — Growing up with a silversmith for a father, there was always something for Thomas Parker and his brother to tinker with and they were encouraged to develop their skills from a young age. Armed with a torch, some solder and flux, and scraps of raw metal, Tom says the only disclaimer from his Dad was “don’t burn the house down!” In 1995 he became an official apprentice at his father Richard Parker’s Little Silver Shop in Avon, Connecticut, and, in 2007, Tom opened his own shop, the Berkshire Gold & Silversmith, in downtown Great Barrington.

Tom was first introduced to the Berkshires in 1998 when he caught wind of the Berkshire Bateria, the local Brazilian music percussion group. During his years as a music student at the University of Miami, Tom fell in love with Brazilian music and joined the touring group shortly after returning home to Connecticut. As Tom describes it, after an all-night gig one fateful New Year’s Day, he was traveling back home when he saw a “for rent” sign in a picturesque window at 152 Main St. He immediately recognized the potential for the space and knew he had to act upon his vision. After traveling and performing with the group for almost a decade, the silversmith decided to settle in Great Barrington and begin his career as a business owner.

The store’s slogan, “Old World Craftsmanship meets Modern Danish Design,” perfectly captures the essence of Tom’s expertise and artistry. His original designs are characterized by clean, smooth, flowing lines. Simple, ergonomic and durable, Tom says it’s often referred to as modernist. Occasionally you’ll see pieces that have Celtic or Mayan influences, and Tom has been known to incorporate natural elements such as cast seashells. However, Tom’s personality is perhaps best captured in the space drums developed in collaboration with local craftspeople Harry Sano and Leah McLeod: unique melodic and meditative percussion instruments upcycled from propane grill tanks and then tuned and finished with lacquer paint.

When Tom started Berkshire Gold & Silversmith, he received a warm welcome from other local businesses as a newcomer. He sees accepting and recirculating BerkShares as a way of paying it forward and was an early adopter of the local currency. Just as he recognizes his shop as a community hub, Tom says he loves the way that BerkShares are a tool to create community.

He is hopeful for the growth of the trades in the Berkshires, and believes that their future will depend on the transfer of skills and knowledge from a master tradesman to an apprentice. While some trades have formal requirements such as number of practicing hours or vocational training that determine when an apprentice is ready to step out their own, smithing is more nuanced—it’s also about having a feel for the art. Tom says that as long as people are still interested, he’ll always be available as a resource to the community to teach the next generation of gold- and silversmiths.