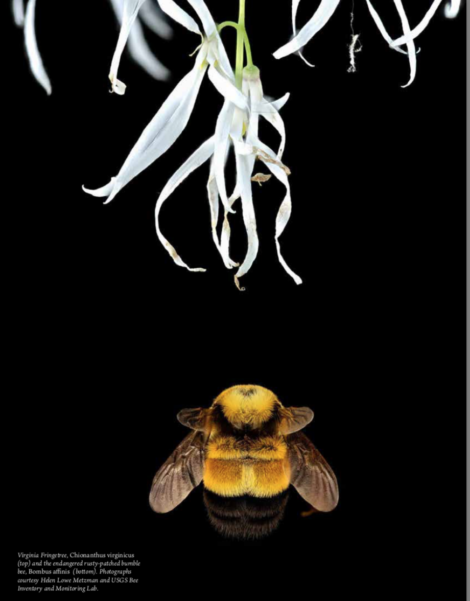 Perhaps most surprising is just how easy, inexpensive, and even time-saving the plan is to implement. Homeowners can have a very real impact on the health of our local pollinators by simply mowing their lawns less often.

Great Barrington — Six months after Great Barrington’s Agricultural Commission completed it Pollinator Action Plan, the town is well on its way to protecting its bee, butterflies, bats and other pollinators whose movement among vegetation is responsible for an astounding one third of the food we eat.

Blueberries, strawberries, cranberries, apples, pears, pumpkins, squash, and dozens of other fruits, vegetables, seeds, and nuts are all dependent on pollination, much of it done by bees, who are the ‘heavy lifters’ when it comes to pollination.

But several factors have caused a radical drop in the number of pollinators in recent years, including disease, pests, and pesticides – most significantly pesticides called neonicotinoids (or “neonics”) which kill all insects indiscriminately. Research has shown that neonics, which are chemically related to nicotine, may also negatively impact human health. The Massachusetts Medical Society has voiced concern over the pesticide’s safety, partly due to studies that show animals reacting negatively to neonic’s use of neurotoxins, mutagens, and endocrine disruptors. A resolution limiting the use of neonic insecticides to licensed applicators is currently being considered by the Statehouse. Connecticut and Maryland have already passed such resolutions. 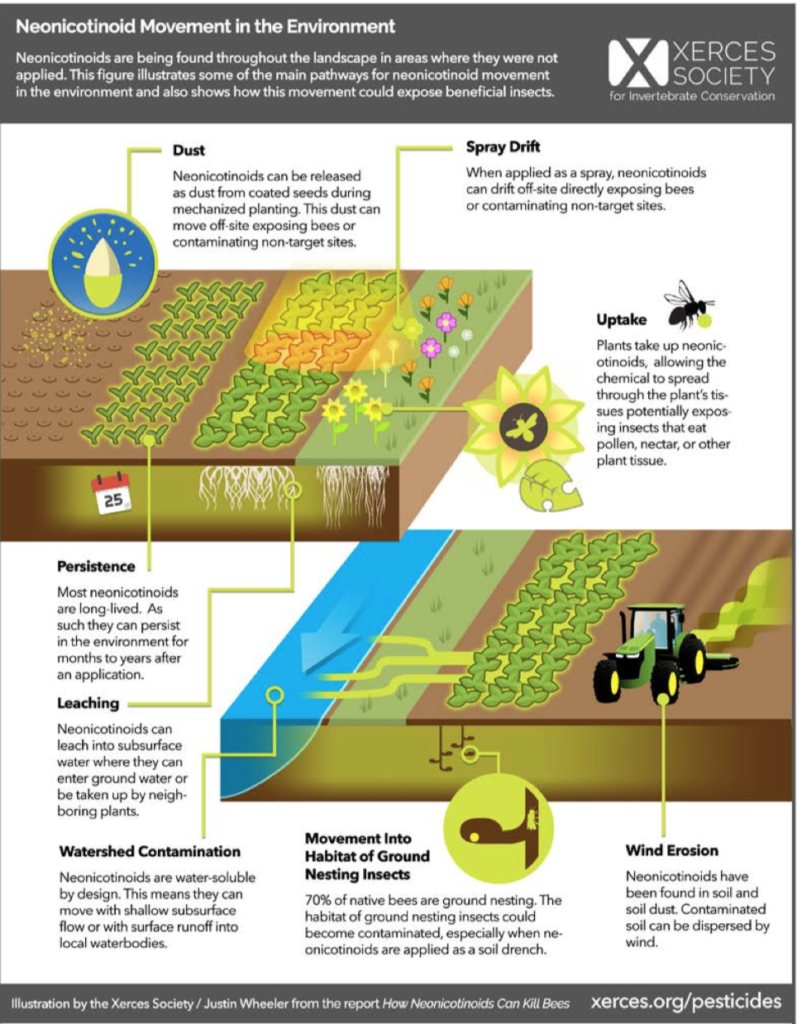 In response to the crisis, the town commissioned the creation of the Pollinator Action Plan, which is meant to be an educational springboard for the local pollinator movement, as well as a educational model to be replicated by other communities.

Perhaps most surprising about the plan is just how easy, inexpensive, and even time-saving it is to implement. A homeowner can have a very real impact on the health of our local pollinators by simply – are you ready? – mowing their lawn less often, planting some clover, and leaving some of their dandelions in peace.

“Not mowing your lawn below three inches means less mowing, less pollution, and it’s better for the grass anyway,” said Vivian Orlowski, chair of the Agricultural Commission and a major force behind the pollinator plan. “And if you have meadows, consider letting them grow. If you want to avoid ticks, mow a wide path through the meadow.”

In 2016, Great Barrington became the first municipality in New England to pass a resolution at its Annual Town Meeting seeking to help pollinators. Egremont, Williamstown, and North Adams followed suit. Friends of the Earth has distributed the plan to more than 200 regional cities and towns. There’s now talk of a countywide pollinator action plan based on Great Barrington’s initiative. Several Pioneer Valley towns are also looking into implementing Great Barrington’s pollinator plan. Not surprisingly, there is particular interest from communities in which agriculture plays a significant role in the local economy. 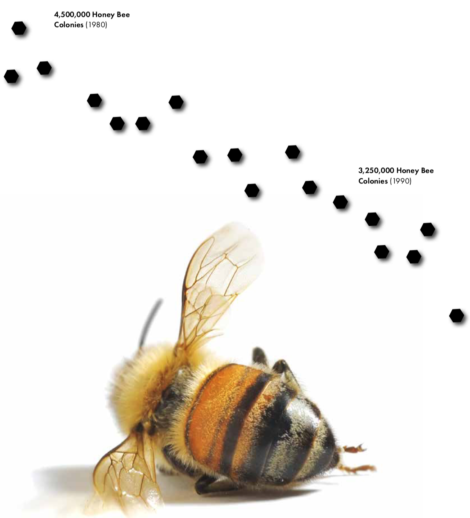 What do pollinators love? Basic, mostly native species of trees, shrubs, perennial plants, and herbs that many of us already have in their yards or nearby: crocuses, dandelions (pollinators love dandelions, hyssop, milkweed (monarchs lovemilkweed), lavender, honeysuckle, witchhazel, chokeberry, sage, thyme, and many more. You can find a list of pollinator-pleasing plants many places on the web, including on p. 79 of the Pollinator Action Plan, as well as here. “You can benefit your kitchen and the bees at the same time,” Orlowski said of the common herbs one can plant for pollinators.

Great Barrington’s Pollinator Plan is a surprisingly accessible and even colorful document, easily accessed on the town’s website. It was put together with help from Northampton’s The Conway School of graduate landscape design.

Step one of implementing the plan is using town property for demonstrative purposes. Once again, implementation is uncannily easy – and cost saving. The town is now mowing its grass slightly less frequently, roadside mowing is limited to a narrower band of a few feet alongside roads, no pesticides are being used, and town construction bids must now include the use of pollinator-friendly native plants.

Additionally, several public buildings, including Mason Library and Town Hall, will implement small pollinator-friendly demonstration gardens. Empty Main Street planters will also be filled with such plants. The idea is to create “pollinator corridors” where bees, butterflies, and pollinating birds and insects, can travel freely to do the job they do naturally. “The purpose of the demonstration gardens is to show people how easy and attractive it can be to help pollinators,” Orlowski said. 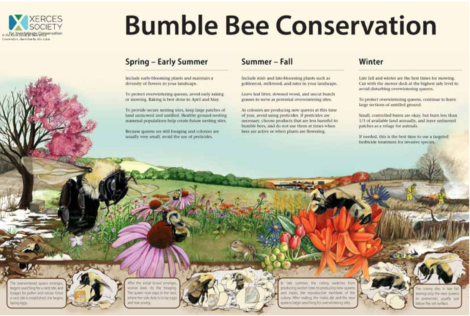 What does a pollinator garden involve? Again, astonishingly easy. Such a garden only requires a few square feet of space and the inclusion of some very basic native plants, including heirloom sunflowers. The Plan calls for involving additional local institutions, such as the Berkshire Hills Regional School District, Simon’s Rock, the Rudolf Steiner School. In addition to planting a demonstration garden, Mason Library has purchased 19 books and three DVDs about pollinators for use by farmers, gardeners, families, and schools. Local organizations and businesses, such as the Great Barrington Land Conservancy, Helia Native Nursery, and River Walk have contributed to the effort with labor and plants. 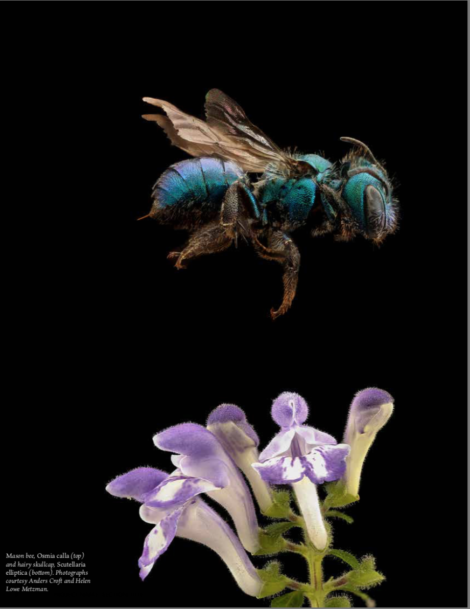 — Derek Parfit
Read next: There’s a chill in the air