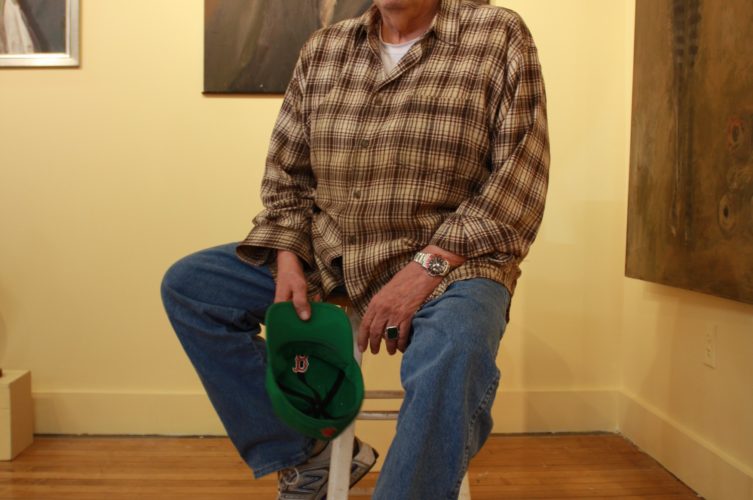 Joby Baker, among his paintings at the Lauren Clark Gallery on Railroad Street in Great Barrington. His exhibit runs through June 8.

“I would like my pictures to look as if a human being had passed between them, like a snail, leaving a trail of the human presence and memory trace of past events, as the snail leaves its slime.”

So said one of the greatest painters of the modern era, an Irishman, Francis Bacon. A man, who spent his entire life painting what he felt and saw and succeeded beyond his wildest dreams to leave his mark burned in the annals of art forever.

Joby Baker isn’t from Ireland; he lives in Southfield. And he didn’t dig out bodies from the blitz in WWII, but he sure as hell can paint with the same conviction. And if anyone has any doubts go take a gander at his current exhibition expertly displayed at the newly located Lauren Clark Gallery on Railroad Street in Great Barrington.

A lot can be written about when it comes to describing art, and most of it makes little sense to anyone including the artist. Duly noted. Upon seeing this exhibition I felt compelled to write something even if I had no clue what that something was going to be.

I managed to catch up with Joby relaxing with Lauren Clark in her gallery. 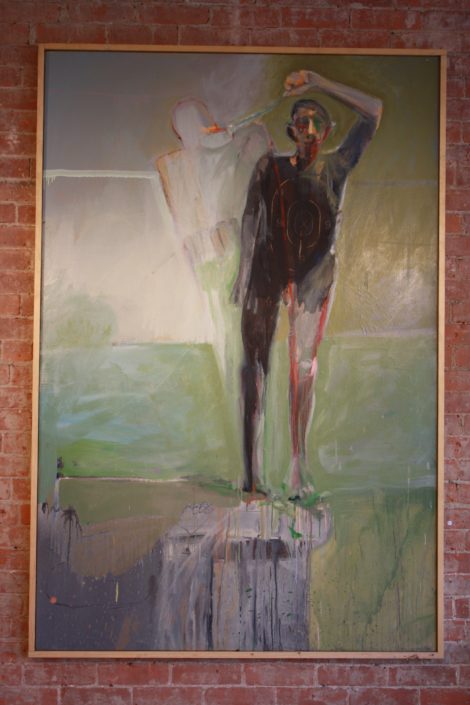 In true form, he had very little to say about his own work. But if anyone had seen the three of us talking they would have thought we were recently reunited lifers spilling the beans on the whereabouts of stashed goods.

“I do love  schmutz on the canvas,” Joby told me, straight off the bat. “It can’t make the painting any worse.”

We laugh as I scribble.

Joby continues, “And I’ll paint with anything on anything if I have to.”

He points to one of the large figurative works.

“I used all house paint… Probably a dollar’s worth of materials all told.”

He knows I am not fooled, and then takes the time to share a little bit about his life as a painter.

“I started out with a group calling themselves the Nueva Presencia (‘new presence’), founded by artists Arnold Belkin and Fancisco Icaza in the early 1960s,” he explains. “As one might expect, they were a radical bunch responding in much the same way as Francis Bacon did to the WWII atrocities.”

So, as it turns out, Joby and I share a belief that the artist has a social responsibility and reject many contemporary trends in art. .

“From there, I was accepted into the Bay Area Figurative painters circle, working primarily with the talented Nathan Oliveria,” he went on.

He lets me absorb the tonnage of his credentials as I take another look at the work spanning the past 25 years of his multi-talented prolific life. It’s easy to forget where I am and dive head first into one of his large canvass, become energized with the brush strokes and scream.

To the side are a set of mono prints with words inscribed underneath them. “Dory wrote those.” He said, “They took her a long time.”

Not knowing who Dory is, I ask. And with heart felt earnestness Joby replies, “You can’t write an article about me without reading about Dory first.”

Joby and Dory Previn, the American lyricist, singer/songwriter and poet, were married in 1984 and lived in Southfield together, I learned. Dory died in 2012. 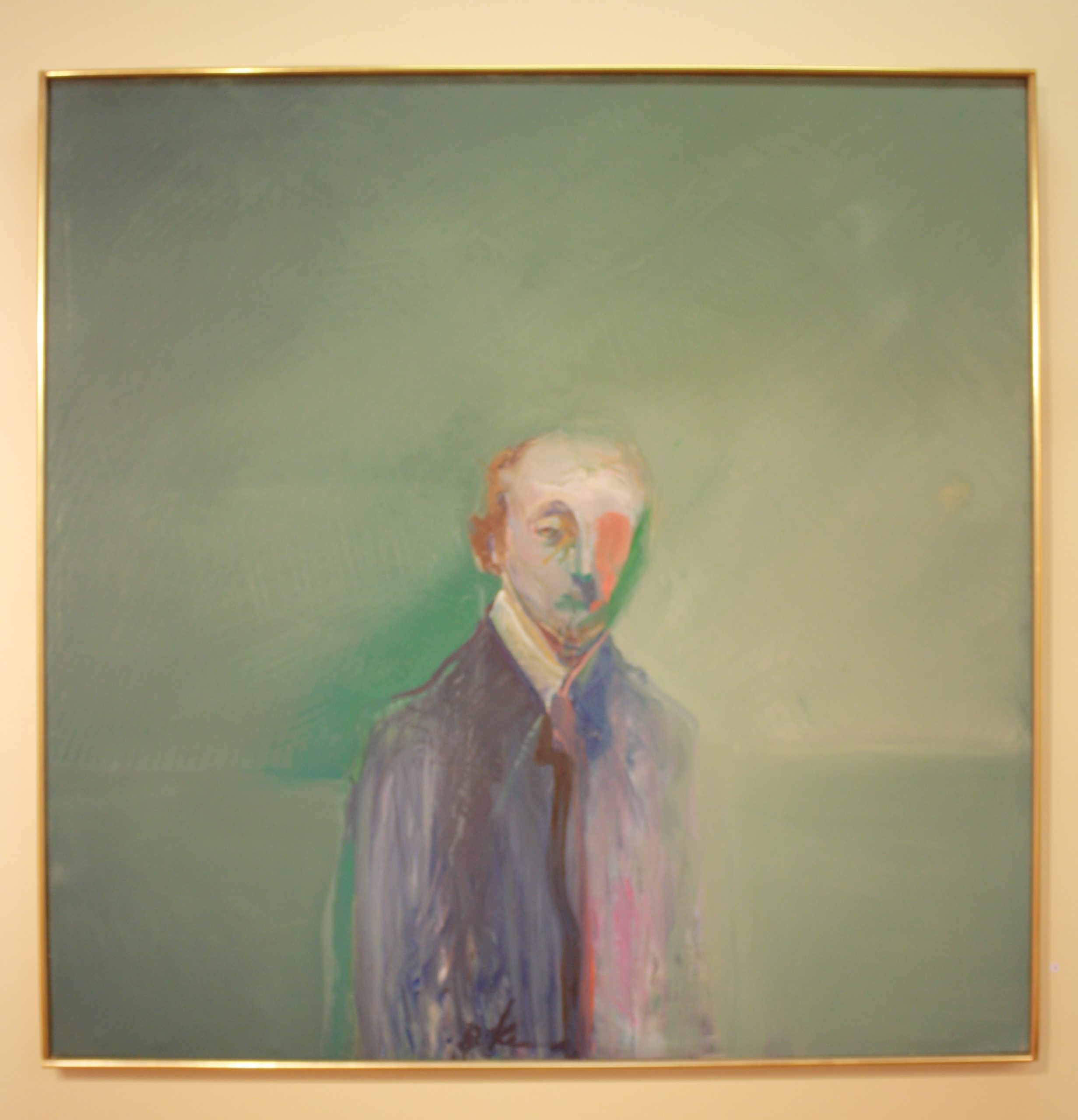 “I also make jewelry. Here’s one of my pieces.” He takes off a ring and hands it to me over the coffee table. My first response is to kiss the stone inlaid in silver. I refrain, say nothing, and try it on. It fits perfectly. For a second or two or three I think about running out of the gallery. The gods would be mad.

“Were you here for the opening?’ Joby asks, “It sure was a fun time.”

‘Briefly,” I say, trying to make out I had other pressing assignments to report on, when truth be told, crowds mixed with alcohol scare the crap out of me.

“Did you hear what Mark Mendell said?” Lauren asks Joby.

I reluctantly return the ring, and make a note to find out who Mark Mendell is. (Later, I do. Mark Mendell is a local stone mason and a prominent art collector.)

“He said, it’s the best show he has seen in the Berkshires in over 25 years!”

What about chickens I ask?