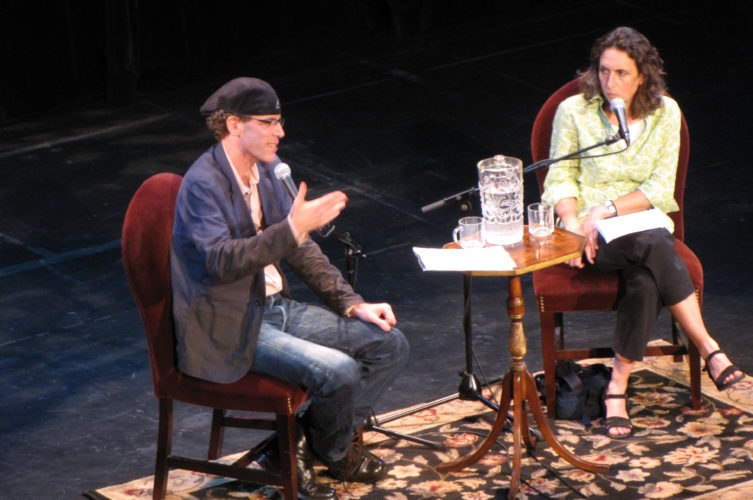 In July The Boston Globe ran an article with the headline: “Berkshires Aspires to be food Mecca.” That’s not news, that’s old hat.

In June 1807, Elkanah Watson purchased 250 acres in Pittsfield. That is significant because Watson is the Father of the County Fair. His first attempt in 1807 was the exhibit of his Merino sheep in the Pittsfield’s town square. It was sufficiently successful as an exhibition that the following year 46 farmers participated in the Fair and Cattle Show of 1810. Watson then formed the Berkshire Agricultural Society which in turn sponsored the first full-blown annual Agricultural Fair beginning in 1811. What has that to do with becoming a food Mecca?

The Agricultural Society explained: We “take the liberty to address you on a momentous subject which in all probability will materially affect the agricultural interest in this country”.

That is, it was the first organization of farmers for the purpose of experimentation and improvement of all things edible — on the hoof, off the stalk, or out of the ground.

Berkshire County started centuries ago to improve farm production, and Berkshire farmers did not stop. At the end of the nineteenth century, Colonel Prentiss, husband of Alta Rockefeller, came to Berkshire from Chicago in search of land to establish an experimental farm. He had ideas he wanted tested about milk and food production. He settled on acreage in Williamstown and developed Model Farm.

Major players in the world of food today such as Chef Dan Barber, whose family owned Blue Hill Farm in Great Barrington and who spoke before a packed house at the Mahaiwe Theatre last week, tell us that regardless of the talent of the chef, the quality of the food is the key ingredient in a successful dish. He has argued — comprehensively and persuasively in his new book ‘The Third Plate‘ — that to become a food Mecca — or more properly, a destination for foodies — high quality food and a short distance from farm to table are essential. We in Berkshire have always had the two. Now what about ambiance?

Barber maintains a good story augments the good taste of the food. There is no dearth of story telling in these Berkshire Hills. The other element of ambiance, according to Barber, is the view out the window.

Seeing the farmland helps make the connection to flavor. Here you can eat in a castle, a train station or a mews and the views will be equally complimentary to the taste and aroma of the food. Our Berkshire restaurants are prized as a lure for tourists. But was this always the case?

Yes, there was a meal to be had in a public house – tavern or coaching inn – as early as the 1730s. Then as now, tourists made the difference. Coaching inns or taverns on a main stagecoach route faired best. For more than two hundred years, the option to dine out has existed in Berkshire, but what did they eat?

Coaching inns offered, “ample bowls overflowed [and a] table groaned beneath its load” provided for “the entertainment of friends and strangers.” Well, OK, but what was in the bowl and what was on the table?

In 1775, one dinner in a tavern consisted of “rosted [roasted] beef, a showlder [shoulder] of pork, chickins [chickens], pyes [peas], pudding and syllabub [cold sweetened cream thickened with gelatin, beaten with wine or fruit juice].

In the bowls was liquor. The most popular was ale; brewed strong enough to last one week without refrigeration. Next most popular was Flip. Flip was most like what today we call “a beer and a bump,” that is, beer with a whiskey chaser. In the eighteenth-century recipe for Flip, however, the whiskey was poured into the beer.

“Warm beer, and sweeten with ginger, nutmeg, and lemon peel. Beat 4 ounces of sugar into four eggs and mix into whiskey, brandy or rum. When beer is warm but not boiling, put beer in one pitcher and rum mixture in another pitcher [and now] pour them together and serve.” (And be sure you have a designated driver).

In the early Berkshire years, most locals ate at home most of the time. Whether they ran a farm, a mill, or a dry goods store, everyone to a certain extent was a farmer. They all had kitchen gardens for vegetables, and poultry, and perhaps a cow. It may seem odd to us, but they considered green corn, green beans and cucumbers great delicacies.

At home or at an inn the following was a popular recipe: “Wash a calf’s head clean and boil, rub with the yolk of an egg, salt and pepper. Strew it with breadcrumbs, grated lemon peel, and parsley. Set over the fire, basting often until it is light brown. When brown, slit the tongue down middle, blanch it and place on a plate; skin the brains and boil with parsley and sage, chop fine and mix with cream and butter. Pour brain mixture over tongue and mix; pour that combination over calf’s head as a sauce. Serve.”

Fast forward one hundred years: The stage coaches were gone and the trains had arrived, but the mathematics of successful restaurants were the same. Those restaurants closest to the rail station, or in the rail station, were the most successful. The connection was so clear to everyone wishing to open a restaurant that a competition between Berkshire towns broke out. It centered on the location of the engine inspection. Along the rail lines, there was a mandatory stop where the engines were inspected and sometimes changed. During the inspection, passengers were required to leave to train. They milled around the station waiting, creating the perfect time for a meal in a depot or nearby restaurant. Every Berkshire town wanted the engine inspection at their station to boost restaurant business.

The Burbank Hotel in Pittsfield was located up the hill from a train station. It offered three meals per day: breakfast 7-9, dinner at 1 p.m. and tea at 6 p.m. The dinner menu on Oct. 27, 1873 included: a soup course (beef broth), a fish course (boiled cod with sauce), a choice of boiled mutton, tongue, ham or corned beef, a choice of roasted sirloin, ham, turkey, or lamb, and entrees. The choice of entrees included baked mutton pie, oysters, macaroni or baked chicken pie. The vegetables were potatoes cooked three different ways or turnips, onions or lima beans. There was also an offering of relish: pickled onions, Spanish olives, or pickled beets, and a choice of Worchester sauce, catsup, French mustard, or Chili sauce. Pastry was offered for dessert: apple, squash, pumpkin, and mince pies; plum and rice puddings, grapes, and coffee or tea.

Thirty-five years later, you had to read French to order a meal in a better restaurant. Translating the offerings for dinner at a Berkshire restaurant, there were: Beef broth, fish with mayonnaise sauce, or sliced raw vegetables; a choice of entrée including chicken pot pie, roast lamb or roast beef; the choice of vegetables was [oddly] apple fritters, boiled or mashed potatoes, stewed tomatoes or green peas. Salad was served last in the European style. No desserts were listed on the menu, but it would not have been unusual to have a pastry cart that rolled between tables offering a sweet course.

For more than 275 years, perhaps excepting the calf’s cranium with tongue and brains in cream sauce, there has been a fine meal to be had in the Berkshires for “friends and strangers.”