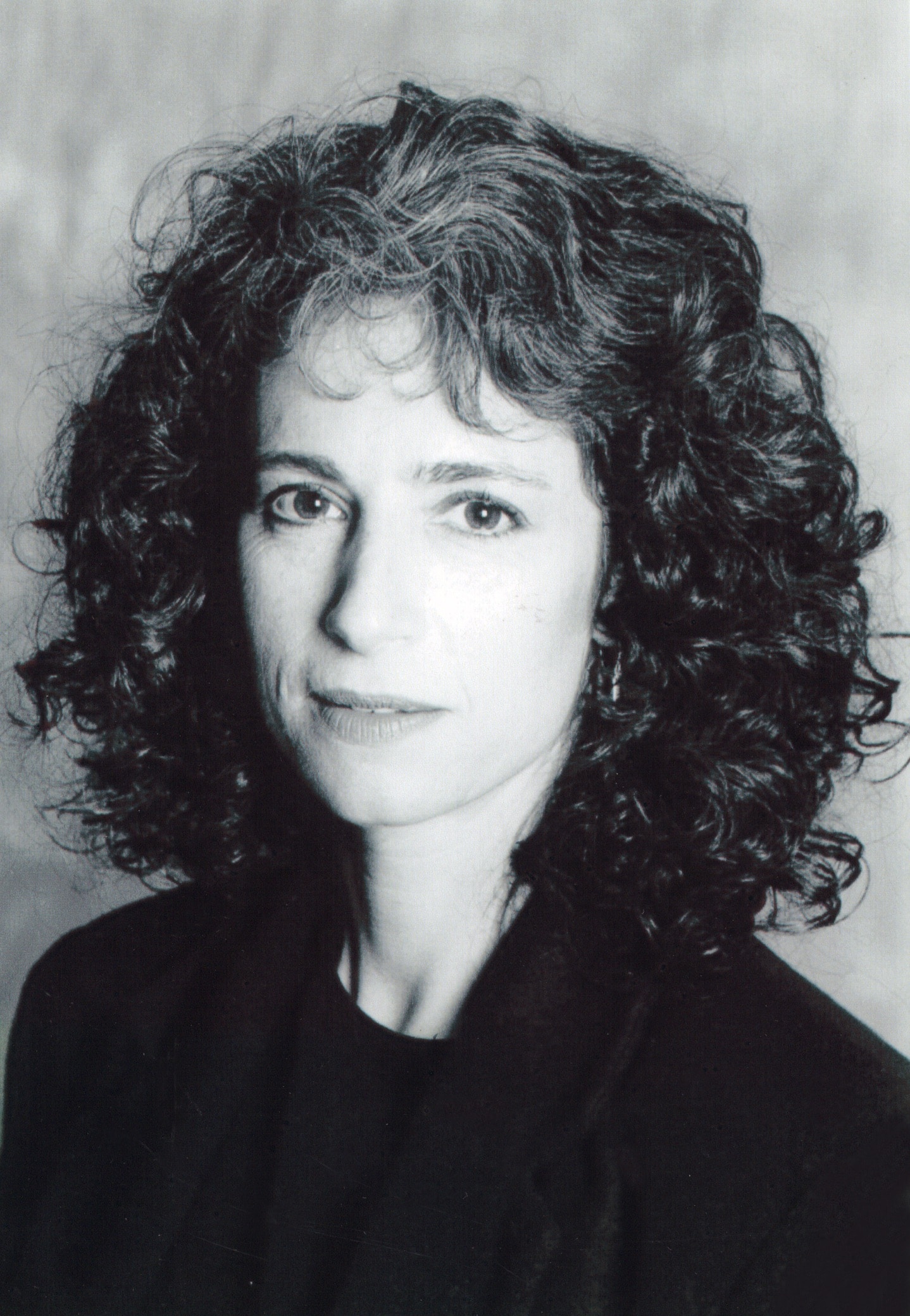 West Stockbridge — When Montana Katz penned her latest novel, the crucible that is October 2020 was but a distant, invisible point on the future horizon: Northern California was not on fire, Greta Thunberg was a stranger, and terms like COVID-19 and social distancing had yet to be uttered; the USPS was being funded, Ruth Bader Ginsburg was alive and Bernie Sanders still had a chance. Suffice it to say the world looked very, very different than it does today. Yet somehow, almost jarringly, the themes in Katz’s novel are right on point, paralleling much of what is unfolding across America today. “Side Effects: A Footloose Journey to the Apocalypse” (Guernica Editions, October 2020) explores, through a fictional family’s trajectory from the 1950s on, how we have arrived at the unfolding current climate catastrophe. In many ways, Katz takes myriad perceptions that one might have — about destruction and creation, suburban life, and ostensibly modern conveniences like baby formula — and turns them on their ear. Perhaps most intriguing is Katz’s proffering of a different iteration of problems that have persisted, and will continue to persist, while inviting closer examination of these issues for those who welcome it.

Hannah Van Sickle: How did your training as a psychoanalyst inform your writing of this book?
Montana Katz: One thing that helped me decide to write the book was really trying to understand both how and why we, as a global population, have arrived at this climate catastrophe situation when the devastation — if we look back, in hindsight — was preventable. I was trying to grapple with the questions about how and why and trying to get into the psyches of all different kinds of populations: elected officials who made really bad decisions for the environment; CEOs of corporations like Monsanto and Exxon, who clearly now, we know, knew for decades the devastation that was being caused by their products; and then every person, even the person next door, and what we’ve all been thinking. In particular, what allowed us to be so ready to buy into the ideology that we could go back to post-World War II, the ideology of the good life being freedom to overconsume, to waste, this me-first ideology that really has led to where we are. Being a psychoanalyst I was trying to get at the underneath: What allows every sort of person to have brought this onto ourselves? We do have answers to how this has happened progressively, over the centuries and particularly over the past 70 years, so the how isn’t that difficult even though it’s a complex question and set of answers, but the why — I think in the end — I just really wanted every reader to think for themselves about the why: their answers.

HVS: The subtitle of your novel pits two seemingly contradictory ideas in front of the reader; were you playing with this dichotomy purposely through your writing?
MK: Absolutely! Because if we go back to the post-World War II era, let’s say the ‘50s and the ‘60s, the ideology in a lot of this country — of course, not for everyone — was endless possibility, the boom years. It was really the inversion of where we are now: There were jobs; people were building homes, building factories, building corporations. The expansion was seemingly endless; the sky was the limit. Out of the post-world war trauma came this exuberant sense of expansion; that’s the footloose part: What people were doing in that era, having kids and building suburban tract homes, was creating this “American Dream”;  but if we look at the underside, even the very small details (like the family who builds a home in Stanford, California), look at what that home is made out of: laminates and lead everywhere, including in hoses; Agent Orange on lawns for kids and dogs to ingest; PFAs on little kids’ PJs and babies clothing; the list is really endless. What I tried to do with that picture is to show what we were constructing in that era of waste, that idea that overconsumption was good. We are now going to have these suburbs in the middle of nowhere, requiring a lot more car driving, a lot more fossil fuels, all these appliances — like electric can openers — just using fossil fuels for nothing. What I tried to show, in these tiny details, is how we constructed the situation we are in now. The piles and piles of garbage … the frozen TV dinners, tater tots and jarred baby food … the mass manufacturing, the mass agricultural expansion, all of that was considered kind of miraculous.

HVS: Your writing has been said to sit at the confluence of fact, history and the unconscious; why did you choose to write this as a piece of fiction?
MK: We are so inundated in the media — being doused daily in environmental disasters — and there are so many really great nonfiction books on the subject. I got the feeling, a couple of years ago when I began this project, that people were becoming a little bit numb to it; that there was so much, and it was really such horrible news, that people were not able to really take it in in a way that was useful, that could turn into “personal action.” That made me think that a fictionalized account, where people could hopefully get into the characters, follow this family around the country from the Midwest to the West Coast to the East Coast, and witness all the ways in which we are affected, pretty much minute to minute, by environmental disasters: in small ways, in big ways, but every day — through the clothes we put on, the homes we live in, the air we breathe that’s full of microplastics. If the reader could have characters to hold onto, I thought it could be more digestible, and prompt people to think.

HVS: The parallels between your book and the world in which we are currently living abound; was that an accident?
MK: I couldn’t have predicted COVID per se, but we already had what was called the first pandemic, which was Lyme disease, when I was writing. And we certainly knew that deforestation was exposing us to more diseases than ever before; there were already wildfires all over the world, and in large parts of the country, heat waves and droughts. So all of that was already happening at pretty serious levels, it’s just so much worse now. In a way, the way the book opens — with the young couple on their honeymoon, motorcycle trek to arriving in the Bay Area of San Francisco and seeing it as Mecca in the 1950s — beautiful, pristine and wild in contrast to what’s happening now with the absolutely devastating fires that are worse than ever before up and down the West Coast, not to mention all of the environmental disasters happening there, like the burning of very highly toxic military installations that were never even put on maps until they were burning. The contrast, especially of the opening chapter — to take where the state of California is, for instance — is really eye opening and shocking. A lot of what happens in the book, which was horrifying when I was writing it, almost looks quaint now in comparison. The time for action has always been now, but now it’s really now.

HVS: Can you speak to the timelessness of the human condition; is what we are living through consistent with the human experience or a deviation?
MK: That is a huge question, but I would say it’s really getting at the core of a lot of questions we have about what makes us human, and there have been different answers over time: Language makes us human, but that doesn’t seem to really be true anymore the more we learn about other animal languages. But the whole question about destructiveness is a raging question, and was in the ‘50s, ‘60s and into the ‘70s: Is destruction or evil innate, or is it something learned? So I have some philosophers and others in the book debating this question a bit, because it was so debated. My mentor, Margaret Brenman-Gibson, was fascinated with the question of human destructivity. I studied with her [when she was researching] how people apply their creativity — and immense creativity, like nuclear scientists at Lawrence Livermore labs whom she interviewed over a period of years — to how and why this is what these people chose to apply their vast intelligence and creativity to, which is destruction of the Earth. Deep, very psychoanalytic interviews with these people were fascinating; what she found was that there were some antecedents in early childhood, but there were huge factors of very strange denial; this thinking that “I’ll survive even if much of the world will not survive” — the immense capacity of humans to rationalize and deny: so powerful.

Montana Katz is a psychoanalyst. She has written two other novels (“Clytemnestra’s Last Days” and “Living Dolls and Other Women”), a play (adapted from “Clytemnestra’s Last Days” by the same name), two books on psychoanalysis, and two award-winning books on gender bias. “Side Effects” is available for purchase at the Bookloft in Great Barrington and the Bookstore in Lenox.