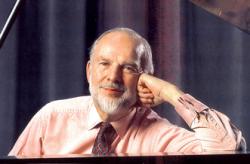 William P. Perry is a composer and producer. Born in Elmira, NY he attended Harvard University and studied music with Paul Hindemith, Walter Piston and Randall Thompson and literature with George Sherburn and Walter Jackson Bate. After a stint in the military, he joined the J. Walter Thompson advertising agency as a composer, script writer and television producer, working with such entertainment icons as Arthur Godfrey, Ed Sullivan and Jackie Gleason. The next career move, somewhat unexpected, took him to the Museum of Modern Art where he became music director and composed and performed more than two hundred scores for the Museum’s silent film collection. His subsequent PBS television series, “The Silent Years” hosted by Orson Welles and Lillian Gish, won an Emmy Award. Perry is often credited with having played a major role in the revival of interest in classic silent films. Continuing his association with PBS, he created and produced the “Anyone for Tennyson?” poetry series and thereafter produced and scored the Peabody-Award winning Mark Twain Series of six feature films for Great Performances. His stage work has included a musical biography of Mark Twain that ran for ten summers in Elmira and Hartford and a Broadway musical version of “Wind in the Willows” starring Nathan Lane. In recent years Perry, a long-time Berkshires resident, has concentrated on a Naxos series of CDs of his orchestral works.

How about a shout-out for Anonymous!

A poet who is often overlooked, Anonymous has never ceased to be busy. 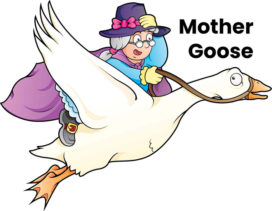 Anyone for Tennyson?: A Christmas Goose…We mean Mother Goose!

Mother Goose is the patroness of nursery poems. She first showed up in 1695 in a fairy tale book published by Charles Perrault in France. She flew the Atlantic in 1786.

The Lowells of Massachusetts . . . They talk to the Cabots, but also to the world

Anyone for Tennyson: The Restoration Wits

More than in any other period, literature in the Restoration was poetry-driven and, given the king's proclivities, playful and sexually wise poetry was welcome at the Court.

No question that poets are “dreamers of dreams,” and poets have directed some of their finest writing to the question of dreams. See some great examples here.

Edna St. Vincent Millay . . . Her candle burned at both ends

Among the great literary figures who have brought distinction to the Berkshires, she was the first woman to win a Pulitzer Prize for poetry and she rivaled Robert Frost as America’s greatest-ever wr

Poems about rivers . . . suitable for streaming

In case "Way down upon the Swanee River" is the only river poem you know, read on. This article is for you!

Oh, I Could Write a Sonnet . . . About Your Easter Bonnet

Mention the word “sonnet” and people tend to get intimidated. It’s some kind of archaic structured verse with fourteen lines, and who needs it? Well, our guide William Perry shows us why we all

There are great poets, and there are great novelists. But it is rare to find writers who inhabit both skills with distinction. This column offers three — Thomas Hardy, Emily Brontë and D.H. Lawrenc

Of our three Glorious Romantics, Shelley is the most complex and in many ways the most interesting.