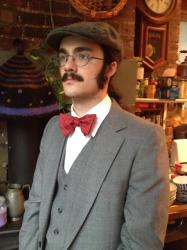 Samuel Lord Kalcheim is a composer of classical music written in historical idioms, most often those of the Classical and early Romantic eras. He does this simply in his desire to create things of beauty, and firm in the conviction that music needs no justification but that beauty itself; that it is, to quote Oscar Wilde, “well written or badly written. That is all.” Samuel began composing by writing Broadway musical songs (more like Kern than Sondheim), and recently finished the score to a new musical with book and lyrics by his father, the playwright Lee Kalcheim. From that art he received an intense love of melody which he carries into his classical compositions. Samuel has also played the violin most of his life and has more recently started learning to conduct. 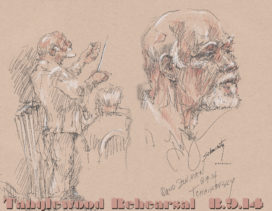 I have always suffered from lack of skill in the management of form. Only persistent labor has at last permitted me to achieve a form that in some degree corresponds to the content. -- Pyotr Ilich Tc