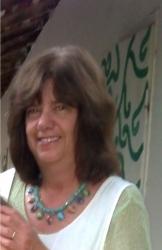 Ronni Monsky has had a varied career but her love of film has been a mainstay throughout her life. She studied human development at Cornell University, received a Master’s in teaching at Columbia University, and got her psychology doctorate from Pace University. Through the years she has been a teacher, PR writer, advertising copywriter, film reviewer and now a psychologist. Traveling has always been significant in her life – circumnavigating the globe on her honeymoon which included trekking in the Himalayas and living on a houseboat in India. She lives in Hillsdale, N.Y., with her husband Stanley, daughter Saskia and her philosopher/dog Xhabbo.

FilmColumbia: Exquisite ‘Portrait of a Lady on Fire’ a complicated yet simple story of doomed lovers

FilmColumbia: 20th anniversary festival a treasure trove of films from all over the world

Wednesday, 23 Oct 2019 - As I perused this years film catalogue for FilmColumbia, I saw some films that could be classified as pure entertainment but others that really will spark controversy and understanding of what is happening in our social/political world.

Thursday, 6 Jun 2019 - This 4-foot-7-inch dynamo with a thick German accent connected with her audience because of her candor and her good intuitive advice.

Friday, 31 May 2019 - Great Barrington — “This will be the best year yet,” Kelley Vickery, founder and artistic director of the Berkshire International Film Festival, stated during her recent chat on WAMC’s “The Roundtable.” “We want to bring a light to independent films from near and far.” Just perusing the catalogue and reading about the different films we can […]

FilmColumbia: Asghar Farhadi’s ‘Everybody Knows’ explores the consequences of secrets past

Saturday, 27 Oct 2018 - In his first film set in Spain, director Asghar Farhadi continues to provoke and examine his usual themes of class and gender struggles.

Thursday, 25 Oct 2018 - Some mention must be made of the awesome cinematography — the magnificent Montana vistas and the smoke coming off the mountains are stunningly captured by the great cinematographer Diego Garcia.

Tuesday, 23 Oct 2018 - Is there a theme this year? Well, no—Biskind is “going for the best films I can get.” And looking at the program this year, he has done just that.

Wednesday, 6 Jun 2018 - The film was complicated but enriched by actually showing the real students,14 years later, after serving prison time for the consequences of their crime.

Tuesday, 29 May 2018 - I am still interested in the documentaries from war-torn areas of our globe and dramas of family strife, but there also needs to be some relief — some comic relief — and I think this festival successfully provides both.

Saturday, 4 Nov 2017 - Humans are often viciously flawed but perhaps they can be redeemed. This treatise on humanity – damaged but capable of changing – won the audience award at the Toronto International Film Festival.

Saturday, 28 Oct 2017 - Divorce’s effect may never have been shown in such a brutal way.

FilmColumbia: “Rumble: The Indians Who Rocked the World”

Wednesday, 25 Oct 2017 - Many indigenous musicians chose to identify themselves as African or Mexican as there was often more prejudice against Native Americans.

Tuesday, 24 Oct 2017 - How have I missed this great festival right in my backyard? Now that I have discovered this festival, I am a huge fan. I suggest my Berkshire friends take notice of this awesome event taking place this week.

FILM REVIEW: ‘Bar Bahar’ (‘In Between’), a courageous film about Israeli-Palestinian relationships

Monday, 5 Jun 2017 - If all our children could get a community around them — how much more would they aspire to and achieve?

Wednesday, 31 May 2017 - These films will open up your world to places and situations that you have never encountered before. That is what is great about this delicious banquet of films and talks with so many different perspectives on life.

Saturday, 4 Jun 2016 - The Berkshire International Film Festival is a feast — 26 documentaries, 26 narrative films and 17 short films. We are definitely “International” this year.

ON FILM: At BIFF, ‘A Year by the Sea,’ a woman’s journey to self-actualization

Thursday, 2 Jun 2016 - “A Year by the Sea’ has several Berkshire connections, among them the lead actress Karen Allen, as well as a key character, Joan Erikson, widow of the renowned psychologist Erik Erikson who worked at the Austen Riggs Center in Stockbridge.

Saturday, 29 Aug 2015 - Please, more movies from Amy Schumer. This was a bold first movie which holds great promise from our favorite comedienne of the moment.

AT THE CINEMA: ‘Love and Mercy’

Wednesday, 24 Jun 2015 - If you weren’t a Beach Boys fan when you walked into this movie, you may have a new appreciation for them when you leave.

Saturday, 6 Jun 2015 - This is what I love about film festivals -- actually learning about the making of the film and backgrounds of the filmmakers.

Monday, 1 Jun 2015 - One of the most anticipated movies of the festival was Peggy Guggenheim: Art Addict. Peggy had a spirited, curious and brave nature. This led her to open galleries in Paris, New York, and London; finally settling in Venice. Her many lovers introduced her to the significant avant garde artists in Europe.

Sunday, 31 May 2015 - The story of "Madina's Dream" is heartbreaking with the subjects of the film trying to survive in refugee camps but being constantly bombarded daily by “the airplanes.” The commander of the rebel army says, “They shoot at us and kill us. We shoot at them and kill them. This is the way.”

Friday, 29 May 2015 - The evening began with a historical review of how Richard Stanley started the Triplex cinema, searching for a "heart space" for Great Barrington. I have always maintained that a movie theatre is key to rejuvenating a community.

Thursday, 28 May 2015 - There is something special about seeing a movie in our community that hasn’t been seen by the general public yet and also meeting the filmmakers and actors involved in the film. Discussing the films, going to Q and A’s, hearing producers and directors discuss the joys and trials of getting their films made are the best parts of this film festival. I love seeing feature films before they have been dissected in the press and my current obsession is documentaries.