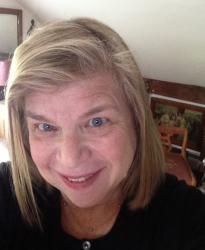 M. E. Mishcon is a writer and psychotherapist in private practice. Her work
has appeared in Boston Magazine, Urthona, The Berkshire Review, The Women’s Times, Sequoia, The Berkshire Eagle, The George Washington Review, Serpentine, to name a few. Her novel ‘Just Between Us’ won first prize forBirmingham Southern University’s ‘Hackney Award.’ She was a former fiction and poetry editor for The Artful Mind.

Thursday, 9 Aug 2018 - Heading into yet another important election cycle, the midterms, it’s vital that we as individuals investigate for ourselves what a candidate’s ‘true colors’ might be based not on promises or expressed rhetoric.

Wednesday, 24 Jan 2018 - It’s time we faced the fact that We the People of these United States are a blended family of stepchildren and adoptees.

Saturday, 16 Dec 2017 - Thanks to those people in Alabama, we have chosen not to dance with the devil just to obtain desired secondary gains.

COMMENTARY: Resisting the temptation to withdraw

Sunday, 19 Feb 2017 - Fake news has become a mantra from the man who employs the practice of inventing information.

Wednesday, 29 Jun 2016 - The reasons for the decision in the British Isles is what troubles me most since it could happen here in the United States. Scratch that. It is happening here.

Sunday, 12 Jun 2016 - “We’re at a point in this country where there’s some kind of small massacre every day, somewhere.” -- Los Angeles City Councilman Paul Koretz

On Politics: The latest monsters

Wednesday, 8 Jun 2016 - Donald Trump already looks and acts very like an animated character drawn by Stan Lee. Bernie Sanders, likewise, seems like something that stepped from the pages of a DC comic.