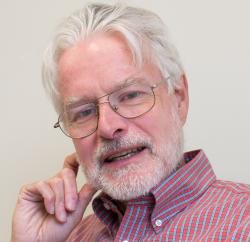 Martin Langeveld is a former publisher of The Berkshire Eagle, the North Adams Transcript and the Brattleboro Reformer, and writes about the media business at his blog, News After Newspapers. The Monday Evening Club, for which this piece was written, has been meeting in the Berkshires since 1869.

Wednesday, 4 Mar 2015 - The young screenwriter let it be known to his Berkshire hosts that he was interested in settling in the Berkshires, and he looked at a number of large estates with a real estate broker. The one that struck his fancy was Wheatleigh, the upscale hostelry. His name was Thilo Rethmann. In fact, however, he was wanted in Germany on 57 counts of fraud, and had fled California after swindling his landlady out of $40,000.