An award-winning Film Director and Director of Photography for nearly four decades, Lear Levin has made feature-length documentaries, short films, TV specials and thousands of memorable commercials. He also worked extensively in lifestyle television. His visual aesthetic contributed to the success of the original Martha Stewart television show. His work is part of the permanent collection at the Museum of Modern Art in New York. Levin’s fine art photography explores classic themes through the use of careful lighting, composition and a deep respect for 19th century painting. His subjects range from the female form to flowers, and his quest for interesting imagery often takes him far beyond his home in West Stockbridge. By finishing his prints in the rarely used method of Three-Color Gum Dichromate, he is able to achieve a textured, hand-made quality that sets his work apart from conventional printing. He also renders his work in the Platinum/Palladium process and in Gum Over Platinum, methods practiced by Pictoralist photographers over a hundred years ago. This technique requires many hours of meticulous attention to detail, vast amounts of experimentation, and much cursing. 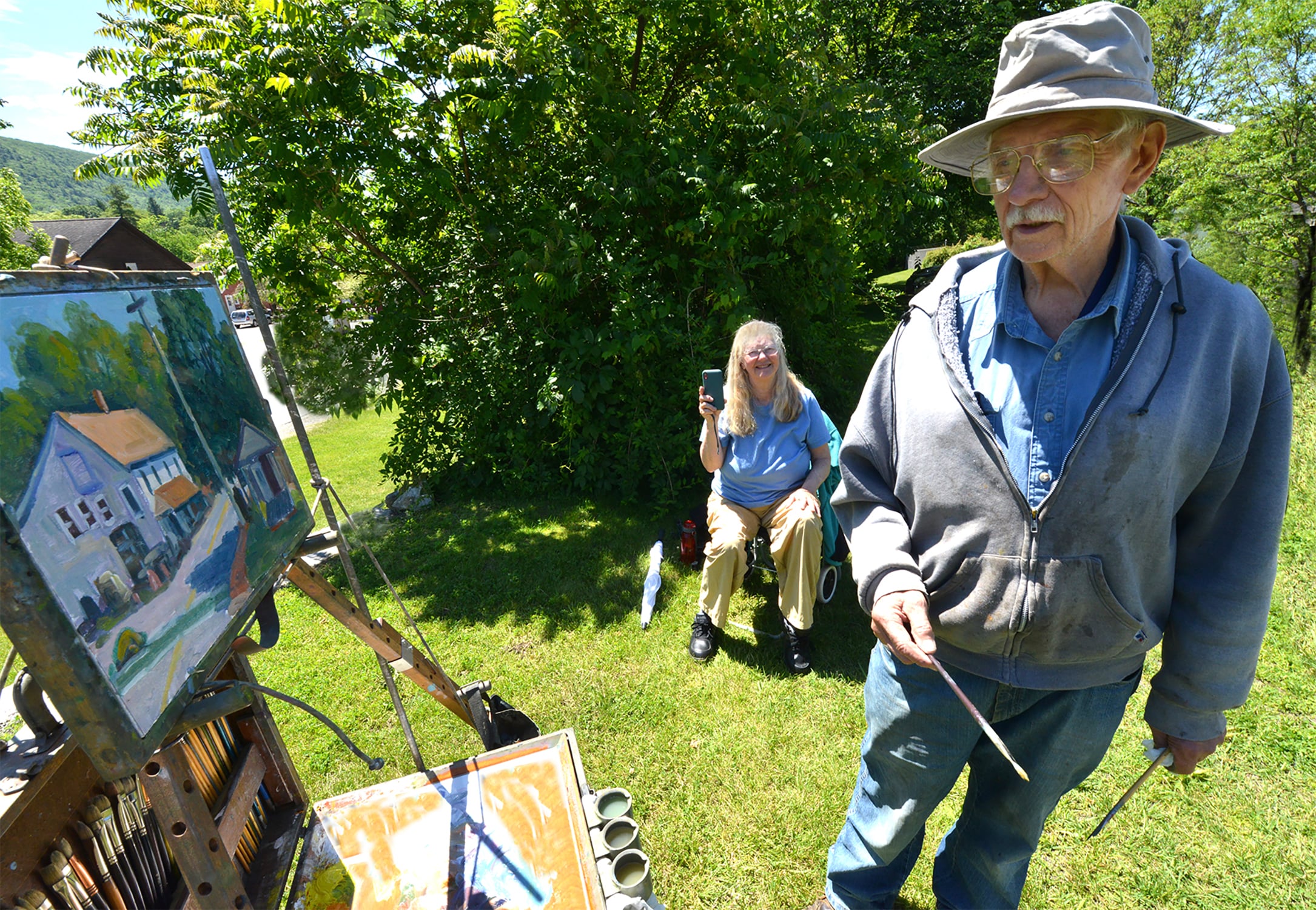 Taking a flyer in the Berkshires

A local artist shares his discovery of a great community resource.