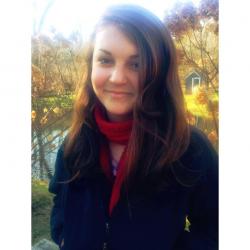 Lily Abrahams has been a Great Barrington resident for most of life. When she is not in her hometown she is in Amherst where she goes to school at the University of Massachusetts in the class of 2019. Lily plans on majoring in History with minors in philosophy and English. Before college she was a student at Monument Mountain Regional High school where she graduated from in 2015. Lily enjoys writing in many forms ranging from poetry to academic essays.

Saturday, 13 Aug 2016 - “Given the pace at which restoration is proceeding, the reopening seems to be months away.” -- Martin's customer Betty Levinson

Friday, 29 Jul 2016 - “The type of curbing was the town’s decision. They chose a MassDOT-standard granite curb… All designs applied on this project are per the town’s hired designer.” --- Judith Riley, MassDOT spokesperson

Tuesday, 12 Jul 2016 - “Now that trees that are dead or dying have been identified, it would be better if they were removed and the tree pits left empty instead of having dead trees there.” -- Robin Helfand, owner of Robin's Candy Shop on Main Street in Great Barrington

Monday, 4 Jul 2016 - “I feel that GE is just one in thousands of corporations that are doing the exact same thing to land and to rivers all across the world. We here have our small part to play in that big fight which is to stand up for our land and our water and the respect for humanity.” --- Pooja Prema, an organizer of the Mega March against PCB dumps

Monday, 20 Jun 2016 - One Seward’s Tire employee said it was not uncommon to see four damaged tires in one day.

Friday, 17 Jun 2016 - Feeding geese low nutrition foods such as corn or white bread can cause joint disfiguration, disease or death.