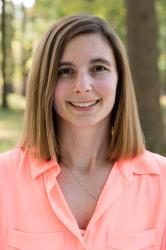 Karrie Allen is a writer at Bard College at Simon’s Rock, the only college in the country offering a liberal arts and sciences BA program specifically designed for students ready to enter college early, after the 10th or 11th grade. Prior to Simon’s Rock, she worked at Columbia-Greene Media for 15 years, six years with the Register-Star in various positions, and nine years as editor of the Chatham Courier.

Tuesday, 6 Mar 2018 - The work of five artists, on display at Bard College at Simon's Rock, honor the memory of James Weldon Johnson, American author, educator, lawyer, diplomat, song writer, civil rights activist who established his reputation as a writer during the Harlem Renaissance in the 1920s.

Friday, 8 Dec 2017 - The fall concert has been extended into a weekend-long festival, showcasing 24 dance pieces in two programs featuring 45 student dancers in performances created by 20 student and two faculty choreographers.

Monday, 20 Nov 2017 - Mathews has been teaching at Simon’s Rock since 2007 and also serves as head of its division of language and literature. His book was named an editor's choice by The New York Times Book Review.

Sunday, 1 Oct 2017 - Rock the Community was established in the 2012 fall semester to celebrate the leadership of Emily Fisher, former chair of the Board of Overseers at Simon’s Rock, for her commitment to the college and organizations in the region.