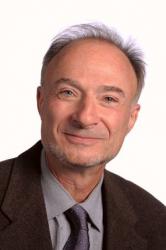 Jeremy Yudkin is Professor of Music and Director of the Center for Beethoven Research at Boston University. He is the founder and host of the Lenox Library Association’s Distinguished Lecture Series, and his pre-concert Tanglewood talks at the Library every weekend are now in their thirty-fifth year. His musical expertise is wide, including both jazz and popular music in addition to classical music. (His re-creation of all the music on the Beatles’ Sgt. Pepper’s Lonely Hearts Club Band took place in 2017 in Lenox on the fiftieth anniversary of the album’s release.) He is the author of nine books and many scholarly articles and is known nationwide as a lecturer on music. Dr. Yudkin’s principal fields of research include medieval music, early Beethoven, popular music, and jazz. He has taught classes on medieval polyphony, the Beatles, Beethoven, Bartók, and Miles Davis, among many others. He has been nominated ten times for Boston University’s highest teaching award and was chosen as the University Lecturer for the university in 2010. Jeremy Yudkin is perhaps best known in the field for his definitive textbook "Music in Medieval Europe" and his highly successful music appreciation textbook Understanding Music, which is used by approximately twenty thousand students across North America every year. The video that he produced, "Inside the Orchestra," detailing the history and function of the classical symphony orchestra, was the winner of a 2005 Telly Award for outstanding non-broadcast educational video. He is also the author of several other books on medieval and Renaissance music and jazz. His book "Miles Davis, Miles Smiles, and the Invention of Post-Bop" (2009) won an Award for Excellence in Historical Sound Research from the Association for Recorded Sound Collections. Professor Yudkin is also Associated Faculty of the Department of African American Studies, Associated Faculty of the Elie Wiesel Center of Jewish Studies, and former chair of the Department of Musicology and Ethnomusicology at Boston University. From 2006 to 2011 he was Visiting Professor of Music at Oxford University, and he has served as Visiting Professor at Harvard University and Professeur Invité at the Ecole Normale Supérieure and the Conservatoire National Supérieur de Musique in Paris, France. Dr. Yudkin received his BA and MA in Classics and Modern Languages from Cambridge University in England and his PhD in Historical Musicology from Stanford University. He is the recipient of a Fellowship from the National Endowment for the Humanities, a Marion and Jasper Whiting Foundation Fellowship, a Class of 1960 Visiting Scholar Appointment at Williams College, a Senior Fellowship at the Boston University Humanities Foundation, and a Research Fellowship from the Camargo Foundation. Professor Yudkin is a contributor to "The Harvard Dictionary of Music"; Musicians and Composers of the Twentieth Century"; and "A Companion to the Modern American Novel, 1900-1950." He is currently engaged in two book projects, one on Beethoven and the other on the Beatles. A book on jazz in the 1950s is also in process He served as an advisor to the Smithsonian Institution for the Smithsonian Collection of Classic Jazz and is a consultant on jazz to the Oxford English Dictionary. He is a Cultural Partner and Distinguished Speaker for the Osher Lifelong Learning Institute. He makes his home in the Berkshires, where he and his family have lived since 1994. 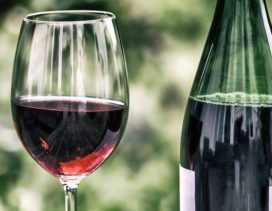 ‘Vineyard Peach and Gravenstein’: Have the wine critics gone too far?

I'm a musicologist, but I've never written a description such as: “This symphony has beginning suggestions of Mistral, the grind of Arctic glaciers and yak burps, moving gradually to cast-iron cloth

Beethoven is the Shakespeare of music. His music is entertaining, but it is also very often a challenge, and it stays with us. We feel its depth and its power. And nowhere is this more true than in