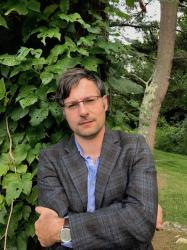 PART III: The complicated, controversial politics of W.E.B. Du Bois and his passion for social justice

Tuesday, 10 Jul 2018 - Certainly Great Barrington can simultaneously recognize his flaws and faults while also finding ways to remember publicly, in a permanent way, his profound contributions to the struggle to push the United States to live up to its founding ideals, particularly regarding the plight of African-Americans.

PART II: The politics of W.E.B. Du Bois – a commitment to equality and racial justice

Monday, 9 Jul 2018 - Du Bois not only accepted and advocated the principles of human equality and natural rights embodied in America’s Declaration of Independence. He actually sought to apply them worldwide.

PART I: W.E.B. Du Bois and his politics: A complicated and controversial legacy

Sunday, 8 Jul 2018 - Undoubtedly the greatest African-American intellectual in U.S. history and an activist who pioneered the modern civil rights movement and worked tirelessly for African peoples’ freedom throughout the world, Du Bois is long overdue for public recognition in Great Barrington and the nation. Yet like Banquo’s ghost, the controversy surrounding Du Bois — and particularly his political ideology and affiliation at the end of his life — will not go down.