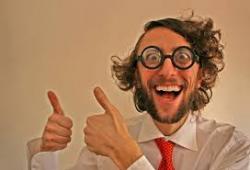 Digby is the nomme de plum of a long-time Great Barrington resident who is under psychiatric care.

DIGBY: Should Shake & Co. get hitched?

Digby: Out out, brief candle!

Sunday, 15 Mar 2015 - "Out, out, brief candle! Life's but a walking shadow, a poor player That struts and frets his hour upon the stage And then is heard no more. -- Macbeth

Sunday, 8 Mar 2015 - Digby comments on the "political" behavior behind the budgeting process at Berkshire Hills Regional School District when it proposed cutting programs from next year's school budget. "Political" means one thing one week, another thing the next.

Sunday, 1 Mar 2015 - On longing for the days when the 106-room "Berkshire Cottage," now known as Elm Court, was occupied by one family, the Vanderbilt-Sloanes, for one month each year.

Monday, 23 Feb 2015 - “The arguments made in the affirmative were that the project [Elm Court Resort] could create jobs and save an architectural gem. However, jobs in the Berkshire hospitality industry are most often lower-paid and seasonal.” — Carole Owens, in The Berkshire Edge

Another problem of school consolidation solved

Another day at Guido’s