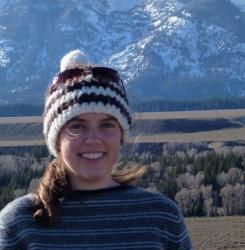 Dana is currently completing a Master’s degree in Environmental Law & Policy with a certificate in Climate Law from Vermont Law School. Prior to attending VLS she worked as a reporter at several weekly newspapers and as a freelance environmental journalist. She has also interned at the Worldwatch Institute, Center for EcoTechnology, EcoLogic Development Fund, OurEarth.org, and YES! Magazine. A Berkshire native, Dana graduated from Mt. Holyoke College in 2012 with a Bachelor’s in Environmental Studies and has been engaged in climate activism in the Bay State both during and after college.

Wednesday, 12 Dec 2018 - Sen. Michael J. Barrett, D-Lexington, opened the hearing by remarking on the lack of transparency in the natural gas utility industry compared to other infrastructure industries the legislature has dealt with.

Monday, 19 Nov 2018 - Emerging social justice movements represent a collective response to compounding crises. The challenge is bringing all of these movements together and maintaining unity among diverse groups working on what are seen as separate issues.

Wednesday, 3 Oct 2018 - When asked about one of the biggest, and longest running, environmental issues in the Berkshires—cleaning up the Housatonic River from PCB pollution dumped decades ago by General Electric—Gonzalez said he agrees with local communities and the EPA that the toxins should be “safely disposed offsite.”

Monday, 16 Apr 2018 - "Much of my optimism comes from you folks in the front few rows, high school students who are now speaking out and demanding that those in positions of authority act on our behalf and not the special interests that may be funding their campaigns.” -- Climate scientist Dr. Michael Mann

Tuesday, 6 Mar 2018 - The goal is for the state to make a commitment to achieve 100 percent renewable energy economy-wide by 2050.

Saturday, 16 Dec 2017 - “Anything that can be done to help reduce heating costs for low-income people, and all of us, is really important.” -- Town Manager Jennifer Tabakin

Tuesday, 5 Dec 2017 - Steingraber said she cannot protect her children from harm or plan for their future without taking climate action. For her, engaging in climate activism is of the same importance as other safety precautions like vaccinations or paying attention to car seat recalls.

Ecologist Sandra Steingraber to speak on fracked gas, PCBs, and our health Saturday in Lenox

Tuesday, 28 Nov 2017 - Ecologist Sandra Steingraber is scholar-in-residence at Ithaca College, and author of Living Downstream: An Ecologist’s Personal Investigation of Cancer and the Environment.

Friday, 24 Nov 2017 - According to this lawsuit, the utilities’ “abusive” behavior constitutes the largest energy market manipulation scheme since the Enron scandal.

Tuesday, 14 Nov 2017 - “We have a shot at stopping some pretty extreme behavior at the end of the cannibal or the 'wendigo' economy. And that is, in my estimation, a great spiritual opportunity for us all.” -- Winona LaDuke

Friday, 15 Sep 2017 - “Through our presence, we will bear witness to the beauty of Spectacle Pond, protest its despoilment, and resist the fossil fuel industry’s continued degradation of our precious collective resources for private profit.” -- Sugar Shack Alliance

Monday, 4 Sep 2017 - An Inconvenient Sequel: Truth to Power is currently playing at Images Cinema in Williamstown. See www.imagescinema.org for show times. On Thursday, Sept. 7, Elizabeth Kolbert, author of “The Sixth Extinction,” will speak between the two showings of the film. Sponsored by the Williams College Center for Environmental Studies.

Thursday, 3 Aug 2017 - “During a time in which our regional economy is struggling to recover from decades of dramatic economic transition, this overall rate proposal is an unacceptable burden.” --- Jonathan Butler, president of 1Berkshire

Friday, 28 Apr 2017 - As a native Bay Stater and a young person, I would love to see my home state take a bold step towards addressing the climate crisis by passing a carbon tax.

Wednesday, 22 Jul 2015 - A proposed community solar project in Williamstown that is estimated to save the town $2 million over 20 years is at risk of being stalled due to the net metering caps

Thursday, 23 Apr 2015 - “In the face of the climate crisis Harvard is profiting from the same companies that are actively undermining the scientific knowledge being generated from within the Harvard community.” -- Kelsey Wirth, co-founder of the group Mothers Out Front

Monday, 13 Apr 2015 - “I think one of the challenges with climate change is that it is abstract. But when we do things like spend twelve days seeing where a pipeline is proposed to go, we make that a bit more real and we bring others with us to see that, making the abstract a little more concrete.”  -- Jay O’Hara, one of the walk organizers

Saturday, 14 Mar 2015 - “I’m here today because I cannot look my daughter in the eye if I have not tried to protect her future while our leaders on every level fail to act on climate change. We must not let [our leaders] act for the short-term gain of a few.” -- Anne Goodwin, of Mothers Out Front

Sunday, 1 Mar 2015 - “I think you owe it to us, you owe it to Generation Y, Generation Z, whatever, Generation Omega, you owe it to all the young generations to divest from fossil fuels. You started it, and now you’ve got to help us, because you know what, I want to live to see 50.” -- Nathan Tran-Trinh, a student at Boston Latin School.

Monday, 16 Feb 2015 - "I’m on our Conservation Commission and we all feel strongly that this is going to have a really negative impact on a wonderful little community where people are there because they value the treasures we have here from an environmental point of view." -- Judy Williams of Plainfield, attending the Kinder Morgan open house at Berkshire Community College

Wednesday, 4 Feb 2015 - Ultimately, as several speakers explained, the path to advancing this clean energy economy is being blocked by the tremendous wealth and power that the fossil fuel industry exerts over the nation's political and regulatory system. A study by the Political Economy Research Institute at UMASS-Amherst, on the other hand, that found that rapidly transitioning to a renewable energy economy could create over 2 million net new jobs.

Monday, 12 Jan 2015 - "I can confidently say that the pace of renewable energy technology adoption is increasing, and the very certain progress in electricity storage will allow residential and utility scale solar to offset demand for those peak winter hours in the years 2020-2030 that this study says can be fulfilled by new pipeline capacity." -- Berkshire Photovoltaic Services’ Christopher Kilfoyle

Saturday, 13 Dec 2014 - Clean energy is the fastest growing part of the Massachusetts economy, providing 88,000 jobs thus far. If the low estimate cost of the pipeline were directed towards investment in clean energy, it could generate approximately 24,000 permanent jobs. -- Rosemary Wessel, of No Fracked Gas in Mass

The path of pipeline resistance: Activists convene in Fitchburg

Wednesday, 19 Nov 2014 - Hundreds of concerned citizens from across the state converged in Fitchburg to plan next steps for stopping the Kinder Morgan gas pipeline and advancing clean energy goals.

Tuesday, 21 Oct 2014 - Our present reality is not just that we are on the fast track to climate catastrophe. It is also that we now have an economic and political system that isn’t working too well for most people.