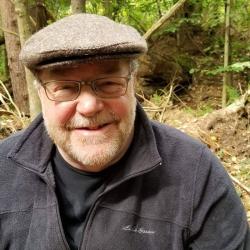 Bob Luhmann has worked in the food industry my entire adult life. He began in 1970 by working at various restaurants and hotels on Cape Cod, in Boston and Vermont until 1978 when his family bought the Captain Linnell House restaurant in Orleans on Cape Cod, where he was executive chef until 1988. While at the Captain Linnell House, the United States’ interest in food exploded and Luhmann became an early proponent of the New American Cuisine. During that time, the restaurant was awarded highest ratings in reviews from a number of publications including the Boston Herald and the Boston Globe, and a number of Luhmann’s recipes were published in Gourmet magazine.In 1989 he moved to the Berkshires and became the opening executive chef at Kimball Farms Life Care in Lenox. He transitioned to director of dining and nutrition soon after arriving and held that position for 11 years.After almost 20 years running food services in various retirement communities, Luhmann changed pace and became the food manager at Nejaime’s Wine and Cheese in Stockbridge for a number of years before beginning semi-retirement as a cheesemonger, running wine tastings and generally spouting blarney at Guido’s Fresh Marketplace in Pittsfield. It was during that time he began writing occasional food columns for the Berkshire Eagle.He lives in Pittsfield and enjoy cooking at home for friends and family, foraging while hiking and listening to live music whenever he can with his partner, Lois, and any friends able to join them. 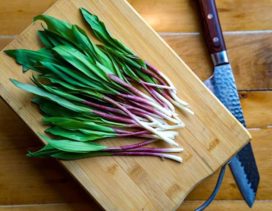 In his latest column, the Chef talks ramps — where to find them and how to sustainably harvest them — and shares an easy ramp butter recipe that can be used with many dishes. 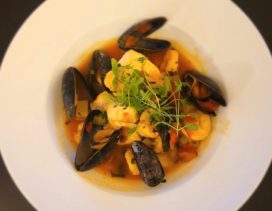 On Howard Mitcham, goosefish, and caldeirada

It’s hard to believe that a fish with so many disagreeable attributes can make for a wonderful meal, but it most certainly can. It’s not called "poor man’s lobster" for nothing. 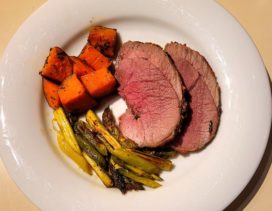 The question is: What’s for Easter dinner? For most Americans, the choice is usually ham, but this time Bob chose lamb, marinated in yogurt and mint. 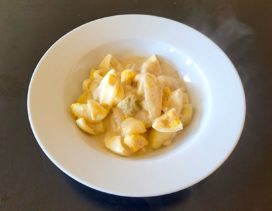 The Irish and their spuds

In celebration of St. Patrick's Day, Bob Luhmann offers a short history of the Irish potato "famine" that was more "conscious indifference," and a Curran family recipe for sowsheen. 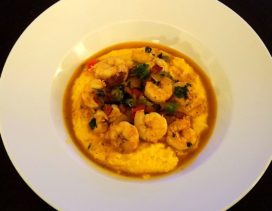 To my fellow Yankees whose knowledge of grits may be limited to their reference in “My Cousin Vinny,” I’ve found they’re an excellent vehicle for spicy shrimp or poached eggs. 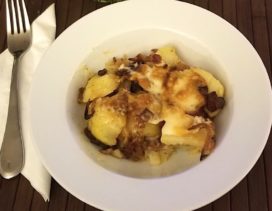 You may want to forget the possibly imposing French name, as it’s essentially a potato and cheese casserole. Then again, you may want to maintain its French heritage to impress your friends and fami 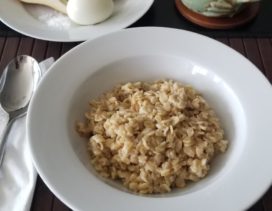 On oatmeal: The way forward

I’m going to take a wild guess that the cooking of oatmeal probably doesn’t show up on your top ten list of controversies, but it is within my incredibly shrinking universe and, since I’m writin 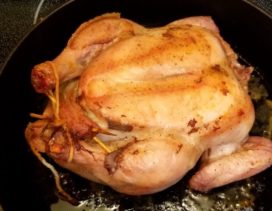 I decided to roast two chickens, which provided us with most of the main courses for our lunch and dinners over the next three or four days. The other advantage was this savings allowed us to enjoy mo 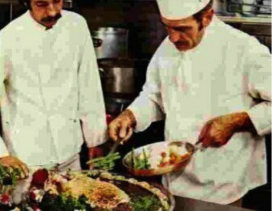 Dreams and nightmares of a former restaurant chef: Part Four

After realizing I was in an untenable position, I surveyed who was having the most success with girls and had to put up with the least amount of crap. It became clear two positions stood out: those of 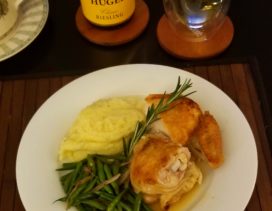 As an out-of-work former chef rattling around the house and needing to be compulsive about food, I set out on a quest for the perfect brick chicken.