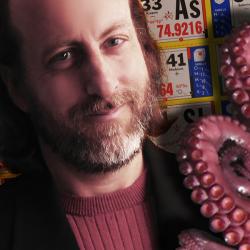 Monday, 30 Mar 2020 - 'Don’t call the governor of Washington; you’re wasting your time with him. Don’t call the woman in Michigan. It doesn’t make any difference what happens.'

ORANGE ALERT: Die for me

Thursday, 23 Jan 2020 - The obvious answer is that he’s getting away with something, and everyone knows it.

Sunday, 5 Jan 2020 - Trump tweets predicting Obama would start a war with Iran to get re-elected are coming back to haunt him.

Tuesday, 10 Dec 2019 - "When he betrays that trust and puts himself before country, he endangers the Constitution, he endangers our democracy." -- U.S. Rep. Jerrold Nadler, D-New York

Tuesday, 26 Nov 2019 - "I have not talked to a single military officer who would be in favor of pardoning any one of these three…" -- Gary Solis, a 26 year veteran of the Marine Corp

Wednesday, 20 Nov 2019 - A veteran of the Iraq War who was awarded a Purple Heart after being wounded by a roadside bomb, Lt. Col. Alexander Vindman nevertheless has faced unfounded attacks.

Wednesday, 13 Nov 2019 - We have a president who simply doesn’t believe that Congress is a coequal branch of government.

Thursday, 10 Oct 2019 - Trump downplayed the alliance with the Kurds, 11,000 of whom died fighting to help the U.S. mission against ISIS.

Wednesday, 2 Oct 2019 - The president had often talked about fortifying a border wall with a water-filled trench, stocked with snakes or alligators, prompting aides to seek a cost estimate.

Monday, 9 Sep 2019 - The NWS Birmingham office had tweeted that Trump was full of crap and Hurricane Dorian was too far east for Alabama to be impacted.

Friday, 30 Aug 2019 - President Trump and the White House forced to clarify, spin and backtrack on numerous statements made by the President.

Saturday, 24 Aug 2019 - "The only kind of people I want counting my money are short guys that wear yarmulkes every day.” -- President Donald Trump

WATCH: CLOSE THE CAMPS, Lights for Liberty protest in Pittsfield

Thursday, 1 Aug 2019 - Watch this video of local demonstrations against the detention camps along the U.S.-Mexico border caging desperate immigrant families who are fleeing savage conditions in Central and South America.

Monday, 15 Jul 2019 - Immigrants & their children are the heart of our country. I am proud to be ‪#MadeByImmigrants‪@realDonaldTrump racist rhetoric only makes me fight harder for all.

Thursday, 4 Jul 2019 - Trump regularly praises men who use their power to run a country in ways that support their own interests.

Thursday, 27 Jun 2019 - The President wants us to believe he didn't rape Carroll because she is not his type. This means, of course, that there actually is a type that he finds, what -- worthy of sexual assault?

Thursday, 20 Jun 2019 - A stack of evidence that Trump either doesn't understand or doesn't care about the idea of the presidency as a stewardship, a public trust...that is meant to be handed off after a bounded time period.

Friday, 14 Jun 2019 - Worst of all, he seems oblivious to the betrayal of American democracy that he is advocating.

Thursday, 13 Jun 2019 - The president of the United States is effectively scolding our intelligence services for doing their jobs.

Thursday, 6 Jun 2019 - Kessler noted that Trump's rate of saying false or misleading statements has picked up recently, alleging the president had made 171 such statements in the previous three days.

Wednesday, 5 Jun 2019 - Trump’s world still appears to face 16 known criminal and civil probes, from as many as a dozen different federal, state, and local prosecutors.

Thursday, 23 May 2019 - Trump praised his Chinese counterpart Xi Jinping in March 2018 after the ruling Communist party announced it was abolishing the two-term limit for the presidency.

Saturday, 4 May 2019 - In Barr’s testimony before the Senate Judiciary Committee on Wednesday, he acted not as America’s attorney, nor even as an attorney for the Office of the President. He acted as an attorney for Donald J. Trump. Source: https://www.latimes.com/opinion/op-ed/la-oe-bassin-florence-barr-trump-hearing-20190502-story.html

Tuesday, 23 Apr 2019 - "I am sickened at the extent and pervasiveness of dishonesty and misdirection by individuals in the highest office of the land, including the President." -- U.S. Sen. Mitt Romney, R-Utah

Monday, 22 Apr 2019 - Even if he had obstructed something, he would have been well within his rights. Oh, and in the end, it was all Barack Obama’s fault.