Bob Goepfert has been an arts writer and critic covering the Berkshires and Albany area for over 30 years. He has written for the Troy Record, the Saratogian and the former Knickerbocker News. His reviews can be heard on public radio at WAMC. In 2014, he was, for the third year in a row, named by Metroland as the area's Best Arts Writer. He is an award winning theater director and was the executive director of the Palace Theatre in Albany from 1988-2002. 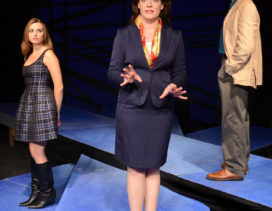 “Tomorrow in the Battle” is memorable, penetrating theater that will make you think and feel. Who knows. It may even be a masterpiece. 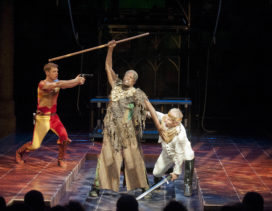 Epstein is good at telling a dramatic story well. However, he forgets that the plays of Shakespeare are not about the stories alone but about the inner truths discovered by the characters.