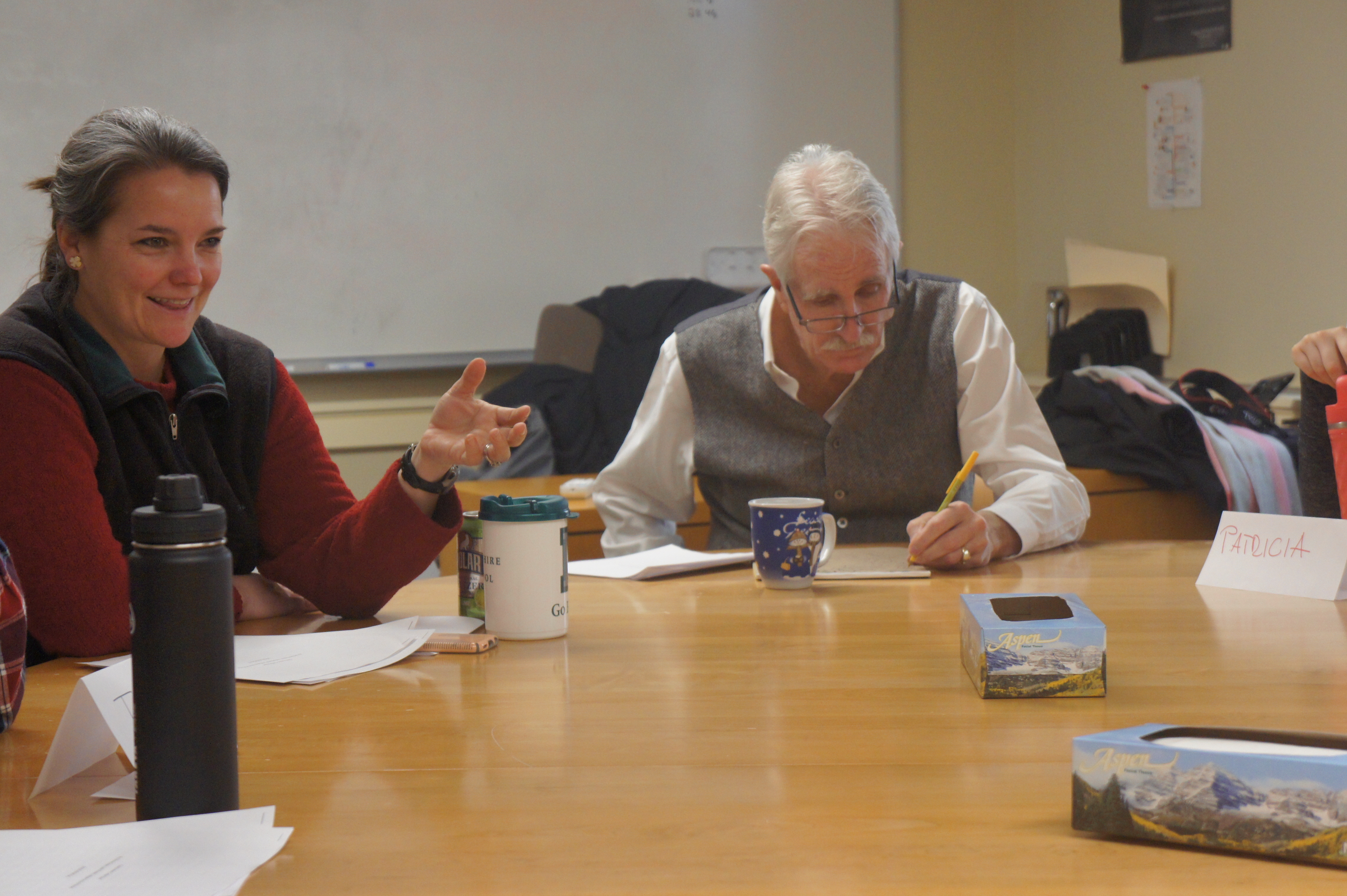 New York Times bestselling author Harry MacLean spent this past week in residence at his alma mater, Berkshire School, as part of a unique week-long experience found “under the mountain,” a nod to the school’s 400-acre Sheffield campus located at the base of Mt. Everett, beneath the shadow of Black Rock.

MacLean’s return to campus was heralded by the school’s Pro Vita Winter Session, a yearly celebration of the school’s motto — Pro Vita Non Pro Schola Discimus — which translates to “Learning — not just for school but for life.” MacLean teamed with veteran English teacher, Kelley Bogardus, to teach True Crime, one of more than 50 courses taught by faculty, parents, alumni, friends, and even students themselves. This year’s events, “Pro Vita: 10 Years of Exploration For Life,” marked the tenth anniversary of the program’s inception.

Development and marketing of a book proposal, based on true crime stories — in which the student authors explore actual crimes — was the basis of MacLean’s workshop. The author of The Joy of Killing –– a meditation on human nature and the origins of violence — brought a wealth of life experience to Berkshire Hall where he met, over the course of five days, with eleven students who worked in groups to investigate a true crime and develop a book proposal. “Once they got a hold of someone, a phone call was returned, they lit up,” said MacLean, citing the constraints of time as the biggest hindrance to the students’ process. He went on to say that he was “impressed with the development of theory in each case” as well as the enthusiasm of students who were fully engaged in discovering the fun of investigation.

“I’m an introvert,” MacLean admitted, divulging that he started off scared to death of making phone calls and knocking on doors. “But if I could get in the door, I was set,” he told students who took MacLean’s advice to heart. Each group formulated a working hypothesis to guide their work; what ensued were authentic true crime investigations: leads were pursued, investigators were contacted, and visits to both prisons and schools were attempted.

“Get close enough to them so they will open up and trust, but maintain distance,” MacLean advised, noting the interesting balance that must be struck when pursuing true crimes. “The risks of writing a book like this are that you get emotionally involved with these people.”

Bogardus facilitated discussions that helped her students to explore human nature and apply it to the study of criminal conduct. They debated questions such as what sort of crimes meet the requirements of a good true crime novel? What can be original in the work? What possible impact might the book have? And then there was the pathology. “We are all a product of the human condition — we all make mistakes — but what pushes individuals over the edge is intriguing,” said Bogardus.

Her students were similarly fascinated. Four emerged victorious on Friday morning, after pitching their concept — Crossing the Lines — a book proposal based on the supposed crimes of Charles Albright, otherwise known as “The Dallas Ripper” or “The Eyeball Killer.” One student said, “I’m not trying to justify [the protagonist’s] actions, but they made sense on some level.”  Another student commented, “I had to wrestle with the character’s actions.”

“The challenge is to tell the story again, in a new way, when the outcome is known,” said Lucia Mulder, panel judge and Pro Vita committee member at Berkshire School. Culled from her years of experience in publishing, she asked the group, “What’s the hook? What’s going to keep the reader turning the pages — that’s what will sell the piece,” she added. Mulder went on to note that the lessons of Pro Vita are often retrospective, despite their connecting to the core values and “for life” initiatives at the school. “Each Pro Vita class is designed to have an outcome: from making a steak to presenting a proposal, the end result is to showcase what has been learned through a process.”

As for his return to Sheffield? MacLean attended Berkshire School, “back when it was single sex and most of the teachers were bachelors.” Of his teachers he said, “they would teach me and then it was over. I don’t remember minding, but it was a dramatic difference to what I feel here [on campus] today.” MacLean was struck by the school’s current students and their percolating curiosity; there is “more sense of community, more enthusiasm, more to do,” he said, when compared to the rather austere school he attended decades ago. “That was a difficult period of my life,” he added. That MacLean returned, for just the second time in roughly 50 years, speaks to the commitment he holds not only to his craft, but also to inspiring others.

The goal of Pro Vita is for students to have the opportunity to explore the larger world around them and to apply the school motto. “Pro Vita is all about pursuing a passion,” said Bebe Bullock, Pro Vita director. “Some students come to Berkshire knowing what they love and what they’re already good at but Pro Vita gives kids a chance to try something new.” True Crime was just one of myriad opportunities — including classes, off-campus trips, performances, and speakers – for students to explore their passions and develop an enduring love of learning.

“You are getting on an elevator — going to the 7th floor — and someone gets on and says to you, ‘I understand you are writing a book– what’s it about?’ ” No doubt that as Robert Frost said, “somewhere ages and ages hence,” one of these young student writers will go on to recall the late winter morning she learned the merits of the classic elevator pitch, from author Harry MacLean, in a classroom setting rife with far-reaching parameters. Proof, indeed, that we are constantly learning — not just for school, but for life.