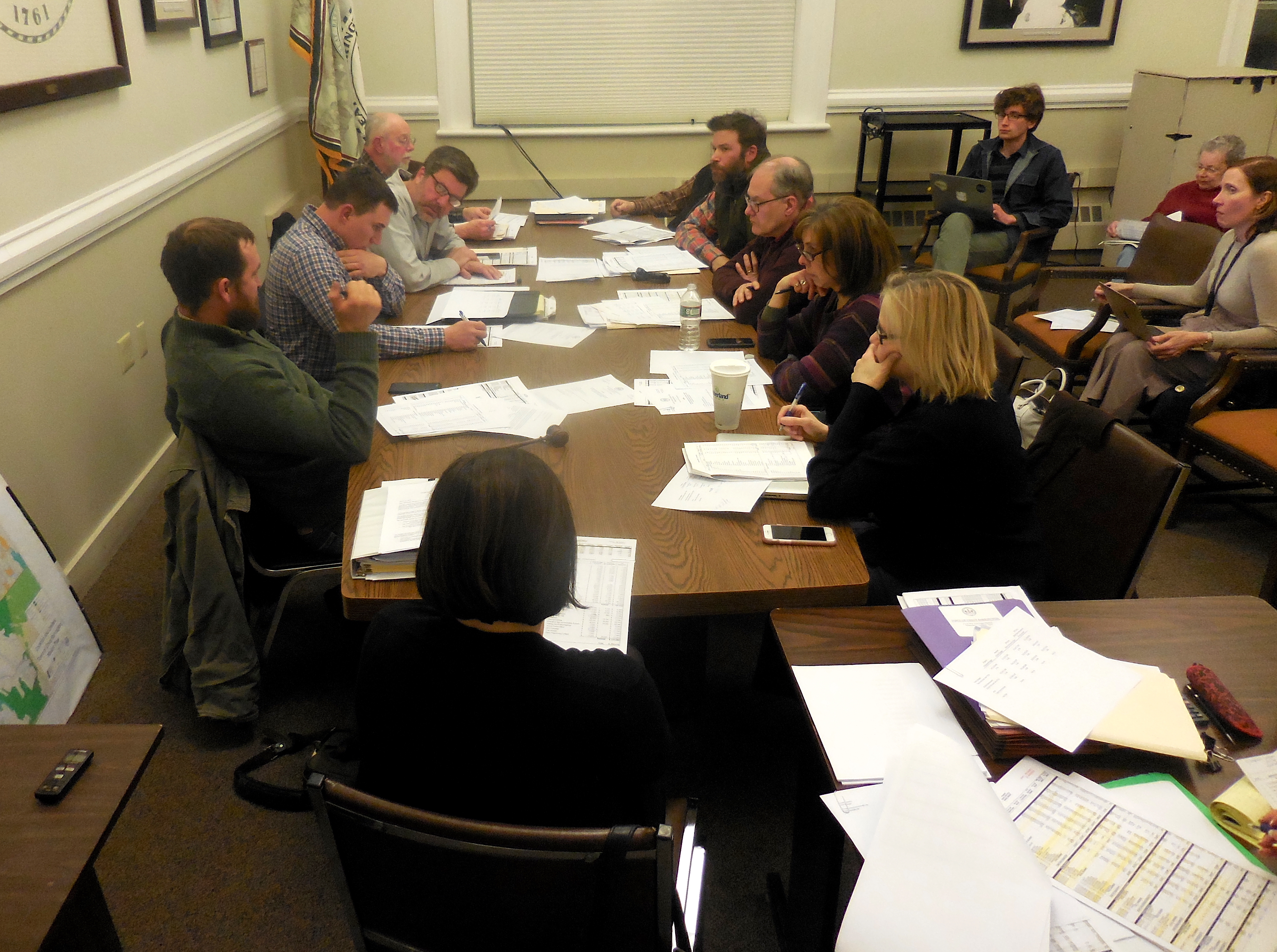 Great Barrington — Like the winter of 2018, budget season won’t loosen its grip on much of the Berkshires. It has been particularly painful to watch in Great Barrington, where taxpayers are facing a 5.39 percent increase in the town’s annual contribution to operate the Berkshire Hills Regional School District, which approved its own spending plan last week.

Perhaps as a result, most of those who are crafting a budget proposal for town services are wary of budget increases coming out of town hall, where officials are fond of insisting that the town shows more restraint in its spending than the school district.

Such is the case in Great Barrington’s current budget season. When budget deliberations began earlier this year between the Select Board and Finance Committee, officials clearly felt the draft budget crafted by Town Manager Jennifer Tabakin needed to be trimmed. So they sent her back to the drawing board to cut almost $250,000 from a total of more than $11.7 million.

After Tabakin complied, they asked her to cut $200,000 more and to identify ways in which each department could cut its budget by 2 percent. Click here to read a memo to the two boards from Tabakin that she distributed Monday night (March 19) recounting the history of the budget season so far, along with the options she put on the table to achieve the reductions.

As presented, Tabakin’s cuts exceeded what the boards had called for, coming in with a plan to cut a little more than $222,000 when she had only been asked to trim $200,000. In order to achieve the savings, Tabakin had to eliminate positions or cut their hours. She also had to cut individual line items in the budgets of departments.

Under the plan, an additional full-time firefighter proposed by Chief Charlie Burger was cut. Other positions that would have been eliminated included the animal control officer, parking enforcement officer, the Housatonic Community Center custodian and the tree warden.

The possible elimination of the parking enforcement officer opened a few eyes. The officer is paid about $15,000 per year but brings in just shy of $20,000 in revenue. So eliminating the position would have actually cost the town money, at least in theory.

Select Board Chairman Sean Stanton asked Police Chief Bill Walsh whether he could envision his officers taking on the duty of parking enforcement.

“No, I can’t,” Walsh replied. “[Daytime] is our busiest shift. We have two officers on duty. There would be some parking enforcement but nowhere near as close to what it is now. It would be a minimal enforcement effort compared to what we have now.”

So elected officials sort of split the difference. They cut the enforcement officer’s wages and hours to $10,000 per year and hoped they would not lose revenue. Tabakin’s plan would have eliminated the animal control officer, which Walsh told the boards the police could not cover adequately as well.

Tabakin cited some statistics concerning animal control officer Shep Evans. Last year, he responded to 139 miscellaneous calls, including 69 problem animals, 21 calls for pickup, 29 calls for loose dogs, and calls to respond to a rattlesnake, a dead racoon and even dead bats. In addition, Evans goes to training regularly, as required by law. So the boards left his $11,000 stipend alone.

DPW Superintendent Sean VanDeusen was asked if his department could cover the duties of the Housatonic Community Center custodian and the tree warden. He said his crew could cover it but at a lower level of service. So the positions were cut.

Perhaps the largest potential cut presented was in the town’s library department. Tabakin’s plan called for a total of more than $9,000 in cuts to line items covering office and programming supplies, nonprint materials, books and subscriptions and training.

Library Director Amanda DeGiorgis warned that the budget cuts would not go unnoticed. There will be fewer newspapers, magazines and programming materials. Surprisingly, however, library trustee Kathleen Plungis supported the library department cuts.

While noting that “Great Barrington is the hub of South County, people come from other towns comes to our libraries … and are taking advantage of us,” Plungis nevertheless added, “I support the reduction … we need to make the cuts whether we like them or not. The town manager was asked to make the reductions and she did it.”

Plungis and others suggested they were concerned that the cost of living was rising in town to the point that people of modest means could no longer afford to live in Great Barrington. And they pointed to rising taxes as a factor.

Both the Select Board and the Finance Committee stuck with the library cuts as presented by Tabakin. The boards also let other cuts stand, such as $12,000 from the parks programming and management budget.

Selectman Ed Abrahams appeared exasperated at some of the cuts. “Let’s not pretend these are not cuts in service,” he said, adding that the budget without the cuts would only amount to about “$74 [per year in taxes] for the average homeowner.”

“We’re starting to cut foolishly,” Abrahams insisted. His motion to restore the $12,000 from the parks programming and management budget failed for lack of a second.

“This is a year of real austerity,” said Finance Committee Chairman Tom Blauvelt.

Tabakin, too, appeared frustrated with the mood of austerity that had gripped most of the members of the two panels.

“These cuts aren’t doing very much,” Tabakin said. “They have a big impact on service but very little in terms of the finances.” She suggested the boards “look at big picture and do some planning as opposed to cutting at the last minute.”

With this latest adjustment to the spending plan, the total town budget proposal will be presented at a public hearing on April 4. In response to a request for revised budget numbers after the final cuts were made, Tabakin sent the following email Tuesday afternoon:

Taxpayers will weigh in on both proposed town and school budgets at the annual town meeting on May 7.