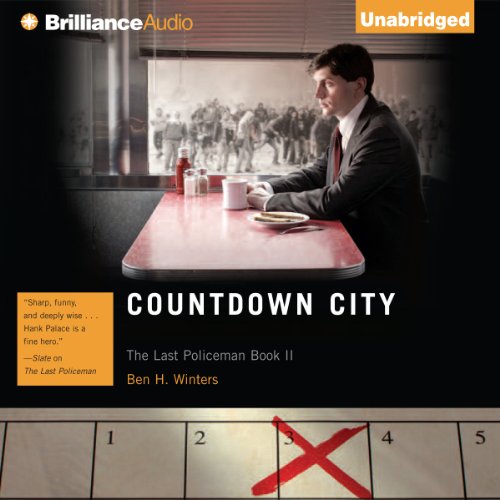 Here we have all manner of whodunits: one audiobook is set in a dying world; another is full of creepy characters; and one takes place in a cold, harsh landscape. A Boston-based story that is almost hard-boiled rounds out the collection.

Author Winters came up with a truly original idea in “The Last Policeman,” his first book in the trilogy. Both installments are set in Concord, New Hampshire, and revolve around detective Hank Palace, a civil servant trying to keep calm and carry on amid imminent world destruction as an asteroid hurls toward Earth, promising another Ice Age upon arrival. Society has quite unraveled by the time this installment starts, so not only do we hear Palace try to solve a missing persons case, but he chronicles an end of times that is less sturm und drang than a slow-moving societal psychosis. At first Berkrot sounds too much like a character actor than a leading man, as his voice is a little high and less than authoritative. However, as the audiobook unfolds, you come to enjoy his everyman persona, which quite suits the story. Grade: A 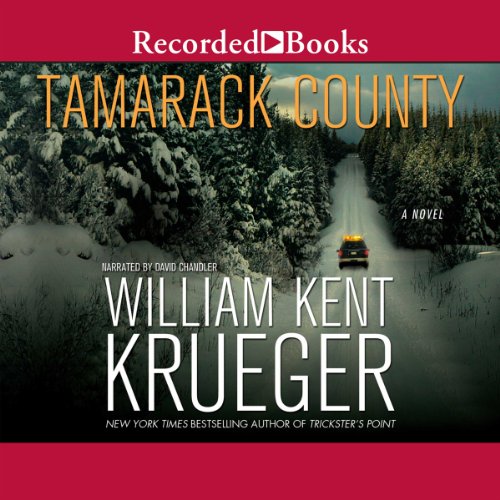 Tamarack County
William Kent Krueger; read by David Chandler
Recorded Books, available as a library edition, or as a rental from www.recordedbooks.com, or as a download from www.audible.com, $27.99

The 13th in a series featuring Cork O’Connor, a former sheriff and current investigator in Tamarack County, Minnesota, this does a decent job as a stand-alone mystery because Krueger provides a backstory and old histories in a fluid manner. O’Connor is an intriguing ethnic mixture of Ojibwe and Irish, which realistically reflects the mixed heritage so often found in northern Minnesota. A single dad whose children become embroiled in this gripping story of murder and revenge, O’Connor uses both his smarts and his spirituality to find the truth in a dark and ugly series of crimes. Chandler has a commanding manner and a slightly raspy, deep voice that easily carries this story. Instead of employing different accents or vocal personalities, he successfully changes his tone and pacing for different characters. Grade: B-plus 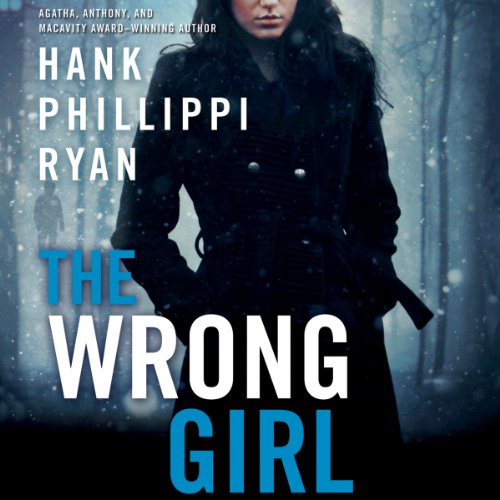 In her sequel to “The Other Woman,” author and investigative reporter Ryan gives us another thriller featuring Jane Ryland, a reporter at the Register, a Boston newspaper. Ryland’s friend Tucker Cameron thinks her recently reconnected birth mother is not the real thing, and wants Ryland to look into the adoption agency that originally placed her. It turns out that much is awry at that agency. Ryan creates a realistic feel for the unglamorous work of a reporter and Ryland comes across as smart and savvy, but her on/off romance with cop Jake Brogan is reduced to a few furtive conversations and little else. Narrator Kadushin has a great sense of timing, a pretty voice and the ability to express emotion without overdoing it. Her Bostahn accent, however, is lacklustah and uneven. Grade: B 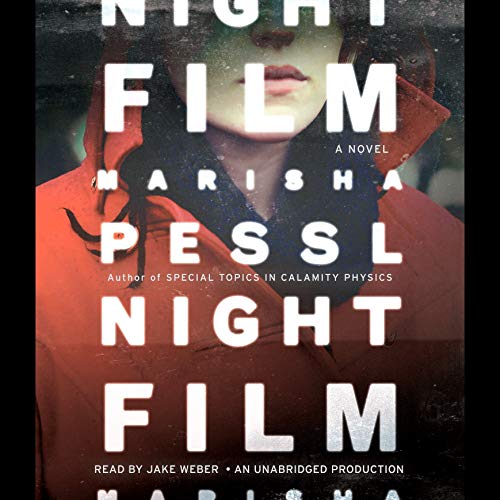 Even though it could have used some trimming, this is almost worth the 23-hour commitment as the characters in this eerie thriller are intriguing, even if flawed. When the daughter of a strange and reclusive film director is found dead, a journalist who was once disgraced by her father becomes obsessed with uncovering the cause of her death. Supernatural elements figure into this thriller, which is surprisingly entertaining despite the fact that the journalist occasionally acts like a complete idiot. Though this may not be her best effort, Pessl does come up with some lively descriptions and her characters are realistically nuanced, plus she provides us with a doozy of an ending. Weber is an asset, being that he is easy on the ears and always sounds natural. This is better heard than read, as Pessl annoys readers with a massive overuse of gimmicks and italics. Grade: B-minus