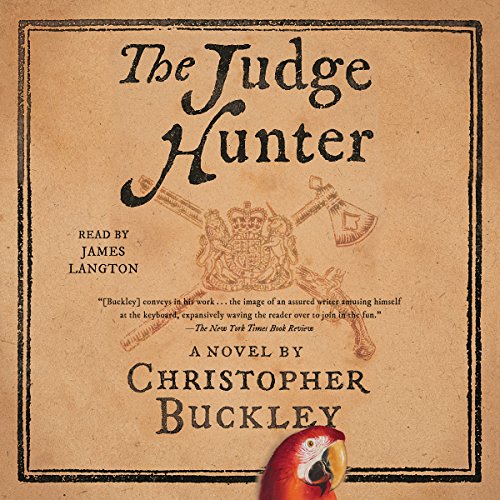 Christopher Buckley starts us off this week with another of his smart comedic novels, followed by an autobiographical novel and a memoir. Please remember that all titles, including downloads, are available at your local bookstore and library.

Smart and funny, this comedic novel opens with faux entries from Samuel Pepys’ diary, beginning in 1664. The famed diarist’s brother-in-law is a hapless and annoying little man soon dispatched to the New World in search of two judges who, years earlier, helped to murder Charles I. There is adventure, romance, actual historical figures and lots of Buckley’s usual sassiness. Langton rises to the challenge with a fast-paced narration and a healthy peppering of prickly dialogue. Dutch, English, American and French intonations roll off his tongue with grace and ease — a most satisfying caper. Grade: A-minus

Based on the time in the 1960s when Coelho (“The Alchemist”) was wandering the world as a free-spirited hippie, this autobiographical novel is part travelogue, part anthropological treatise and part exploration of religion. The first third of the novel drags, but his writing and revelations grow richer as the Paulo of the novel travels the world, rides the Magic Bus, flirts with religions and finds a girlfriend. This portrait of the artist as a young man may be revelatory, but it is not Coelho’s most memorable. Halstead nicely balances both the wonder of new discoveries with the slightly snarky, slightly cynical tone conveyed by the protagonist. Grade: B

Heartland: A Memoir of Working Hard and Being Broke in the Richest Country on Earth
Sarah Smarsh; read by the author
Simon & Schuster Audioworks, nine hours and 30 minutes. eight CDs, $29.99/www.audible.com download, $20.99

This is a powerful recollection of need and determination by a young Kansan with firsthand knowledge of generational poverty. Aside from a very strange and annoying conceit in which the author talks to the baby she never had, Smarsh writes with an honesty and rawness that is nothing short of compelling. She breaks apart perceptions about the working poor and reveals the scars and long-lasting effects of poverty, especially upon women. However, Smarsh is only a so-so narrator. She has a realistic Midwestern twine, but her phrasing is sometimes so awkward it becomes intrusive. Grade: B-plus