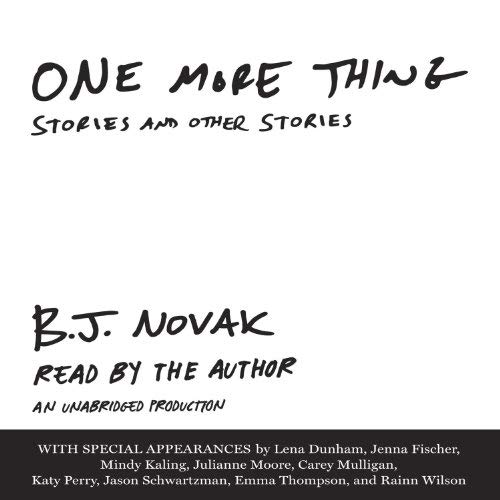 Short stories and essays are on the menu this week, ranging from funny to futuristic as well as bleak to political. All titles reviewed are available as downloads from www.audible.com.

This is not your average collection of short stories, but then first-time author Novak is not your average writer, having served as co-star, writer and co-executive producer of NBC’s “The Office.” We expect funny and we get it, but not in a format we might expect. Many of the selections are true short stories while others are comedic vignettes that last only a few sentences. Some are cleverly written, others give something to chew on, while a few are just odd. For the most part, this is wonderfully entertaining, though the narration is annoying in that different voices appear but we do not know until the very end which reader narrated each story. All have a fine comedic timing and a natural ease, but it would have been nice to have them identified at the beginning of each tale. Grade: A-minus 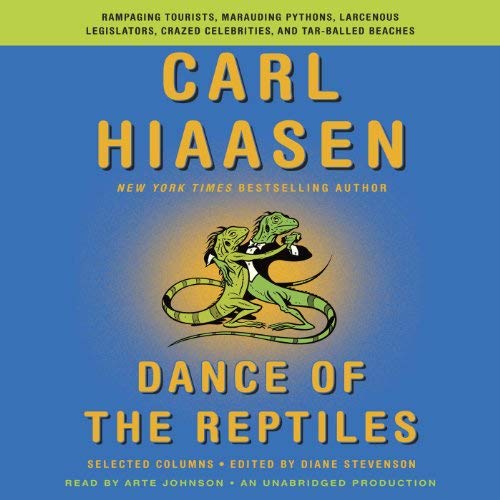 If you like your outrage peppered with humor, this fine collection of essays will give you an earful of infuriating stories culled from the news. Hiaasen, best known for his outrageous fiction, has been writing a weekly column for the Miami Herald for years, and these essays date back to 2001. As a platform for caustic indictments against those people and policies he believes are ruining Florida, you can be sure that the “reptiles” of the title sometimes refer to greedy politicians and ignorant tourists, not just scaly critters. Hiaasen is often acerbically funny and never pulls any punches, often using irony and sarcasm as deadly word weapons against such foolishness as British Petroleum’s plan to stop the Deepwater Horizon spill with car tires and golf balls. The problem is it is a bit one-note and, while Johnson deftly delivers the sarcasm, humor and anger of the essays, he sometimes pauses awkwardly. Grade: B-plus

Stories of Your Life and Others
Ted Chiang; read by Todd McLaren and Abby Craden
Tantor Audio; 9 CDs; 10.5 hours; $30.09

Hugo and Nebula Award-winner Chiang’s first collection of short stories is a provocative and intelligent collection of eight tales that can best be described as literary science fiction. He tackles the “Tower of Babylon,” but gives the biblical tale a twist. Science, physics, math, religion, aliens and language are all grist for this thoughtful mill. In “Understand,” a character’s IQ is massively enhanced after submitting to experimental “hormone K therapy.” As the character understands what he has become, the story turns into something akin to a spy thriller that is fascinating on several levels. Narrator Craden has a somewhat more relaxed, natural approach than McLaren, though he does bring a certain gravitas to his narration. However, one wishes he were occasionally a little livelier. Grade: B-plus 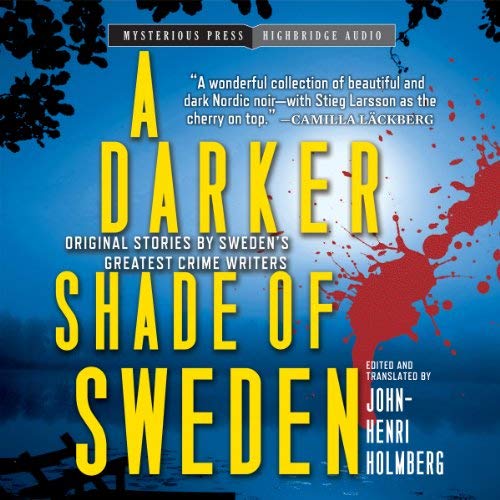 This promises more than it delivers but, since there are 17 selections, you’re bound to find more than enough to make it worth your time. The biggest problem is the endless parade of introductions. There is an extremely lengthy intro from the editor, then introductions before each story, followed by a post-story wrap-up that often contains information we’ve already heard. When we finally get to the stories, they are an uneven lot. A few are taut and intriguing, some are overly bleak and others lack a firm conclusion. It is not a surprise that “Millennium Trilogy” author Stieg Larsson’s posthumous entry was written when he was only 17, because it is nothing special. Ditto for the much-touted story by his partner, Eva Gabrielsson, whose first fiction entry is included in this collection. The narrators keep the pace moving along and all are professional and polished. Grade: B-minus